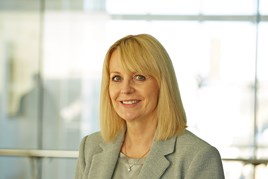 Zenith Vehicle Contracts has been named Outstanding Employer in the Excellence in Business Awards.

Zenith recently completed its sixth MBO in 28 years. The investment by Bridgepoint supported the acquisition of CVL, which expands the company’s operations into the HGV market.

The company also announced the appointment of Lord Rose as its chairman and has experienced a record year for its its apprenticeship scheme.

Zenith hired 100% of its interns into permanent roles as the business moves to address the automotive industry’s skills shortage.

Zenith’s HR director Marisa Waddington (pictured) said: “The award is great recognition for the team at Zenith. We have worked incredibly hard to build a high-performance culture that puts the customer at the heart of everything we do.

"Zenith aims to attract great people to do great work.”

Zenith has been awarded a Princess Royal Training Award for putting its employees first.

Leasing and fleet management provider Zenith has appointed Lord Rose as its chairman.

Zenith was ranked at 42 in the annual Sunday Times Grant Thornton Top Track 250 round up of the UK’s most successful mid-sized private companies.