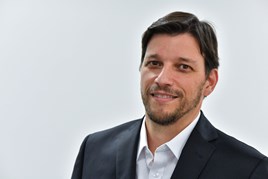 Arval UK has announced that Benoit Dilly, who has been managing director of the UK business since 2013, has been replaced by Miguel Cabaça.

Dilly has taken up a new position within the BNP Paribas Group, based in Paris. Having held the managing director role for more than four years, he leaves the UK business following a period of sustained organic growth, and the successful integration of the GE Fleet business, which have allowed Arval to grow its market share in the UK and almost double the size of its leased fleet (from around 85,000 vehicles to more than 160,000 today).

Cabaça, who officially started the role in November, moves to the UK from Arval’s corporate head office in Paris where he was director of private lease for Arval. Previous to that, he held a number of management roles within the BNP Paribas personal finance business which he joined in 2000.

Arval says that his experience makes him perfectly equipped to provide continuity for its employees and customers.

The company has made significant strides in safety on its own company car fleet – recording a new, record low incident ratio of just 14.1%.

Informi and Arval partnership will provide leasing advice to SME’s

Informi has partnered with Arval to provide information to SME owners on how to manage company cars and vans.

Government plans to install fibre optic cables under motorways which will beam traffic information to suitably-equipped cars and vans.