Reducing the stress of contract negotiations 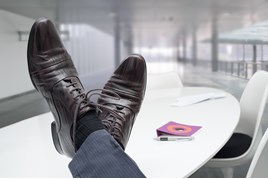 Given that most companies are spending hundreds of thousands of pounds over the life of a leasing contract, it is surprising how little time and thought some apply to tender documents for a funding supplier.

A contract with a leasing company is a valuable and vital partnership, a crucial part of the daily running of a business and, like any good relationship, it deserves investment of time and effort.

Preparation is everything. Approach it methodically and dispassionately and your company will go through a productive process that will elicit the right provider or providers to help fund and run the fleet.

First and foremost,  says Paul Hollick, chairman of the Institute of Car Fleet Management (ICFM), fleets should “work out why they need vehicles in the business and then the method of funding they want”.

He adds: “If they are doing the hard work of going out to tender, they might as well give a cursory glance at the overall architecture of the fleet and how they want it to work.”

The next move should be to look at internal policies to see which ones need to be applied to the tender: ethical purchasing, environment, sustainability, health and safety, values and behaviour will all need to be included. A cultural fit is crucial.

Fleets which already know what is available in the market do not need to do a request for information (RFI), but if they want to test the temperature of the water, sending out an RFI to a broad selection of leasing companies will give a clear picture of what the industry is doing.

Those already well versed can skip to the next phase: a pre-qualification questionnaire (PQQ).

These generally cover areas such as finance, quality, equal opportunities and health and safety considerations, but can include any areas of specific interest to a company.

“Our PQQ is in line with our ethical trading policy,” says Peter Bonney, fleet controller at Salvation Army, which has 750 cars.

“We are a church and charity and have a stance on weapons manufacturing and gambling, so they feature in our PQQ. A tobacco company is not going to have same requirement.

“The questionnaire helps us see who most closely matches our standards.”

Having narrowed down the number of bidders, the next document a company sends to the selected leasing companies has to give them a clear picture of the constitution of the fleet.

“Give a precise vehicle specification, what they are used for, the renewal profile and include the challenges and opportunities the buyer would like to explore, so that the leasing company can understand what a fleet is trying to achieve,” says John Webb, principal consultant for Lex Autolease. In addition, a fleet should explain what services and products it needs from the recipients and how it is weighting the answers.

It is essential to keep this document simple, unambiguous and to ask only questions that need answering.  If ‘nice to have’ items are included, they will be priced into suppliers’ responses, although it will also identify suppliers willing to add value with free-of-charge services. It is a balance between being concise and informative.

Bauer Media recently put its business out to tender and group fleet and risk manager Debbie Floyde advises being as descriptive as possible.

“I opened by telling them about us, what we do, how  we operate, size of fleet and then went on to say ‘this is what I want, can you provide it and at what level and what cost?’,” she says.

There is a tendency to make bid documents too complicated, which will cause some companies to decline to participate and others not to complete it properly.

And fleet managers should not be tempted to re-hash old tender documents: it is highly likely their business has moved on from the conditions that drove it five years ago.

Fleets should word tenders in a way to elicit useful answers. “I have learned that it is important to ask valid questions when you are going to differentiate potential suppliers on the basis of the answer,” says Bonney.

“For example, the question is not how many repairers a provider has in its network because more will not necessarily improve the service. Ask them how they manage them.”

Misunderstandings are quite common, so fleet managers should spell out what they expect from their potential supplier and provide a clear statement of works, such as contact with drivers – will the leasing company be handling changes of tax disc, tyres, motor insurance policies and attendant database?

Similarly, a fleet should spell out how it is going to deal with issues such as excess mileage, levels of breakdown cover, etc., so that there is no room for error.

“It goes wrong where fleets think they’ve bought something and the leasing company thinks they’re selling something else,” says Hollick. “All these things need to be worked through. A provider will price the minimum for fear of being discounted because it is too expensive. It’s not the big jobs, it’s the half-an-hour a month jobs, reporting packs – who does the reporting to line managers?

“If a fleet manager needs a new vehicle and needs a line manager’s approval to do it, should the fleet team be doing it or the leasing company? Nitty gritty bits of service requirement needs to be documented on a clear statement of works and written into contract, too.”

Procurement is playing an increasing role in the tender process, which has improved the quality of the documents sent out, according to Webb. There is, however, a downside.

“It often becomes clear with procurement-led tenders that they have not consulted widely enough with internal stakeholders such as finance, fleet managers and HR,” he says.

“As a result, they restrict quotations to contract hire only, for example, when an alternative arrangement may be a better fit, and then they miss opportunities.”

Scoring and weighting can often be a thorny issue. “I have rarely seen an RFI where the weighting towards pricing is less than 60%, which I think is fundamentally dangerous,” says Hollick.

“Leasing prices fluctuate from month to month because residual values move and discounts and interest rates change, so to rely on a static price is risky. I would like to see it turned on its head, with less than 40% based on price and more than 60% based on qualitative information.”

Quotes should be based on wholelife cost, but a tender document that is too prescriptive does not give suppliers the opportunity to demonstrate added value, their full range of capabilities, innovation or thought leadership.

Only if you are running a competitive bid for more than one provider do you want to preclude the latter two features in order to be able to compare like with like.

However, this can prove difficult. Even when Bauer Media ringfenced the quote, Floyde found it difficult to obtain comparable answers. “I gave the P11D value of the car and told the leasing companies not to use any support and to show the interest rate,” she says. “You would be surprised at how varied the answers were.”

Presentations are an important factor and were revealing. Bauer’s incumbent leasing company arrived with five people from chief executive to account manager and “gave a professional presentation, as we would expect”, says Floyde.

One potential supplier could not make it because the account manager had suffered a family bereavement.

“With quite a sizeable fleet, you would have thought someone could have stepped into the breach,” adds Floyde.

A third company sent two people Floyde had not been talking to during the tender process and one of them talked about commercial vehicles.

“I have none. They had not read the brief – which doesn’t give you any confidence,” she says. The process took just two months and the incumbent won the contract.

Realistic timescales are also important. “When you are looking for complex commodities and services, setting unrealistic deadlines means the quality of the submission is less than the process deserves,” says Webb.

The rise of online bids has led to another restriction: giving insufficient space for a response. “It is silly to put ‘100 words max’ for a complex question,” he says.

Bonney advises that it is important to ensure that everything you negotiated with suppliers, and agreed when you go to tender, has been put into the contract.

“You need to describe the period of the contract: is it continuous, with no time limit? Or are you going to put a limit on it or have it closed with some sort of review period?” he says. “It is good discipline to review the contract every few years, even if you are not changing leasing companies.”

Hollick has one final piece of advice. “The most important factor is to treat your supplier as a partner,” he says. “You want to get the most receptive, most sustainable partner you possibly can, who will work with you in the long term to help shape your business.”