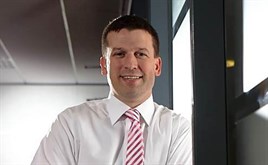 Eighty per cent of work-related deaths in the UK are believed to occur on the road, making road risk the biggest occupational risk for companies.

Fleets attending the BT Fleet conference last month discussed the thorny issue of risk management, the challenge faced by legislation and the need to address mobility management and in-car connectivity.

According to Dave Wallington, BT Fleet group safety adviser, no training should be undertaken without a full driver assessment, including driving style, fuel use, online assessment, accident data and licence checks.

Only then can the fleet decide the best course of action – computer-based, classroom or one-to-one on-road training (or a combination of the three).

“You will have some drivers with skills issues, but others with ‘will’ issues,” he said. “They have to have manager support and the right business culture to address this.”

Accidents will still happen, Wallington added, but the key is to capture information, particularly those of any third parties involved, to control costs.

“Driver reporting is key, especially about the occupancy of the other vehicle, to tackle fraud issues. BT Fleet has saved £100 million of claims costs by rebutting claims alone,” he said.

MOT tests ‘out of date’

The MOT is out of date as a way of assessing vehicle safety, according to BVRLA legal and policy director Jay Parmar.
He referred to the much-publicised MOT failure rates of cars (40%), vans (50%) and trucks (25%), pointing out that many of the failures were on vehicles more than seven years old and that many people use the MOT as a test to see what needs fixing on their vehicle.

“Lighting/signalling is the top area of failure, but that is not safety-critical,” said Parmar.

Despite having a worse failure rate, vans were involved in fewer fatal accidents per billion miles driven than cars and trucks (4.8 versus 8.6 and 17 respectively).

Driver error was the prime cause of accidents, at 48%, compared with vehicle defects at 1.4%.
“Since 2002, the number of vans involved in accidents

has reduced by 32%, yet the number of vans on the road has increased (to three million, covering 21bn miles),” Parmar said.
However, while the figures suggest professional fleets are doing a good job in managing road risk, there are major knowledge gaps among smaller companies. Almost one in four van owner-drivers (24%) has no knowledge of British domestic rules on driver hours related to 3.5-tonne vans, such as rest times.

“There is a lot of talk about the number of vans on the road increasing. All it takes is for one major incident to hit the headlines and politicians will get involved,” said Parmar, although he added: “The DfT says it has no specific issues of concern that are significantly different from other vehicles, so it would be hard to justify a much stronger regulatory approach.”
This suggested the much discussed introduction of licences for vans up to 3.5 tonnes was unlikely to happen,
he said.

Parmar also calls on van fleet operators to consider better utilisation of vehicles, pointing to data that showed 39% of vans were running at less than a quarter full.

Moving towards ‘total cost of mobility’

It has been widely reported that analysts expect 15% of global car sales to be alternative fuel models by 2020 – an ambitious target given current levels of demand.

By 2020, Banister predicted that 90% of cars will be connected and that fleet optimisation via telematics “will be the norm”.
He said technology will reshape the vehicle landscape, not least in smoothing the way towards integrated mobility.
“Total cost of ownership (TCO) is moving towards total cost of mobility (TCM),” he added.

Banister said there are currently just over 1,000 vehicles in corporate car share clubs across Europe; by 2020 that could grow to 80,000.

Car share is particularly attractive to employees: “They don’t want a car; they want access to a car.”

BT Fleet is trialling asset utilisation and maintenance software that it could eventually offer to other fleets, according to Mujtaba Khan, head of transformation.

The system will be one element of a future fleet optimisation product which will include ‘pay how you drive’, geo-fencing and asset tracking, eco-driving and analytics.

“We are trialling a system now for predictive analytics, which will give us real-time information on faults,” Khan said.

He hoped to have a product ready for launch in the first quarter of 2015 that will provide fleets with predictive data about maintenance and inform them about the best time to replace vehicles.