Networking is a powerful resource in the fleet manager’s toolkit, particularly when they are new to the role. It can unlock savings, efficiencies and safety improvements that could otherwise have remained out of reach.

The value of shared knowledge is the driving force behind several industry associations, such as the ICFM (formerly the Institute of Car Fleet Management), fleet managers’ association ACFO, the Freight Transport Association (FTA) and countless other formal and informal gatherings.

The common element that connects them is the recognition among members that a problem shared is a problem halved and the solutions discussed during meetings can deliver significant savings for fleet operators. 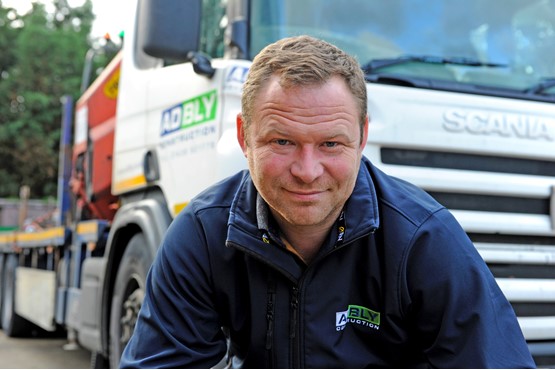 Adam Gamlin, fleet manager of Knebworth-based firm AD Bly Construction, would be the first to agree, after he unlocked savings worth tens of thousands of pounds based on advice from other fleet operators.

His initiatives have reduced downtime, improved safety, made vehicles more efficient and have improved fleet oversight – all from seeking advice.

Gamlin says: “We have met some very interesting people through networking and it has helped with new ideas for savings and also improving risk management.”

AD Bly is a groundworks company working on around 40 sites covering the UK housing and commercial property sectors.

It has around 600 employees and operates a fleet of nearly 180 vehicles, a quarter of which are cars, with more than 130 commercial vehicles.

Fleet vehicles have a wide range of roles, from executive cars through to transporting ground-working teams and moving goods.

Gamlin was tasked with overhauling the fleet in 2016 and had to adapt to a very different role from his previous positions at the company, where he spent the past 11 years, including eight as a lorry driver.

He says: “This was my first fleet role. There was a bit of a structure change within the business and I got approached to take over the fleet.

"You could say I was thrown in at the deep end. There was internal training to help because we train people all the time, but I also looked for advice in the industry.”

As he reviewed the fleet, he was presented with the challenge that most systems for managing vehicles were manual and paper-based.

He added: “There was not a clear understanding of how much was being spent on the fleet or what was costing money.”

After reviewing the fleet to identify key issues, Gamlin was keen to seek advice and among the discussions with the industry, he was approached by Auto Electrical Services (AES).

AES runs its own small fleet of eight vans and four cars and raises awareness of best practice, having achieved key industry standards, including becoming the smallest fleet to achieve the FTA’s Van Excellence certification in 2013.

The company has expanded into consultancy to share its fleet knowledge and it is also an agency for suppliers including telematics giant TomTom and fleet software company FleetCheck.

Gamlin adds: “We spoke to AES and they explained how they could help us.”

“I explained our situation and Richard’s reaction was to write that I needed help in large letters across his notebook. We were working with loads of spreadsheets and paperwork in a cupboard at the time,” Gamlin says.

“Because we did not have a fleet management system, it was quite hard working through various areas of spending and issues like MOT and servicing. You just could not find information, because you had to work through someone else’s way of filing information.”

Francis said: “When we first met Adam, he was in a room with loads of boxes. The problem with boxes and filing cabinets is that they don’t tell you anything unless you go into them.”

A transformation plan for the fleet was developed, which included the introduction of FleetCheck software and TomTom vehicle tracking to automate key aspects of record keeping and enable proactive management of key issues such as mileage monitoring and service requirements.

Gamlin says: “We arranged a meeting with our managing director, along with AES, to explain what we wanted to do and we got support for the project.

“The change has saved hours of work per week and made us more efficient. The administration was a headache, so it has worked well to have something in place.”

A key benefit of the FleetCheck system is its automated data retrieval. A licence number is all that is needed to import a wealth of DVLA data and other vehicle information.

It provides reminders on key issues, such as MOT dates and can also hold other important information, such as records of medical checks and licence checks.

Gamlin adds: “I am still learning the system, but it makes sure our vehicles are safe, compliant and efficient.” 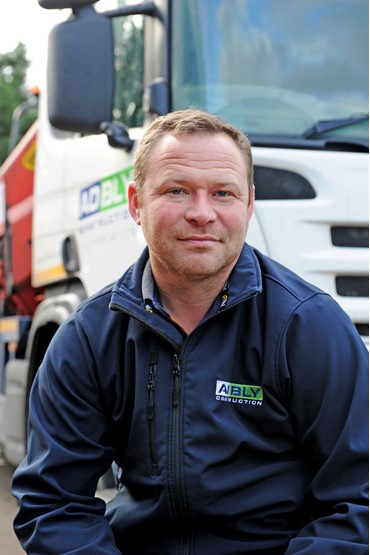 The TomTom telematics system can integrate with FleetCheck, meaning service schedules can be managed based on up-to-date information drawn from the vehicle, including mileage readings.

This ensures Gamlin can proactively manage the fleet by planning vehicle servicing, rather than reacting to calls from drivers or manual vehicle checks. Historically, mileage updates were recorded by the time-consuming process of ringing individual drivers.

Telematics has also improved mileage reporting and allowed the company to cut down on out-of-hours use of vehicles, which has reduced total fleet mileage, while reports on driving time, mileage and a range of safety parameters, including speed, allow Gamlin to have greater control of the fleet.

Reports can also identify incidences of speeding, harsh steering and harsh braking across the fleet, which can then be used during driver debriefs to reduce risk and improve vehicle efficiency.

“Since introducing the system, accidents have become less frequent across the fleet.

"Bringing different data streams together in one place has helped to change the way we work and allowed us to gain greater insights into the operation of our fleet. The transport department is better able to support the growth aims of the wider business.”

The benefits of the combined system are still being reviewed, but AD Bly estimates it has achieved up to £100,000 in savings through reduced maintenance bills, improved driver behaviour and lower mileage.

Gamlin adds: “The technology keeps us compliant and ensures we are proactive in areas such as vehicle maintenance. Overall, I estimate downtime has been reduced by 80%.

“With accidents and maintenance, the focus is on prevention. Small changes can make a big difference, such as speaking to drivers after each incident, so they know why safety is important.

“Before we had systems in place, it was difficult to know where the fleet had problems. For me, this has been about safety and compliance.”

The fleet overhaul has stretched beyond the introduction of new technology, with a vehicle renewal programme that has enhanced specification levels on the commercial vehicle fleet.

Replacement cycles for both cars and vans are three years/75,000 miles.

A number of vans were originally funded through a flexible hire arrangement, but he is looking at long-term hire as an alternative, as there is now more certainty about vehicle demand and usage.

Key changes in the renewed van fleet include the addition of steel bulkheads to protect the driver from being hit by equipment if there is sudden braking or a collision.

Gamlin also believes the updated fleet is important in presenting the right image for the business, as well as improving safety levels and reliability for drivers.

He adds: “We aren’t limited by vehicle brand, but people do perceive companies by the state of their fleet and we wanted to be seen as a professional outfit when vehicles were on site.”

Gamlin aims to keep vehicles in peak condition with driver incentives for good performance, based on the newly-available telematics data.

He has also created a new policy that drivers must sign up to, while future initiatives could include pre-use checks, either using forms or smartphone-based apps. 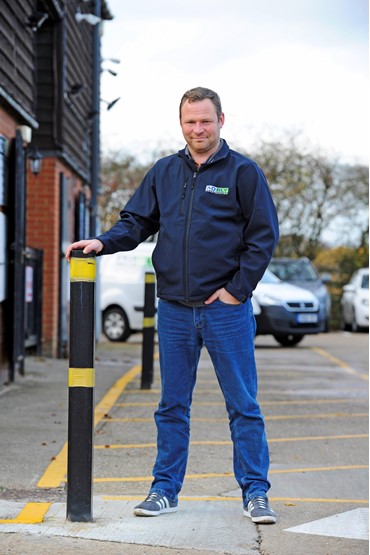 Another future initiative is directing drivers to refuel at cheaper filling stations, by monitoring data from its AllStar fuel cards.

This will generate further savings, but already the impact of the new policy has been felt as the business has grown.

Gamlin says: “Our fleet size has increased and you would think our operating costs would also go up, but they have actually gone down.”

Another future initiative is to follow in the footsteps of partners that inspired the changes in the fleet by signing up to the Van Excellence recognition scheme.

He continues: “We are looking at completing Van Excellence through the FTA. I want AD Bly to become one of the few groundworks companies that meet the FTA standards for van fleet management.

“I have also met some more fleet experts now and they have all been really helpful.”

Francis added: “We keep looking at how we can help transport managers, because they are the ones who end up in the dock if they are not compliant and something happens.

"Adam has done really well for the company with the changes and in addition he has saved the business a lot of money.”