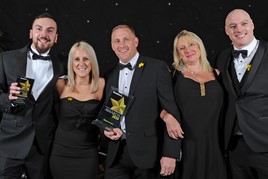 Thinking about a fleet in terms of its drivers rather than the number of vehicles it operates is helping Altrad Services run one of the safest operations in the country. The winner of the 2020 Fleet News Safe Fleet Award has seen sustained improvement in driver behaviour resulting in a reduction in incident rates, after shifting its approach to managing its fleet.

Safety, argues head of fleet, plant and equipment Hammond, should be at forefront of every fleet manager’s mind. “It’s the most important thing that we do,” he says. “Yes, we’re there to help run a business; yes, we’re there to help control costs, but none of us wants one of our vehicles involved in an incident and, more importantly, none of us wants to see any of our drivers in an incident either.”

At times, it’s easy to get lost in the numbers and forget about what really matters – the people.