Better together: combining two police fleets is a winner 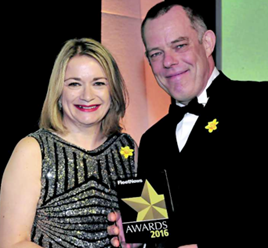 The forces still operate independently when it comes to policing, with the initiative reducing costs that both can plough back into frontline policing.

Four years on, and the combined operation achieved the Fleet News Awards most improved fleet win.

Head of transport services John Gorton led the merger of services and is in the process of a full telematics roll-out, following a 12-month, 500-vehicle pilot.

Fleet News: What challenges did you face with the merger of the two police fleets?

John Gorton: Not only were the forces located either side of the Thames, but operationally and culturally they were quite different organisations. The pressure to save money and work collaboratively provided the impetus and focus, and the first challenge was the standardisation of vehicles across both forces.

Traditionally Kent was a Škoda-based fleet and Essex were Ford. Some of the differences were due to the operational deployment characteristics of both forces, but was working with senior operational managers and linking in with the experience and knowledge base of the National Association of Police Fleet Managers and their development of the National framework for police vehicles, we were able to arrive at a standardised fleet profile.   Soon after establishing this, the systems, processes and policies of both forces were brought into line.

Today both forces use the same vehicle makes and models, although these may still be used in different ways due to the operational deployment practices.  We are able to drive significant economies of scale and we have resilience and opportunity for mutual support across both forces. New initiatives like telematics, which will impact directly on operational capability, have been adopted jointly with considerable financial and efficiency benefits, that are again shared across both forces.

FN: What was different about your telematics trial?

JG: We received some Government innovation funding to roll out the trial.

Admittedly, there’s not a lot innovative about the use of telematics in fleet. But rather than a fully integrated police system, we’ve gone for an off-the-shelf commercial product, at a lot lower cost. We wanted to see if we could still achieve efficiencies and benefits from that, and the trial has been spectacular.

We gained the proper information and knowledge about how vehicles were being utilised. The myth is that there are never enough vehicles. The reality, however, is that there are plenty – just not necessarily available to those  who need them.

We’re now able to become a lot more proactive about where we put them. We’ve also gained the ability to deploy the closest vehicle to an incident where appropriate.

If we are more effective in the use of our vehicles,  we’re being more effective in the use of our police officers as well. We’re getting very good data on how the vehicles are being used, so we can tailor the service, maintenance and repair programme to suit. We had it rolled out across 25% of the fleet, and we’re now going out to contract to install it in the remainder.

FN: How has the trial engaged other departments in the police forces?

JG: Where telematics is normally seen as a fleet initiative, to drive down costs in fleet, we’ve seen several other ‘customers’ within the forces ask for the detail and data it is generating.

That includes driver training, for which there is real benefit in learning how training can be targeted to those most in need.

There is also operational policing – who can target vehicles to those most in need, right the way through to deployment – and looking to see if we have the right sites in the right places.

Everybody is trying to find ways to make efficiencies, not just fleet, so more efficient use of vehicles, officers’ time and putting the right people in the right place all add  to the opportunity we have to save money from the  public purse.

FN: What feedback have you had from drivers?

JG: Officers were concerned they may be pulled up about their driving style. But, in reality, most of our staff drive to a very high standard.

Quite often, we’ll have challenges from members of the public about the way a vehicle was driven. The technology we have is proving much more of an independent witness in support of our officers, rather than being a negative.

It also frees up the time we spend investigating these reports. One of the key benefits of this was learning we didn’t have an asset shortage; we just weren’t using them effectively. When you have so many officers driving the same vehicles on different shifts, it can be a bit of a challenge. The visibility we now have means we can make sure every possible vehicle is available.

We have been reducing cost on our grey fleet mileage: where previously we would have hired a vehicle or paid a private user mileage, we can direct a driver to an available car. Our drivers prefer that too.

FN: How do you manage corporate road risk?

JG: It doesn’t solely sit within fleet; we have a shared responsibility. I manage the vehicles, driver training ensures drivers are suitably skilled and operations commanders ensure the right vehicle and driver are dispatched to the right incident.

FN: What is on your horizon for the future?

We’ve been involved in a new national framework agreement for the purchase of vehicles (Fleet News, February 18). The Vauxhall vehicles are interesting because they’re a very new design. We’re moving away from mobile terminals in the dashboard of cars towards personal tablet devices held by the officers themselves, connecting to onboard wi-fi. There is a lot of work at the moment around technology, and I’m looking forward to seeing future developments.

From a central police perspective, we’ll be able to move the assets much more freely. In the summer months, areas such as Southend get really busy, and we often don’t have enough vehicles. We’ll be able to know exactly where under-utilised vehicles are elsewhere, and move accordingly. We’ve also been able to create an ‘internal hire’ platform. We’re looking at how things are developing around electric fuels, hybrids and hydrogen vehicles.

No decisions have been made yet, but with the type of operation we have, and vehicles regularly returning to base, I think these kinds of technologies will be viable for us.

Gorton has been asked to join the board of the Institute of Car Fleet Managers (ICFM), giving him the ability to share best practice from other fleets, as well as develop best practice and professionalism across the whole industry.

“The police service tends to be quite unique in its fleet requirements,” Gorton says. “Having a link into an organisation with ‘normal’ fleet businesses is particularly useful.”