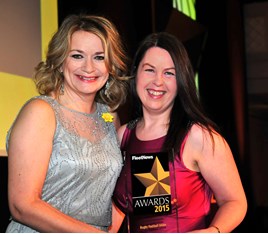 Achieving zero end-of-contract damage charges is a pipedream for many fleets, but this summer it became a reality for the Rugby Football Union.

“When we defleeted a large number of cars in 2012 our average end-of-contract damage cost was £430,” says fleet coordinator Alisha Bird.

“Since then, we’ve had the odd vehicle defleeted and the average fee has been slightly less than that. But in the summer we had 90 vehicles go back and had no end-of-contract damage charges at all: this represents a saving of more than £39,000. Each month I was waiting for that invoice to come through, so I was really thrilled when it didn’t.

“I think it is a testament to the work we have done in communicating with drivers.”

Bird, who is based at Twickenham stadium, says the RFU’s fleet (all BMWs and Minis, as BMW is the charity’s official vehicle partner) rapidly expanded three years ago when it took on the 90 vehicles, and they went to new members of staff.

“We did handover days and demonstrated the cars,” she says. “We demonstrated what an asset the car was for them to be able to do their job and what it represented as a financial asset to the RFU.”

The bulk of the organisation’s cars are operated by community rugby coaches and Bird says their annual conference is an ideal opportunity to get the fleet department’s message across to the drivers.

“We know the majority of the cars are going to be there, so we make a big day of it,” she says. “We tell them about our accident stats, show them some of the worst photographs we can find, how much the repairs cost, what that represents to us as an organisation and what, if we were able to save that money by reducing the cost of the incidents, they could achieve in their own roles with that money. It isn’t just a case of taking the keys back from the drivers and giving them another set of keys.”

The fact the cars went to new staff members helped with a cultural change, says Bird. “That initial one-to-one interaction is really important and is something we will roll out when we have further car changes,” she adds.

Fleet News: Aside from the conferences, what other measures have helped you tackle end-of-contract damage charges?

Alisha Bird: We’ve also introduced vehicle inspections carried out by a third party for people leaving the organisation and this has an effect like ‘I’d better buck my ideas up’ among many of the drivers. These checks enable us to identify any vehicle damage that the employee has not reported and any repair costs can be deducted from their final salary. At the conferences we carry out vehicle checks, but also give prizes to the driver with the best record and car in best condition, and hold quizzes about certain things we talk about on the day. This is a bit of fun but the drivers really respond to it.

FN: You were one of the first organisations to introduce a corporate car-sharing scheme when you adopted Alphabet’s AlphaCity around three years ago. Why did you introduce it and how successful has it been?

AB: We’ve always had a history of operating pool cars but, because we are not a typical Monday-to-Friday, nine-to-five organisation, operating our system was labour intensive with people signing keys in and out, and wanting to return them out-of-hours. The pool car solution we had at the time was coming to an end and we were introduced to corporate car-sharing. Because people use membership cards to operate the cars, it meant we didn’t have to manage the administration of the keys. It’s also bookable 24/7 and creates a little less admin work. Immediately before we adopted it, we had six pool cars and initially we replaced these with three under the car sharing scheme.

After about six months we realised there was a need for another one, so this gave us three BMW 1 Series models and a Mini Countryman. The Mini’s contract doesn’t expire until next year, but we are replacing the BMWs with a BMW i3 range-extender and two BMW 2 Series Active Tourers. Our travel policy is that if you do have to drive a short distance, then you should utilise a pool car. We don’t tend to have a grey fleet as we’re not keen on drivers using their own cars on business and our annual mileage threshold for a company car is quite low, at 5,500.

FN: What other benefits have you found from corporate car-sharing?

AB: We’ve demonstrated month-on-month that going for corporate car-sharing ahead of short-term hire is saving us £5,000 a year, but that doesn’t include the short journeys. We’ve found that the most beneficial time period for using car-sharing is a maximum of three days. We’ve also found that using AlphaCity has safety benefits as people can jump into vehicles they are already familiar with, so they are not getting into different hire cars that they do not know, while they also have monthly safety checks when cars are valeted.

FN: Does it have any drawbacks?

AB: Bookings can’t be started or ended when software updates are being installed, but generally we do know about those. There is still some reluctance from people who want a physical key because they can’t grasp the idea of key card entry. During very busy times, all our AlphaCity cars can be booked out pretty much all of the time but, like most fleets our size, we sometimes have lease cars between drivers.

FN: What’s your main priority at the moment?

AB: Risk management, absolutely. We did our original driver risk assessments last year to give us a benchmark, and the plan was to run them again to see where we were so we could organise training and the budget for that training, whether it was online or workshops. However, I haven’t been able to do that because I haven’t been able to run the assessments again. It’s a huge area of concern for me: if you don’t know what the issues are, then how do you know where to start?

FN: Are you training for any formal fleet qualifications?

AB: I’m around halfway through the ICFM’S Fast Track Certificate in Car Fleet Management. It’s been a long time since I’ve sat in a classroom, but it has been great meeting other people at my level. I’ve now got a small support group with other people on the course.

We take ideas from what each other is doing and I think it’s going to be a huge help to me.

The eyes of the rugby world fell on Twickenham Stadium this year as it hosted many major matches during the Rugby World Cup 2015, including the final.

While Bird didn’t physically look after the tournament’s fleet, which was responsible for transporting the event’s staff, she was consulted for advice.

“A different organisation – a wholly-owned subsidiary of the RFU – was set up which started with two people and it brought in a transport manager,” she says.

“At that point I was liaising with it on areas such as policy, who we used for licence checking, how we catered for the occasional business users etc., but once the team started to grow my input reduced.”

“I was lucky to get tickets for the opening ceremony. It was a privilege to work here during the tournament.”