Volkswagen remains a brand ‘important to fleets and their drivers’

Dieselgate and WLTP: neither will be remembered as Volkswagen’s finest hour. Yet, despite the extensive media coverage, neither has dented demand for Volkswagen’s models, from fleets or company car drivers.

As glowing brand endorsements go, it doesn’t get much better – how many other manufacturers could suffer such high profile setbacks relatively unscathed?

Quality-wise, Volkswagen’s cars remain among the segment leaders. At the 2018 Fleet News Awards, the Golf and T-Roc drove away with the best lower medium car and best compact SUV trophies respectively, while other models in the range were commended and shortlisted by the judging panel. And, up until the start of September, registrations were soaring in the true fleet sector.

Michael O’Shea, Volkswagen UK head of fleet, says that for the first eight months of the year, the company was “significantly over-performing, up 8,000 in true fleet”.

The brakes came on in September, as a failure to test in time core models under the new WLTP fuel testing regime meant they could no longer be sold.

Consequently, Volkswagen’s UK registrations dropped by 55%, more than any other mainstream brand.

They recovered in October to be on a par with October 2017, but the picture was masked by strong sales of T-Roc, not available a year ago, and Tiguan.

Fleet mainstays Golf and Passat were down 32% and 56% respectively due to lack of supply.

However, VW’s market share remains up year-to-date and, while O’Shea describes the month of September as “disappointing”, it was nevertheless “consistent with our expectations”.

He is confident that, come the year-end when “we will have almost all of our technical data in the system – more than 90% of our sales mix”, Volkswagen will retain its 10% share of the true fleet sector.

“We will end the year as we started the year,” says O’Shea.

Fleet News: Now that your WLTP results are coming out, how are you performing against other brands?

Michael O’Shea: There has been a very modest move in our CO2 versus our competitors.

We recognise fleets are frustrated but also that Volkswagen as a brand is important to them and their drivers.

In the vast majority of cases, they are willing to wait for the data and it’s coming through quickly now.

The figures will improve our competitive position from a CO2 perspective with BIK and wholelife cost benefits as well.

FN: How much pent-up demand are you seeing?

MO’S: We have experienced customers delaying so there will be an increase in orders – they are building up now. We have significant growth in our order book versus the same period last year.

FN: Fleets have been complaining about long delays on e-Golf. How are you sorting out that situation?

MO’S: We will have a significant increase in (production) volume in 2019 on e-Golf so that situation will change (VW has announced its plants at Emden and Hannover will join Zwickau in switching to EV production).

We already have two or three significant volume orders with fleets going through. The range extension from the old car to the new one has opened up the market and made it a more realistic proposition for customers. 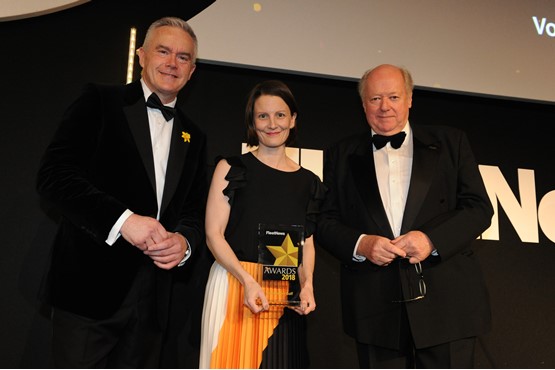 FN: What are your plans to extend your electric model range further?

MO’S: e-Golf starts the conversation and gives the credibility; it’s a bridge to the ID range in 2020. This will be a massive step-change. ID will be available to order from autumn 2019 with the first deliveries in spring 2020.

There is a lot more interest in truly exploring electric vehicles due to the extension of the range. From 2019 into 2020, we will see a big increase.

The ID range is a game-changer regarding affordability and availability. It (the first model to go on sale) has 250-300 miles range, the total cost of ownership of a Golf diesel and is the size of a Passat, with innovative design and functionality.

Passat and Golf are 85% of my true fleet mix, so it’s compelling.

FN: Will demand for electric be supplementary for Volkswagen or will customers simply switch from your diesel cars?

MO’S: There will be an element of both. Some will be fleets that we are not dealing with today that have EVs. Equally, there will be an opportunity for us to conquest from ICE (internal combustion engine) fleets as well as changing fleets within our customer base. As well as ID, we will have ID Buzz (a minivan) and ID Crozz, an SUV.

FN: Where else do you see the opportunities in the coming year?

MO’S: As we come out of 2018, the industry is facing legislative changes. 2019 has to be about consolidating the Volkswagen model range with the WLTP data.

It’s a fantastic opportunity for us with the strength of our core product range and also our SUV investments (Volkswagen will have five models by next year).

From nowhere, we are now the most considered brand in SUV (according to a YouGov survey) on the back of significant investment within the past three years.

Our investment reflects the fact that 40% of the UK market is buying SUVs and we are outselling our allocation every year.

So, with our SUV range and our electric range, plus our hatchback heritage on Golf and a Passat facelift midway through the year, the timing is perfect.

FN: Do you have the right balance of fleet, rental and mobility, and how are you preparing for the expected rise in cash takers?

MO’S: We have a clear channel strategy that works well. We have been prudent in the way we distribute our product to protect the long-term residual value of the brand.

We see a relatively stable corporate customer base. We have seen growth in our SME PCH (personal contract hire) channel.

My expectation is that the Government legislation will steer the consumer and the channel shift and we have the ability to respond to that.

Volkswagen is “quietly confident” but not complacent about the future, something O’Shea is at pains to stress.

However, he can’t hide his excitement about the forthcoming ID electric family, with 30-minute rapid charging times and extended range removing any trace of anxiety. Most drivers, he points out, will only need to charge once or twice a week.

By 2025, Volkswagen expects one million of its six million-plus global registrations to be electric – that proportion in the UK would result in around 30,000 sales. 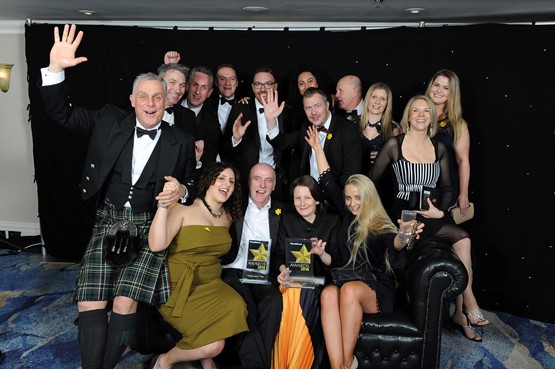 The Golf is a car for everyone – it has a huge range of models, engines and powertrains, including plug-in hybrid, that suit every fleet and company car driver need.

It bridges the gap between job-need and user-chooser and remains the benchmark in this category.

It has excellent petrol and diesel engines and is competitive on costs. Its stylish look makes a real statement in this sector.

Best innovative use of technology: VisionTrack ‘mandatory for many’ insurance companies

Enterprise Rent-A-Car: ‘We have a huge opportunity to advise fleets how to travel’