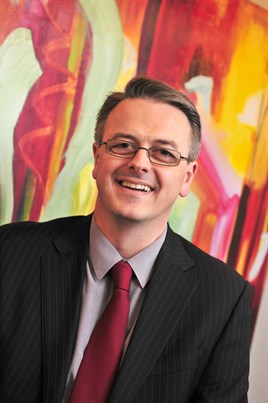 Companies that run thousands of vehicles often favour a  large central fleet function to manage them and until 18 months ago, environmental services provider Veolia was no exception.

But a company restructure, which saw three businesses – Veolia Environmental Services (waste), Dalkia (energy) and Veolia Water (water)  – merge, led to a rethink in the way company vehicles were managed.

Each regional head of fleet is responsible for a number of workshops and has a varying number of area fleet engineers, fleet compliance managers and workshop managers.

The six heads of fleet report into John Matthews, who was appointed fleet director in 2013.

Veolia has also invested in additional resource to look at fleet development.

Matthews describes Veolia’s new approach to fleet management as “controlled de-centralisation”. It is ‘de-centralised’ because Veolia’s regional heads of fleet work in the various regions/operating businesses and are accountable for their own costs, compliance and workshops but it is ‘controlled’ because fleet policy and governance are still managed centrally.

“There is a subtlety to it,” Matthews says. “We are one function but 80% of the fleet overhead in terms of people sits within the operating businesses. They all have their own businesses to be accountable for but at the same time they’ve got one eye on the UK agenda under my guidance so we get the best of both worlds.”

“They report to me but they belong to the region,” Matthews says.

“Fleet for us could be anything from a loading shovel to a ride-on lawnmower for landscape contracts to a 44-tonne chemical tanker to lots of refuse collection vehicles to a company car or van,” says Matthews.

Matthews has a logistics sector background. He previously worked for DHL Supply Chain and Norbert Dentressangle, and says it is Veolia’s diversity that makes his new role interesting.

“It’s not the same as running a logistics fleet,” he says. “You could put the fleet basics in place in a heartbeat in a fairly standard business compared to this. A one-size-fits-all approach definitely doesn’t work in the world of Veolia. That is part of the challenge, to be dynamic, to move with the demands of the business.”

Given the scale and diversity of the fleet, Veolia deals with a number of vehicle manufacturers. It has eight on its company car choice list and uses four manufacturers for its vans and five for its heavy goods vehicles.

“Some manufacturers dealt with Euro 5 and 6 quicker than others. If we were in a sole supply arrangement and our manufacturer came to market last that may have put us at a disadvantage.

“But I have no intention of buying one of everything from everybody. It’s about having a balance.”

As for company cars, “limiting ourselves to a single manufacturer would bring some negatives regarding personal choice and attractiveness of package to employees”.

Van replacement cycles vary depending on the vehicle’s use.

“We might have a van that is a supervisor’s vehicle, which does low mileage and comes back to the same depot every day, and its operating environment is quite controlled,” Matthews says.

“On other hand, we could have the same type of van but it is an engineer’s van and he takes it home every evening and during the day he is on the road in the highlands of Scotland somewhere so the mileage is different, the terrain is different and the demands on the vehicle are different. That criteria influences whether we outright purchase or do a short-term deal.”

Over the past 18 months, the fleet team’s focus has been on “the basics”, according to Matthews.

For certain assets the fleet team has been able to reduce capital cost by changing vehicle specification and challenging whether a vehicle is needed in the first place.

“We’ve bought a vehicle to do the same job but without so many whistles and bells in terms of specification,” Matthews says.

“That may only save us small percentage points in terms of capital cost on a particular asset but if you’re buying 200 every year then it adds up to a significant amount.”

The fleet team is also trying to create a standard specification where possible.

“We’re trying to avoid specifying a vehicle to do a particular job in one depot but then having a slightly different specification for what should effectively be the same vehicle in a different depot,” says Matthews. “That makes it more efficient for us in terms of flexing the fleet from one depot to the next.”

Prior to ‘controlled de-centralisation’, the depots would operate in isolation and there would be spare vehicles at each depot.

Veolia has reduced the number of spare vehicles across its depots and, as a result, increased utilisation.

“That’s with the same supplier but with better management of that supplier and, critically, a better understanding of what our spend was and changing behaviours in our own business,” says Matthews.

For example, a vehicle might return to a depot at 2.30pm with a puncture but the depot would not contact the tyre company until 5pm. This would mean the puncture repair taking place out of hours because the vehicle would be due out on the road again at 4pm resulting in Veolia paying a call-out charge. Now, punctures are reported immediately to avoid call-out charges.

Those changes have come about through the heads of fleet.

“I’m the fleet director but I’m not attempting to drive every fleet decision from my desk,” says Matthews. “We trust them to take a certain amount of decisions at a local level.

“It’s difficult to attempt to change a business culture from a head office. You have to have a culture of empowerment and trust across the business.”

Over the same period Veolia has seen an increase in the number of times its vehicles have been stopped by the Driver and Vehicle Standards Agency (DVSA). Those encounters have been positive and have improved Veolia’s operator compliance risk score and standing with the DVSA.

There is more work to do on the company car and van fleet. Veolia is currently tendering for a contract hire provider for its cars and it will then look at its van provision.

Veolia operates a number of hybrid and full electric vehicles, plus a gas commercial vehicle, and Matthews would like to introduce more alternative fuel vehicles in future.

“Over the next few years I want other parts of the business and other parts of industry to look at how we manage our fleet and to see good things happening,” he says.

Since 2013, the company has been fitting audible warnings to tell cyclists when a vehicle is turning left, combined with cautionary cyclist nearside warning signs, on all 18-tonne vehicles, and the scheme  is now being extended to all 3,125  vehicles of 3.5 tonnes and above.

The proposal to invest came from the QHSE (Quality, Health, Safety, Environment) team and fleet.

“QHSE analyse our accident data and tell us where our risks are,” Matthews says. “Our job is to react  to that and apply the solutions to minimise the risk and keep every- one safe.”