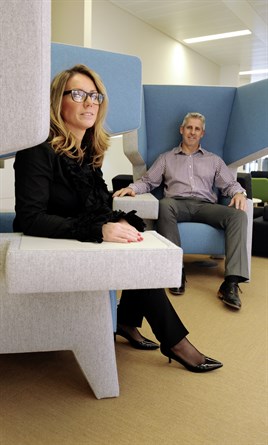 Restricting options in an industry where staff will change employer at the drop of a hat for a better choice of company car has been a challenge for the fleet team at Novo Nordisk, the world’s largest producer of diabetes medication.

“Choice of car is very important in our industry in terms of attracting and retaining staff,” says Neil Britland, facilities management and sourcing manager, who has been with Novo Nordisk for 16 years.

“People do change jobs for their cars, and we’ve had to bear that in mind throughout our changes.”

The fleet has gone from having a broad user-chooser policy with “pretty much every manufacturer on the list” to three badges: Audi, BMW and Volkswagen.

When the company had open choice “it was quite a task to collate wholelife costs”, according to Britland.

Joanne Brain, facilities management officer, adds: “It wasn’t consistent for the drivers, or for us, and it made it difficult to negotiate good terms with manufacturers.

“There were a few disappointed drivers at first, who could not order their preferred make of car. However, this soon disappeared and the car choice list of Audi, BMW and Volkswagen is considered very attractive.”

Brain was appointed in 2010, in a newly created fleet role as Britland, who has responsibility for buildings, facilities and outsourced provision att the company’s offices in Gatwick Dublin, was not able to spend as much time focusing on the fleet as it deserved.

She looks after the day-to-day management of the exclusively-car fleet, while Britland retains an overall view of the fleet strategy and decision-making.

The pair’s continuing focus is on simplifying processes, both for fleet management and driver relationships.

When Brain joined Novo Nordisk, vehicles were procured from three leasing providers, but in 2012 the decision was made to enter a sole supply funding contract with Alphabet.

“Working with three different leasing companies meant we had three different sets of processes,” she says. “Some suppliers had good service, while others were poorer, and we felt it would be best to go for the strongest partner. We were impressed with the risk management offer, and a one-stop shop better suited our business.”

As part of an overall green challenge within the company, the facilities team was asked to identify areas where environmental impact could be reduced.

“In terms of the fleet, we look to reduce operating costs, to cover our social responsibility by ensuring the vehicles we provide our drivers are safe, and manage risk.”

“Five years ago, we were averaging  168g/km CO2, and across Novo Nordisk we were asked to identify target areas where we could reduce our CO2,” he adds.

The pair set about implementing a scheme to accelerate the uptake of lower emission vehicles across the fleet.

Novo Nordisk introduced an incentives scheme which encouraged drivers to select vehicles with CO2 emissions lower than 115g/km by offering them £250 worth of ‘green vouchers’ for John Lewis or other high street stores.

The threshold was subsequently reduced to 110g/km to keep pace with improved in engine technology.

“Manufacturers have driven down CO2 so much that our threshold for the vouchers is now 100g/km,” Brain says.

In the past 18 months, 82 Novo Nordisk drivers have taken vehicles that have been eligible for the reward scheme.

Brain explains: “Because they tended to have higher capacity-engined cars, when they had to pay for the fuel themselves, they began to notice the significant difference in economy. This also helped encourage drivers into cars with better fuel consumption and lower CO2.”

Britland adds: “It wasn’t just the business mileage claims that drivers were paying attention to – by taking a more economical car, they saw benefits on their private mileage spend, too.”