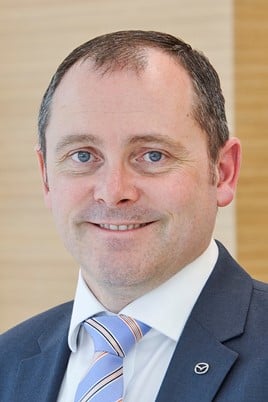 Working from home isn’t the natural hunting ground for sales teams more used to being out in the field discussing products and services with potential clients and providing support to existing customers.

However, Mazda initially found fleets and leasing companies to be an eager audience for online meetings during the lockdown caused by the Covid-19 pandemic.

“We were surprised,” says head of fleet Steve Tomlinson (pictured). “We started working from home on March 17 and our regional corporate sales managers, who spend time doing face-to-face meetings, found that, not only were customers up for having appointments, but the quality of those appointments via Teams or on the phone were better than previously experienced.

“Before, there could’ve been conflicting priorities, or something else cropping up, but the appointments were taking place and the exchange of information was higher,” he adds.

Nevertheless, in the lead up to Easter, Mazda started seeing a rise in cancellations as companies began furloughing staff, prompting it to take the decision to furlough some of its own team due to dwindling appointments.

“We saw it across the piece with the people that were responsible for the procurement of cars – just before Easter the cancellation rate was 42%,” Tomlinson says.

He retained the national account managers for fleet and contract hire to ensure coverage for enquiries, as well as the fleet operations manager. With reallocated duties, Mazda remains “open and operating”.

Via its white label contract hire business, Mazda has taken action to support customers by offering any fleet with cars coming to the end of their contract an automatic six-month extension with no penalties should they wish to opt out during that period. It is also offering a payment deferral of up to three months. Across the four manufacturer brands that the leasing provider handles, there have been 1,000 deferrals and 600 extensions.

“We are trying to support our customers where we can,” says Tomlinson. “Where customers are at end-of-contract, if they want to return the car, we are collecting it, if necessary, or leaving it with the customer free of charge as long as they continue to insure it.”

Throughout the depths of lockdown, around 20% of Mazda’s 125 dealers remained open for servicing and repair work, prioritising key workers. The network had adequate parts supply, especially fast-moving lines, after Mazda encouraged dealers to stockpile items ahead of lockdown.

Its own UK warehouse is also well stocked and further supported by the European one, ensuring the company is in a good place to ramp up business as restrictions are now eased. 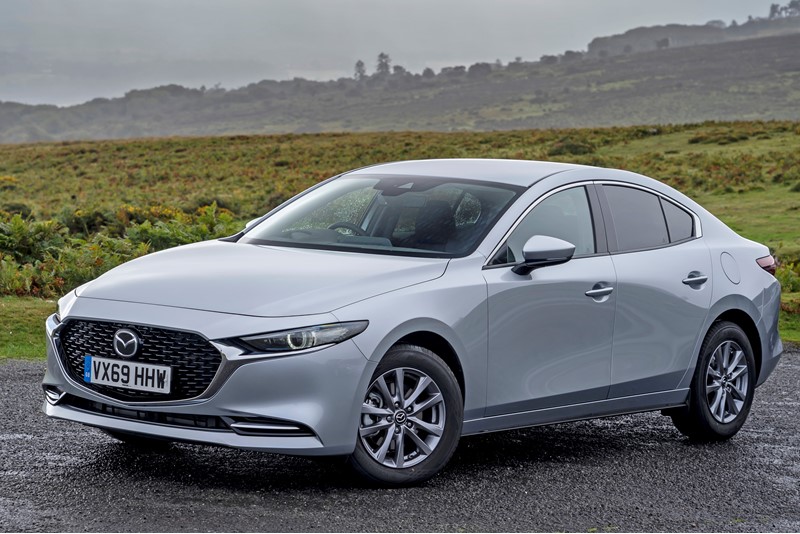 Mazda entered the coronavirus crisis in a position of strength after achieving 113% of its fiscal-year sales plan (April to March), with 120% of plan in the core fleet sector of end user, contract hire and white label leasing. Just one model line didn’t hit target – the Mazda3 (pictured), due to delays with the SkyActiv-X engine.

Not bad for a self-professed ‘retail brand’.

For the year ahead, that means a continuation of an even spread of registrations across the key fleet channels, a deliberate ploy to ensure the company is not overly reliant on any one source for business.

“It’s all a balance which gives us an opportunity to be flexible if things don’t go so well. We can move production around or get extra production if necessary,” Tomlinson says.

Like most competitors, in the first three months of the year Mazda eased its global production and eventually suspended operations due to the pandemic. Facilities began restarting in May, building towards full capacity this month.

For the UK market, it holds capacity for four months’ supply, potentially making it a “go-to brand” for companies looking to replace their cars in the near term, according to Tomlinson.

“That’s just the way we work with three-to-four months’ coverage of models to avoid complications with stock coming from Japan,” he adds. “So, we have stock to supply at normal levels of demand for four months.”

Away from the challenges presented by the pandemic, Mazda was already planning for a slight reduction in total registrations in the UK due to the new benefit-in-kind (BIK) taxation rules introduced from April. They are expected to push demand towards ultra-low emission vehicles, putting Mazda’s halo SkyActiv-X technology at a disadvantage.

“It’s brilliant technology, but it isn’t an electric vehicle and so doesn’t offer the significant benefits on tax,” explains Tomlinson.

However, he believes end user fleets and leasing companies, including personal contract hire, remain a prime target for the engine, currently available on the Mazda3 and CX-30, once they understand the technology.

“Where we have the opportunity to talk to a fleet manager who has influence over the decision, they will promote it within their driver population because the BIK stacks up well versus a hybrid. The cars are well specced from entry upwards and then there are the driving dynamics. They’re compelling and we have to share this with fleets.”

SkyActiv-X will account for 70-80% of fleet sales for the Mazda3 and CX-30, buoyed for the former by a £1,200 residual value (RV) uplift over the SkyActiv-G engine, itself a strong RV performer.

“Normally the difference would be a couple of hundred quid for an engine power upgrade, but they (the pricing guides) viewed them as hybrid equivalents and gave us a similar uplift,” says Tomlinson. 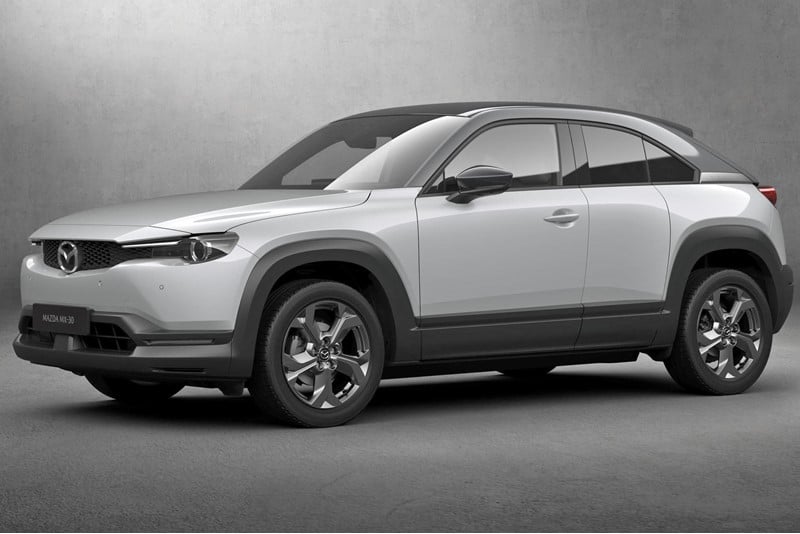 Mazda will not see its first full electric vehicle until early next year when the MX-30 SUV (pictured) comes to the UK promising range of 124 miles and up to 80% fill in 40 minutes on rapid charge.

That’s far less range than competitors such as the Hyundai Kona Electric and Kia e-Niro (155 miles with 39kwh battery or 278 miles with 64kwh), partly because Mazda has opted for a smaller 35.5kwh battery which, it says, will produce fewer lifecycle emissions. It should also mean a lower starting price.

The MX-30 will mark an onslaught of new Mazda technology from April 2021, as R&D continues unabated by the Covid-19 crisis.

“We will see modifications to existing technology to reduce CO2 emissions by a few grammes and the widespread introduction of new technology. We don’t anticipate any delays,” Tomlinson says.

Since lockdown, Tomlinson has further adjusted down his sales expectations, anticipating a “gradual return” in fleet with “possibly some sort of normality towards the end of June” after retailers were given the green light to open their showrooms at the start of the month.

“Fleet is a little different because it tends to be arms’ length agreements rather than face-to-face, so it could recover quicker than retail,” he says. “We still have cars that were ordered in March and we expect to see them immediately go out the door.”

There are, though, many unanswered questions since the market ground to a halt midway through March. Will the company car drivers who were due to change cars then look to switch straight away? Will businesses who have extended their contracts stick with the extension or change sooner?

Tomlinson is taking a typically prudent position. “Our expectation is that by the end of the fiscal year, we will roughly recover to 50% of what we lost in April and May but over what timescale is unknown because there are too many factors,” he says. “That would equate to a full month’s lost sales.”

Mazda is showcasing the new Mazda 3 Saloon to key fleet influencers this week, which comes exclusively with the brand’s new Skyactiv-X petrol engine.

Mazda has confirmed pricing and specifications details for its first fully-electric car, the MX-30 SUV.