"When the spread of abilities is combined with its low running costs, the Mazda3 Skyactiv-X becomes a strong contender in the lower medium car sector." 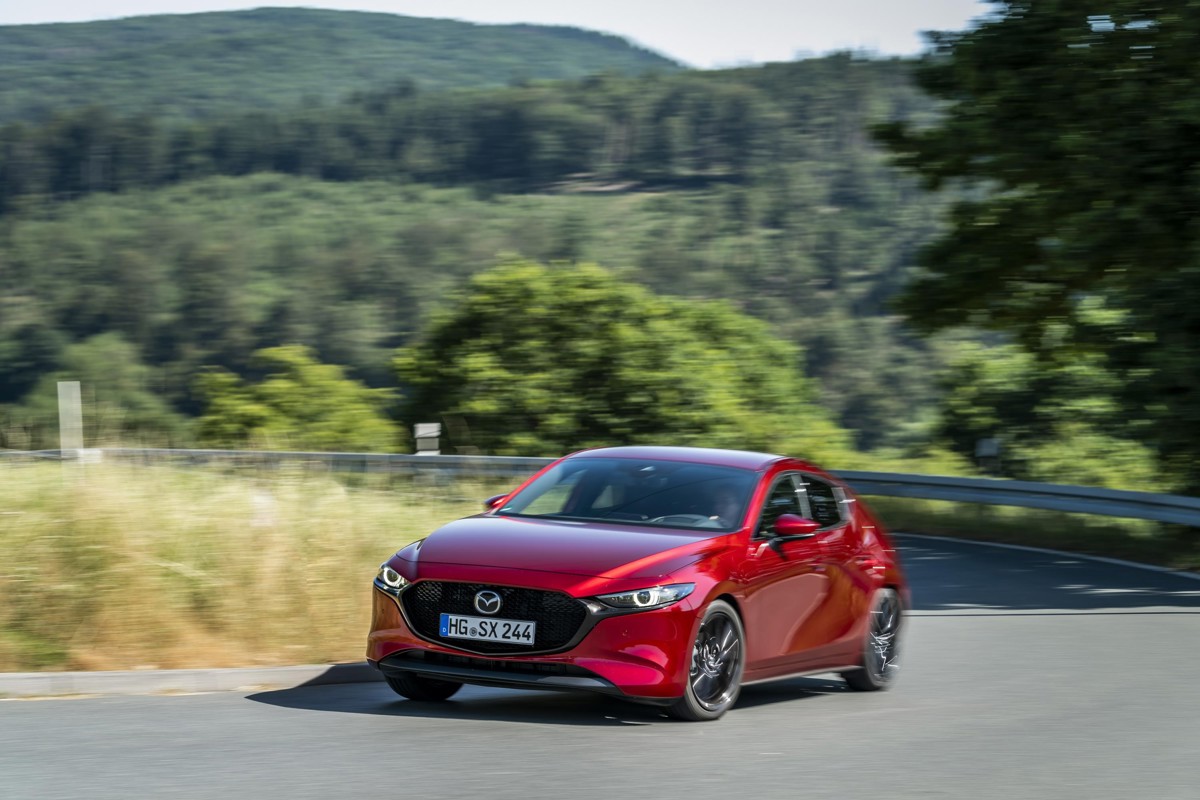 The manufacturer’s use of clever technology has led to an engine that produces 180PS – not that long ago considered a decent amount of power for a hot hatch – but with CO2 emissions of less than 100g/km and combined fuel economy of up to 52.3mpg.

That mix of diesel efficiency and the performance and refinement of petrol (as well as the lower particulate matter emissions) is the Holy Grail for many fleets and drivers, offering low running costs and benefit-in-kind (BIK) tax bills.

Wrapped up in three of Mazda’s excellent new models – the Mazda3 hatchback, the new Mazda3 saloon and CX-30 crossover – it should prove a winning combination.

The engine is at its most efficient in the Mazda3 saloon, with CO2 emissions starting at 96g/km for the Sport trim which, combined with a P11D value of £23,370, gives drivers a monthly BIK bill of £90.

Over a four-year/80,000-mile cycle, the model offers running costs of 34.93ppm, according to KeeResources.

Financially, then, the Mazda3 saloon Skyactiv-X makes a strong case for itself, saving 20% taxpayers £250-£380 a year over those two rivals. How does the rest of the package measure up?

Its sleek silhouette gives it a more executive appearance than its hatchback sibling and, despite the strong family resemblance between the two, just two body parts are shared: the bonnet and windscreen.

The saloon is 200mm longer, and while their identical wheelbases gives passengers the same amount of interior space, the saloon’s boot (440 litres) is 86 litres larger.

We drove the Sport Lux model, which also features a reversing camera, keyless entry and heated front seats as standard.

On the road, the saloon is just as engaging as the hatchback to drive, with excellent steering and body control. It’s not quite as good as the class-leading Focus, but it’s not far away and comfort and refinement remain excellent.

The engine is, of course, a vital part of the package and when we tried it earlier this year in the CX-30 we were slightly underwhelmed by it.

This may have been due to the way it delivers its power – unlike the small-capacity turbocharged engines which have become widespread, it needs to be worked hard to access its performance as its torque is delivered higher up the rev range.

However, it delivers its power smoothly and in normal driving condition is both refined and efficient.

When the spread of abilities is combined with its low running costs, the Mazda3 Skyactiv-X becomes a strong contender in the lower medium car sector.