"The Sport Line additions give the car a little more kerb appeal, which may sway some user choosers who were otherwise put off by the car’s appearance." 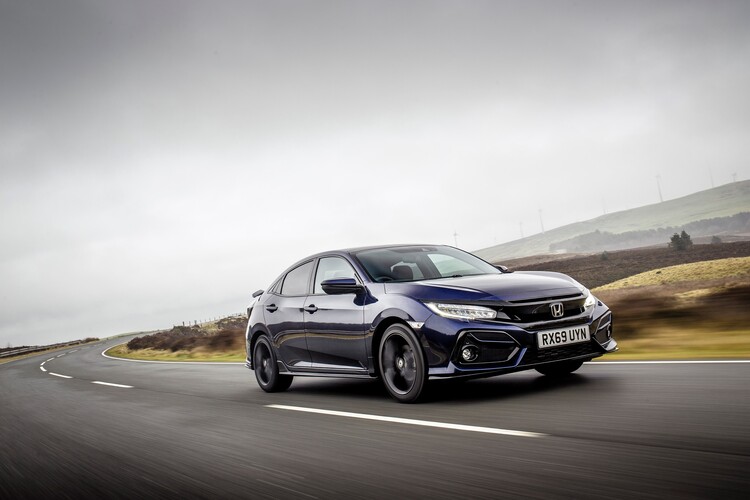 Honda has introduced a number of small improvements to the Civic for the 2020 model year, including a new range-topping EX Sport Line trim.

The updates introduce some new LED headlights and a refreshed front end, plus a much-needed volume knob for the infotainment system.

Prices across the range have been increased by around £400, with the new EX Sport Line commanding a £1,000 premium over the previous range topper.

Little has been changed on the outside. Honda’s non-conformist approach to styling means the Civic still looks like it’s from about five years in the future. Even in standard trim it’s sporty looking. With huge fake air intakes on the rear bumper and a low, wide front stance, it certainly stands out.

Inside, the Civic is far more civilised. It has a modern, clean dash with a simple layout. Build quality is good too and all models bar the base-spec get a seven-inch touchscreen infotainment system and a digital instrument cluster.

The infotainment is the worst part about the Civic. The interface is clunky and slow to respond, and the Garmin navigation software looks dated. 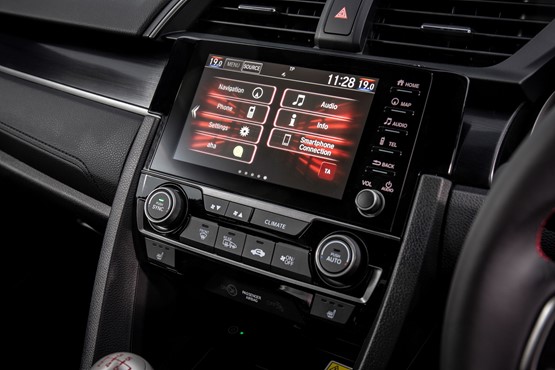 Thankfully there is smartphone connectivity via Apple Car Play and Android Auto, although this only works via an oddly-placed USB socket hidden under the centre console.

The 1.0-litre triple is a real delight with plenty of useable power and a hearty thrum when worked hard. The more powerful engine is unlikely to gain much fleet appeal due to its higher emissions but offers strong performance with a 0-60mph time of 8.2 seconds.

Company car drivers should expect to pay around £92 per month (20% taxpayer) in tax for this model. Civics with an automatic transmission have slightly lower emissions (106g/km for the 1.0 SE) but, owing to their higher list price (from £20,900), company car tax will be slightly more expensive.

Shifting through the six-speed manual gearbox is effortless and will appeal to keen drivers. The CVT, on the other hand, is less impressive. In fairness to Honda it’s certainly one of the better CVT boxes out there with seven ‘simulated’ gears rather than one constant ear-bashing stay at 6,500rpm, but it’s too sluggish to pull away and dampens the engine performance.

For the traditional Honda driver, the CVT will appeal as it offers a smooth and relaxing drive and slightly better economy, but we’d recommend opting for the manual. Honda says around 60% of buyers to do the same.

Official consumption for the 1.0-litre petrol is 49.6mpg or 47.1 for the automatic. Both models lose around 3mpg in higher trim levels due to the larger wheels.

Equipment grades for the Civic range from S through SE, SR, EX and EX Sportline. Sport, Sport Plus and Premium are offered with the larger petrol engine.

There is plenty of equipment including heated front and rear seats, adaptive cruise control and wireless phone charging – for the EX. The Sport Line adds a discreet body kit and rear spoiler, taking inspiration from the high-performance Type R.

Adaptive dampers can be switched on to firm up the handling but the ride becomes too uncomfortable.

The Sport Line additions give the car a little more kerb appeal, which may sway some user choosers who were otherwise put off by the car’s appearance. 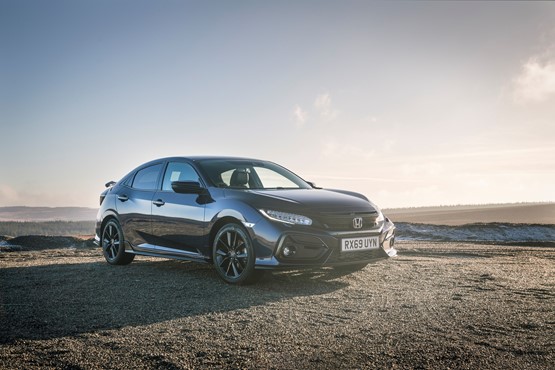 The Civic offers a strong balance between ride comfort and handling. There is little body roll and excellent grip.

The steering rack further enhances the drive. It has variable gearing which tightens up the more you turn. It means the car never feels fidgety on the motorway but requires little effort to tackle tight corners.

Legroom is good for all passengers and the car will comfortably carry five adults. The raked roofline does encroach on rear headroom slightly but overall the cabin is comfortable. The boot is a generous 478 litres (around 100 litres larger than most rivals).

Overall the Civic is an impressive package. Its running costs are competitive and combined with Honda’s legendary reliability, the Civic is a strong fleet contender against the Volkswagen Golf and Ford Focus.