"The new Astra is the most fluid and best-driving to date." 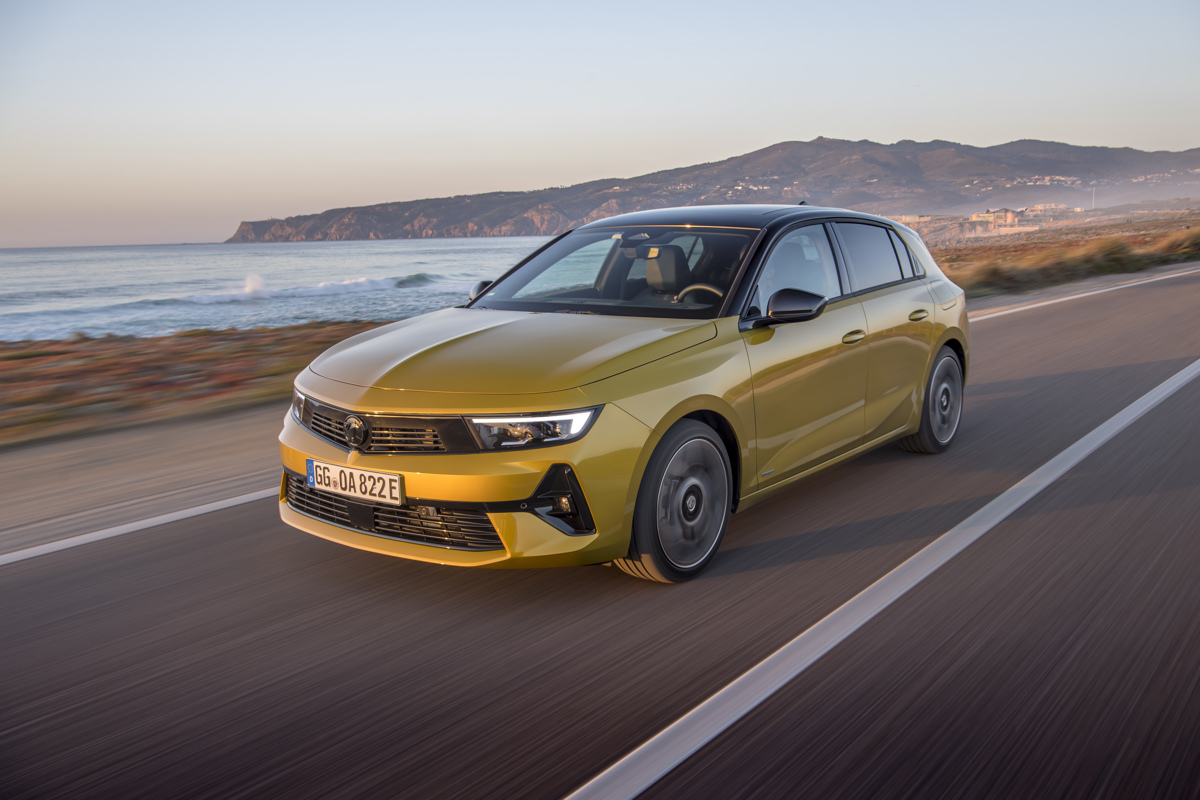 The Vauxhall Astra has undergone the biggest overhaul in its 42-year life, with the new eighth-generation model sharing only a name with its General Motors-developed predecessor. This is the first Astra to utilise Stellantis underpinnings, which means it’s closely related to the impressive new Peugeot 308.

As a fleet market stalwart, the Astra has been known for its durability, practicality and easy-to-drive nature – people didn’t always desire an Astra, but they were often happy to live with one. Things are changing, however. The new Astra is making an effort to be aspirational. It’s a looker, thanks to the Vauxhall Visor front end, sharp body lines and new proportions afforded by its new platform. This might just be the first Astra that will be chosen by the heart, rather than the head.

There’s a high level of standard spec too, although that’s probably to counterbalance the fact that prices have risen by almost £4,000. The entry-level Astra is now priced at £23,570, just a tad less than the VW Golf and slightly ahead of the Ford Focus.

Running costs for the cheapest model are the most expensive of the trio, based on a four-year 80,000 cycle, but are still respectable at 38p per mile.The plug-in hybrid version is more compelling. Vauxhall says it was developed with cost parity in mind, meaning it shouldn’t cost any more to run than a normal petrol derivative.

Figures, provided by Auto Trader, suggest the Astra Hybrid-e in mid-spec trim is 1p per mile cheaper than the base petrol variant. Similarities with the 308 are apparent from the get-go, with items such as the key, door handles andgear selector all borrowed from the Stellantis parts bin. Those who dislike the Peugeot’s i-Cockpit layout will be pleased to find a conventional set-up is used in the Astra.

We’d say the Astra has more in common with the Golf, on the inside. The twin 10-inch screen setup, providing infotainment and digital instruments, is very similar to that of the venerable VW. While the build quality doesn’t quite live up to Golf levels, ergonomically, the Astra is superior. It’s as if Vauxhall’s designers have aimed to replicate the Golf dash but without all the frustrations. There’s a useful row of switches beneath the screen that wouldn’t look out of place in a Lexus, offering control of key functions such as the interior temperature, demister and heated seats. A proper volume knob for the radio is a particular highlight.

The infotainment system is big step up for Vauxhall. It’s lifted from the 308 and is straightforward to use. There’s even a handy rubber strip beneath the display to steady your hand when using the touchscreen. 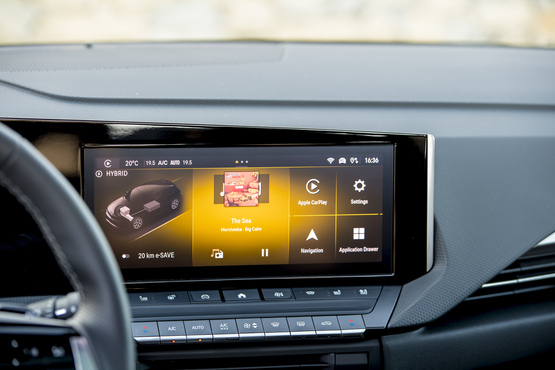 Elsewhere in the cabin, quality is a mixed bag. The key touchpoints are positive, but it’s apparent wherecost savings were made. We liked the seats, which are comfortable and supportive, while the thin-rimmed leather steering wheel is a welcome departure from the much thicker ‘sporty’ ones that many other cars use now. Vauxhall has lowered the seating position in the new Astra, giving a sportier feel. The only downside to the driving position is the siting of the pedals, which are closer to the driver than we’d like. It’s relatively easy to overcome, by pushing the seat back and extending the steering wheel, but that means there’s reduced room for a rear passenger.

To drive, the Astra is not quite as sharp as a 308 – Vauxhall fettled the chassis to meet its own requirements and, while the result is a little benign in comparison, the new Astra is the most fluid and best-driving to date. At motorway speeds it’s quiet and smooth, while the less-eager steering makes it more composed for cruising than the Peugeot. We found the ride on our test car’s 18-inch wheels a little firm around town.

There are only three trim levels and four engines for drivers to pick from. A 1.2-litre three-cylinder petrol engine is offered with 110PS or 130PS, alongside a 1.5-litre 130PS diesel. The headline powertrain, however, is the Hybrid-e: a 1.6-litre petrol motor, paired with an electric motor. It uses a 12.4kWh battery to give a 43-mile range (WLTP) – placing it in the 7% benefit-in-kind tax bracket. A more potent 225PS hybrid will launch later in the year, as a standalone performance model, while a fully electric model will arrive in 2023.

We tested the 130PS petrol first and found it fairly swift and capable of returning around 48mpg. It can be paired with a notchy six-speed manual or a smoother eight-speed automatic. The diesel is only expected to account for a small proportion of sales, but does promise around 60mpg. It’s a little less eager than the petrol, but still a sound choice for high-mileage users.

The plug-in hybrid is more impressive, albeit £9,000 more expensive than the cheapest new Astra. It will easily cover 35 miles on a charge (Vauxhall advertises 37 as a more realistic expectation to the WLTP figure) and could easily match the diesel’s efficiency on longer trips.

It’s a refined unit that manages an almost imperceptible transition from electric to petrol. It doesn’t feel much quicker than the 130PS petrol in real-world driving, but is noticeably smoother.

All three grades are well-equipped, with the entry-level Design grade getting the twin screen setup, LED headlights and a suite of driver aids. GS Line is the predicted best seller, with a sportier look, parking camera, keyless entry and heated seats.

Ultimate comes packed with features like a sunroof, adaptive cruise control and a head-up display.

The new Astra doesn’t automatically jump to the top of its class, but it’s a much more compelling alternative to the fierce competition than before. It’s sensible, no-nonsense transport, like the Astra always was, but now has the all-important desirability factor.

It’s not the ‘hottest’ hot hatch, due to the weight of its battery pack, but it’s certainly one of the best handling plug-in hybrid cars currently on the market.