"It might lack the sharpness of its biggest rival, the Ford Focus, on-road, but the new Golf is still the king of its segment." 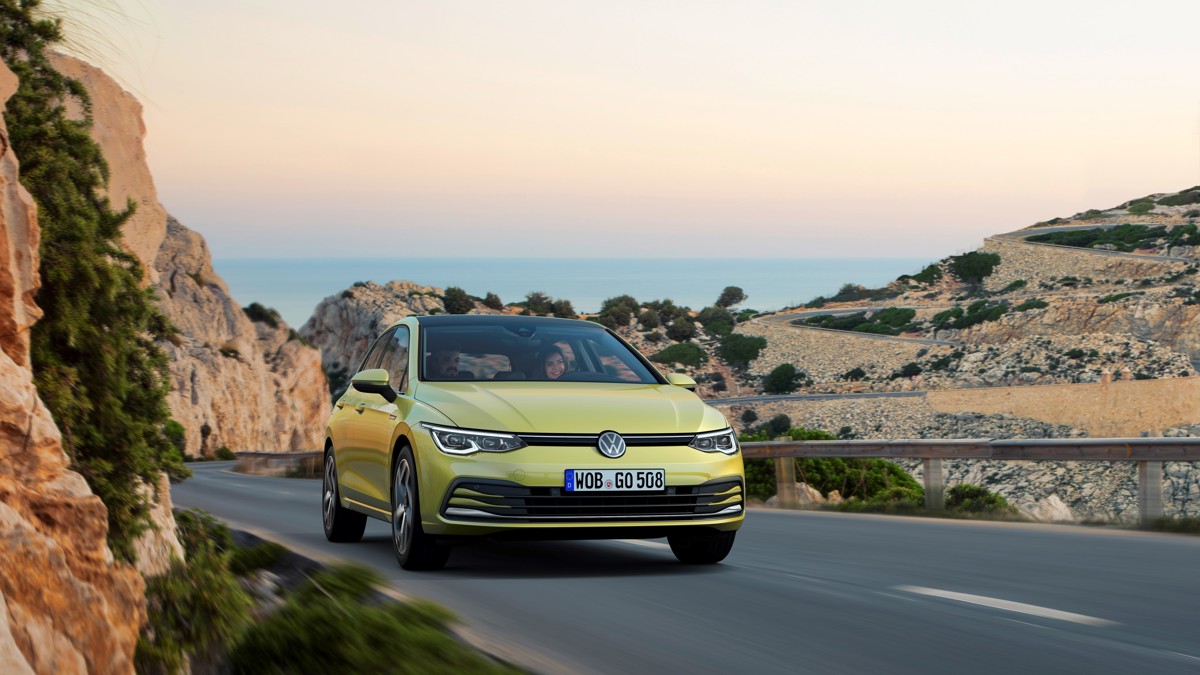 New Golfs don’t come along that often. This latest version is only the eighth in 45 years! But during that time, Volkswagen has never strayed from the car’s core value of providing safe, efficient and reliable transport for the masses.

As such, the Golf has earned its place as the most popular fleet car in the UK, keeping both driver and fleet manager happy.

While still popular with retail buyers, around two-thirds of Golfs sold in the UK go to fleets. 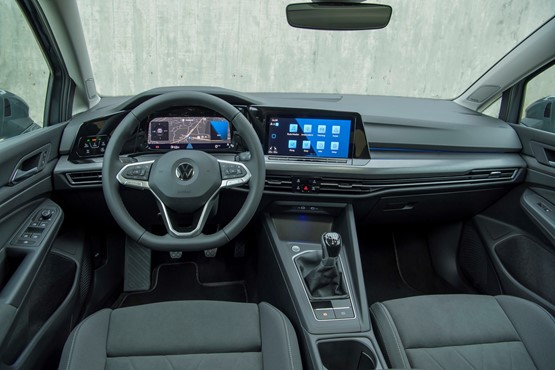 The new car’s dimensions and looks remain closely aligned with those of its predecessor, albeit with a sleeker nose to aid aerodynamics.

Inside, the biggest revelation is the fully digital and button-less cockpit. A digital instrument cluster is fitted across the range, alongside a 10-inch touchscreen infotainment system.

A digital assistant also enables hands-free voice control of the car’s functions. “Hello Volkswagen, I’m cold” is all that is needed to ramp up the heating, for example.

Of course, those wishing to retain manual control will find the new set-up simple, given the user interface is well laid out and easy to operate.

While it was never designed to be an all-out driver’s car, the Golf has always balanced handling and comfort in a way that suits the majority of drivers. The new car is available with a re-designed adaptive suspension system that allows very effective customisation of the ride and handling. From the bone-crushing Sport to svelte Comfort, drivers can fine-tune their desired setting using a sliding scale.

There is no revolution in the powertrain area. In fact, you could accuse VW of taking a backward step as the much-loved (by us at least) e-Golf will be phased out to make way for the ID 3 that is due to launch next year.

There will still be a plug-in hybrid GTE version, using much the same powertrain as the existing model, but the bulk of sales will be split between a 1.0-litre three-cylinder petrol, a 1.5-litre four-cylinder petrol and a 2.0-litre diesel.

For prices and specifications of the new VW Golf range, click here.

VW says the new powertrains are up to 17% more efficient than the outgoing ones, but is yet to publish the fuel economy or emissions data for all powertrains.

The most popular model is expected to be the 130PS 1.5, emitting from 122g/km. There will also be a more powerful version that utilises 48v mild-hybrid technology and delivers 150PS, known as the eTSI.

The lower-powered version is less vocal and provides a more familiar driving experience to the eTSI. While it uses clever fuel-saving technology, the engine doesn’t feel as smooth when pushed hard. It also lacks a sharpness to the brake pedal, due to the regeneration system that activates before the brakes to capture otherwise lost energy. 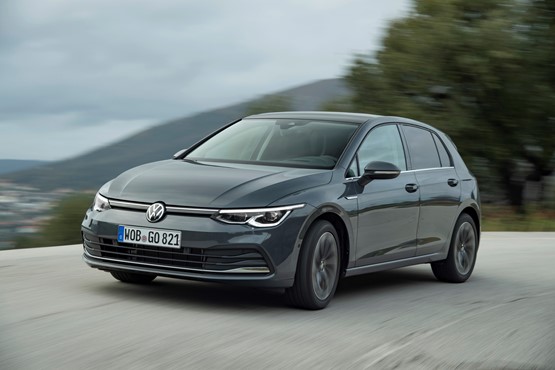 Improvements to the diesel make it our pick of the bunch. The 150PS verion feels potent and, in most scenarios, barely audible. During our test route – and including some more spirited driving – the car was still returning 50mpg.

At present, the powertrains do not meet the coveted RDE2 requirements, but VW plans to update them in due course, enabling those choosing the diesel to benefit from cheaper company car tax.

With the petrols promising lower emissions than the current range, plus the GTE, there are plenty of options to suit all fleet requirements.

The trim line up for the new Golf makes a departure from VW’s familiar S, SE and SE L. Instead, we get Golf, Life, Style and R Line.

The R Line has a sportier persona with different bumpers, larger wheels and sports seats.

Features such as adaptive cruise control and voice control can be added after purchase by simply downloading them from an app store.

The car’s connectivity is also set up for Car2x communication, which allows the Golf to receive messages about approaching emergency services vehicles and upcoming obstructions. The system will also integrate with future smart city technology, when it becomes available.

Prices will start at around £20,500 when the full range is available. At the moment the cheapest new Golf is the 1.5 TSI 130 Life, costing £23,875. It might lack the sharpness of its biggest rival, the Ford Focus, on-road, but the new Golf is still the king of its segment.