"The latest 308 better represents the brand’s intentions to ride the coat-tails of the premium segment." 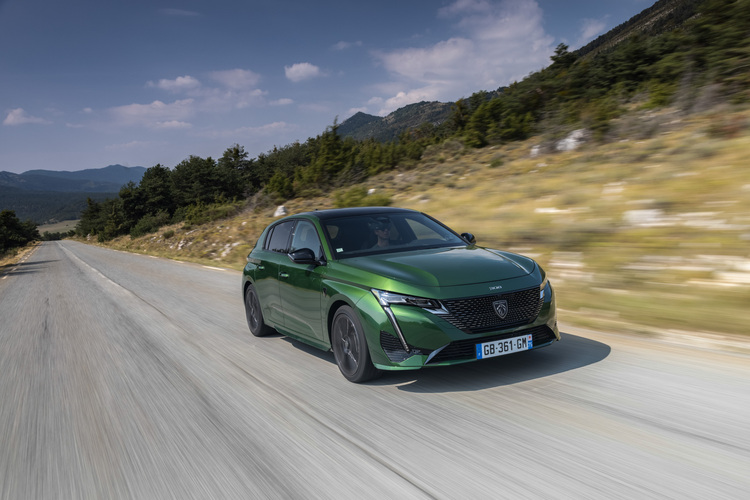 The humble C-segment hatch has evolved in recent years as an influx of premium-badged models has forced mainstream brands to up their game.

Peugeot has responded to the trend with the new third-generation 308 by offering a wider choice of powertrains, more focus on ride and handling and sharper styling to boost desirability.

The latest 308 better represents the brand’s intentions to ride the coat-tails of the premium segment. Perhaps that’s why the new car is the first to wear Peugeot’s new badge. On looks alone the new model scores highly. While it retains some of Peugeot’s signature styling details, like the ‘tiger paw’ rear lights and fang-shaped daytime running lights, the new 308
looks more purposeful and upmarket than any previous Peugeot.

On the inside, Peugeot’s unique i-cockpit – a layout that places the steering wheel beneath the instrument cluster – remains, which may disappoint some. We’ve criticised the set-up in the past for its non-conventional seating position and the same issues are apparent in the new car. It requires a raised seating position, which goes against the car’s sporty pretensions, while the steering wheel must be adjusted to a lower-than-usual spot just to get a decent look at the dials.

Driving position aside, the rest of the 308’s interior could easily impress buyers of premium models like the Audi A3 and Mercedes-Benz A-Class. 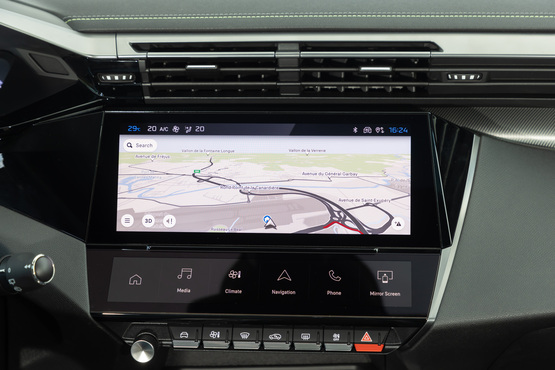 A key change is the 308’s all-new infotainment system, which provides much crisper graphics and, crucially, a more responsive interface. The majority of the car’s controls are housed within the touchscreen and are now much more straightforward to access. The system, which is fitted across the range, can also receive over-the-air software updates.

A smaller touchscreen beneath the main 10-inch display provides shortcuts to key functions, which can be customised by the driver. It’s a much cleaner solution than physical buttons and offers improved usability.

The 308’s upmarket interior is complemented by high levels of refinement on the move. We were impressed at how little wind and road noise is audible while driving at motorway speeds. There’s little to criticise when it comes to driveability, in fact. The chassis is well balanced, giving a good degree of ride comfort along with competent handling.

Initially, there’s a choice of one petrol, one diesel and two plug-in hybrid engines. A fully electric model will also be offered, in 2023. The 1.2-litre petrol acts as the entry point to the range. It’s a three-cylinder unit, so needs to be revved quite hard to get moving. Still, it serves up 130PS and should be able to achieve close to 50mpg.

Fleets that need a more efficient 308 might be tempted by the diesel, which offers the same 130PS power output as the petrol but should achieve 60mpg. Both come exclusively with an eight-speed automatic gearbox but feel underpowered and unrefined when compared with the Hybrid models.

Offered in 180PS and 225PS guises, the Hybrids utilise a 1.6-litre petrol engine and electric motor. A 12.4kWh battery provides an official zero-emissions range of 37 miles. The hybrid models are more responsive, more efficient and more tax friendly, although prices start at £33,000 – some £9,000 more than the base petrol 308.

Despite carrying a weight disadvantage of around 300kg, the extra kilos are not particularly noticeable, and the overall package feels well resolved.

The new 308 represents the next chapter for Peugeot as it becomes a more premium-oriented brand within the Stellantis stable. I-cockpit gripes aside, it’s a mighty fine effort.