First drive: new Mercedes A-Class is both "grown-up and young-at-heart"

"Improved quality, more technology, increased space and enjoyable to drive: the new A-Class is both grown-up and young-at-heart. It’s well worth considering from both a fleet and driver point of view." 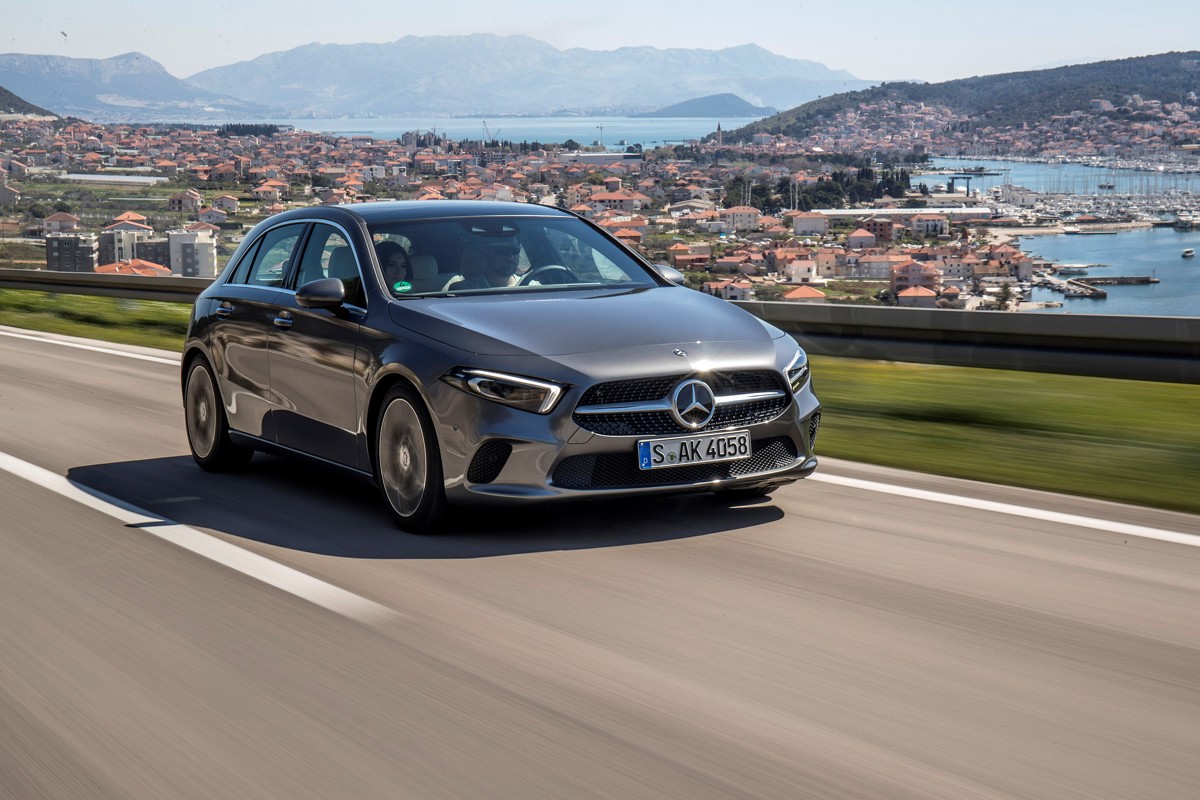 The third generation A-Class transformed the image of Mercedes-Benz following its 2012 launch. Banishing memories of failed ‘Elk tests’ of the original 1997 car, the sporty design enticed a new generation of more youthful owners to the brand, lowering the average age by a full decade.

Given its success then, it’s perhaps surprising to hear Mercedes-Benz referring to the new A-Class as being “more grown-up” than its predecessor.

The car, available to order now with first deliveries in May, has certainly grown, with a longer wheelbase increasing interior space – leg-, shoulder- and elbow-room – and a bigger boot (up 29 litres to 370 litres, slightly bigger than the BMW 1 Series and Audi A3). It becomes more practical as a small family car.

It has also matured, in terms of both safety technology and multimedia, borrowing much from the S-Class, including multi-function steering wheel and the fully-digital cockpit display, which for the first time in a Mercedes has a touchscreen interface.

The A-Class dispenses with the traditional binnacle, replacing it with a ‘floating’ widescreen digital display that stretches half the width of the dash and incorporates speedo, revs and the sat-nav/infotainment.

It’s a stunning piece of design that is available as standard dual seven-inch screens or with either one 10.25-inch screen (part of the £1,395 Executive pack which also includes heated seats and parking assist) or two 10.25-inch screens for the full widescreen effect (as the £2,385 Premium pack).

However, all this ‘maturity’ does not come at the expense of sportiness – either in looks or driving enjoyment; the car will still appeal to those more youthful in age or mind.

Drivers have the option of three engines from launch, one diesel and two petrol. Our pick is the Euro6d Temp-compliant A 180 diesel, a new 1.5-litre unit developed with Renault which offers 116PS with WLTP (NEDC correlated) figures of 68.9mpg and 108g/km CO2. That puts it in the 26% tax bracket.

The engine, mated to the seven-speed auto, is highly refined with no rumble even when starting from cold. It offers instant power as soon as the accelerator is pressed, while the car itself has ample grip and stability.

Mercedes-Benz expects the A 180d to be the most popular among fleets, accounting for 60-70% of the anticipated 40,000-plus annual sales. The P11D price starts at £25,580 for the SE, although most drivers will opt for the mid-trim Sport. The AMG Line completes the line-up.

From launch, the A 180d is available with a seven-speed auto; a six-speed manual will come later this year.

Although diesel will dominate sales, Mercedes-Benz also anticipates growing interest in the new 1.4-litre petrol (A 200, priced from £27,500), another Renault co-development. It features cylinder deactivation, allowing it to run on just two cylinders during less hurried progress for maximum efficiency.

Later this year, Mercedes-Benz will introduce a smaller 1.4-litre petrol (A 180), while two new 2.0-litre diesels – A 200 and A 220 – with a nine-speed auto box will follow in Q1 2019. A mild hybrid is due shortly afterwards and a full electric vehicle will also come to market, although not for another couple of years.

Standard across the range is sat-nav, digital radio, touchscreen and MBUX – Mercedes-Benz User Experience – with its ‘Hey Mercedes’ voice recognition to control key features. Lane-keeping assist, speed limit assist and brake assist are among the standard safety features as Mercedes continues to make this one of its top priorities. It has also improved all-round visibility by 10% by reducing the pillar claddings.

Also of interest to fleets will be the digital key, which facilitates car sharing by multiple users by unlocking/locking doors via the Mercedes Me smartphone app (as long as the key is in the car). Journeys can be logged, with geo-fencing available, making it an ideal pool vehicle, especially for out-of-hours collection and drop-off.

Technology wizardry aside, one of the factors that will appeal most to drivers is the premium feel of the interior. It is several steps up from the outgoing A-Class, with soft leathers and tactile plastics making it more akin to models higher up in the Mercedes-Benz range.

Improved quality, more technology, increased space and enjoyable to drive: the new A-Class is both grown-up and young-at-heart. It’s well worth considering from both a fleet and driver point of view.

Full pricing and specifications for the new Mercedes A Class are available here.