"It feels more dynamic than any non-AMG Mercedes we’ve driven and manages to deliver an equally impressive ride." 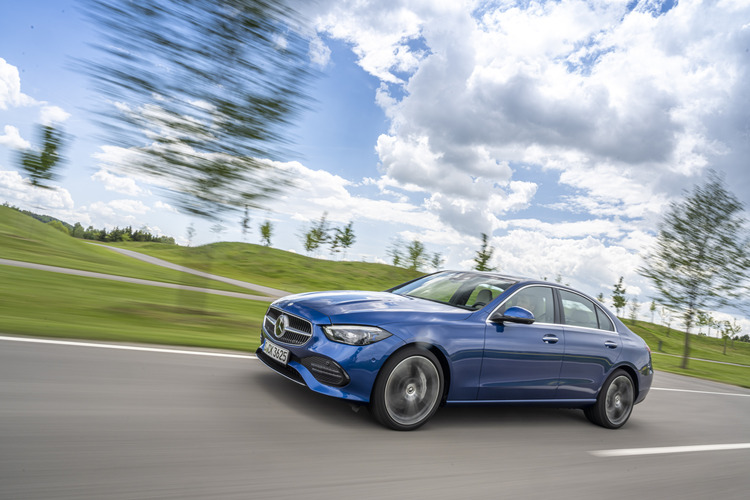 It usually takes a few years for all the new gadgets and gizmos from a manufacturer’s flagship model to filter down the range, but Mercedes has decided to do things slightly differently with its new C-Class.

Now in its fifth generation, the compact executive has borrowed more than just looks from its bigger brother the S-Class, packing in the very latest technology from the Stuttgart brand.

It’s on the inside where the biggest changes are apparent. The C-Class comes equipped with MBUX 2 – that’s the newest version of Mercedes’ infotainment system. The brand says it elevates the car to new levels of connectivity.

A central 11.9-inch touchscreen becomes the main control centre. It’s angled towards the driver and follows the gradient of the dashboard, meaning it feels as natural to use as regular switchgear. 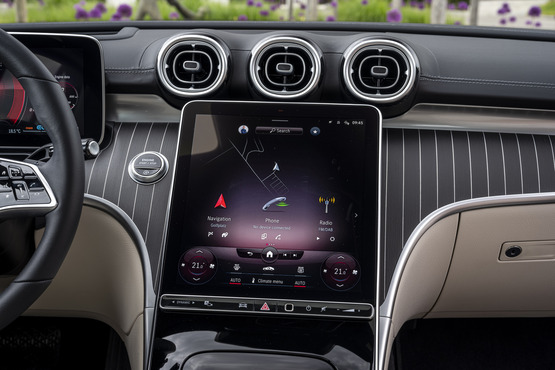 There’s more than one way to operate the new system, however. Those familiar with current Mercedes models like the A Class will be aware of the “Hey Mercedes” voice control system, which in this latest iteration is connected to the internet so it has a broader range of abilities. Think of it like having Amazon’s Alexa in your car.

We’re usually fans of in-car systems that retain some form of physical controller, like BMW’s iDrive, but this new MBUX 2 system is the first fully touchscreen interface that has truly impressed.

Mercedes has moved away from its retro-style interior in this new generation and overall the C-Class’s cabin feels more spacious and less drab than before. It’s now the sector benchmark, in our opinion. Material quality is top-notch and we can’t dispute the comfort of the seats after a couple of hours behind the wheel.

While the underpinnings and powertrains for the new model are largely lifted from the current C-Class, Mercedes says it has vastly overhauled the whole car.

The changes are noticeable in the way the car drives. It feels more dynamic than any non-AMG Mercedes we’ve driven and manages to deliver an equally impressive ride.

Before we get to carried away, there is one caveat. The car we’ve tested is a German-spec left hooker which was equipped with adaptive dampers and rear-wheel-steering. These options won't be offered on UK-spec cars, but we’re confident the car will at least exceed the current model’s driving dynamics.

From Launch the mild-hybrid C 220 d will be the most attractive fleet model, with 215PS and CO2 emissions from 120g/km. Later in the year the C 300 e and C 300 de plug-in hybrids will take over as key fleet models, with the promise of up to 62 miles of zero-emission range. 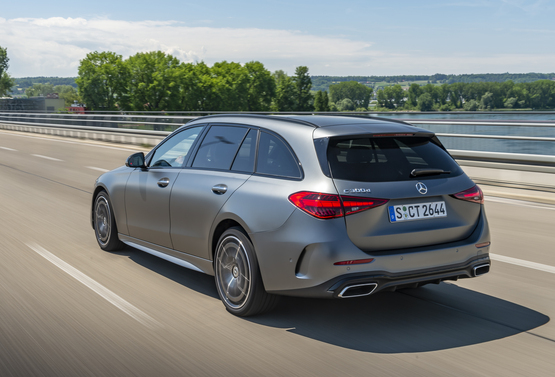 Alongside the saloon, which we’ve tested here, will be an estate that boasts a 30-litre boost in luggage space.

We’re looking forward to putting the new C-Class though its paces when it arrives in the UK this summer and, based on this first drive, we think it might just be good enough to threaten the might of the BMW 3 Series in this sector.