"The interior is lifted, largely, from the 3 Series and is finely crafted." 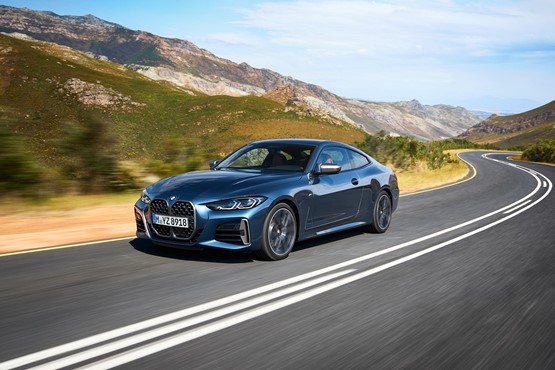 Few cars faced as much controversy as the new BMW 4 Series in 2020. From the moment the first images leaked of its enlarged front grilles, commentators have been less than complimentary of its new look.

It’s certainly a bold step for BMW to take with a model that is designed to appeal to those who want something a bit more exclusive than the aesthetically pleasing 3 Series. Perhaps that exclusivity now comes at the cost of style?

However, if we look back to the launch of the Bangle-era 5 Series, it was met with much the same critique, yet years on it is known as one of BMW’s most timeless designs. Could the 4 Series go the same way? We’re not sure, but time will tell.

Let’s put that aside and concentrate on what the 4 Series can offer fleet customers.

Based on a modified version of the new 3 Series’ platform, it’s available with a selection of petrol and diesel engines, with the 420i and 420d both having fleet appeal. As yet there are no plans to offer a plug-in hybrid, although a fully electric four-door i4 will arrive later this year.

The mild-hybrid 2.0-litre diesel makes the most sense for now then, achieving around 60mpg and a monthly BIK charge of less than £200. 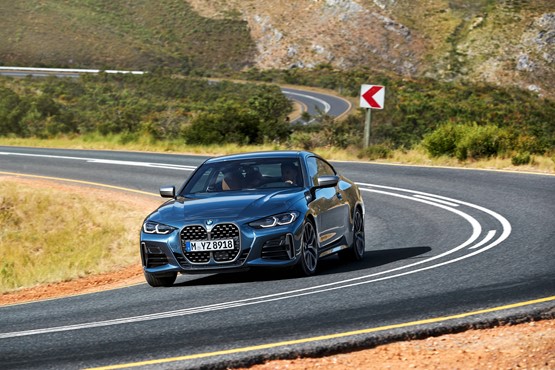 The interior is lifted, largely, from the 3 Series and is finely crafted. It features the infotainment system that we’ve come to know and love from other models in recent years, which is pretty much the best in the business right now.

Comfort levels are good, too. The car is well insulated from outside noise, making it ideal for motorway trips, while the driving position lives up to BMW’s usual high standard.

New for the 4 Series is an array of new lightweight chassis components and aluminium body panels, which contribute to efficiency, but also improve performance and handling.

Weight is balanced perfectly front-to-rear, while increased stiffness in the car’s body helps to boost its driveability.

These attributes are noticeable once you get behind the wheel. The 4 Series feels poised and confident, while its ride is on the verge of being ‘too firm’; those seeking greater comfort should avoid the larger wheel options.

Interior space is good for those up front. The rear feels more cramped, but a four-door Gran Coupe version should launch later in the year for those that need more space but don’t want a 3 Series.

It’s a similar story with the boot, which lags behind rivals such as the Mercedes C Class Coupe and Audi A5 for capacity.

Priced at £42,870, the BMW 420d M Sport competes head on with the less-powerful Audi A5 35 TDI. Not only is the BMW faster and better to drive, it’s also more efficient and has lower wholelife costs. The looks may not be for everyone, but the 4 Series is certainly not one to ignore.

The 2.0-litre petrol engine is both turbocharged and supercharged, while the electric motor helps boost power to a combined 390PS with 640Nm of torque