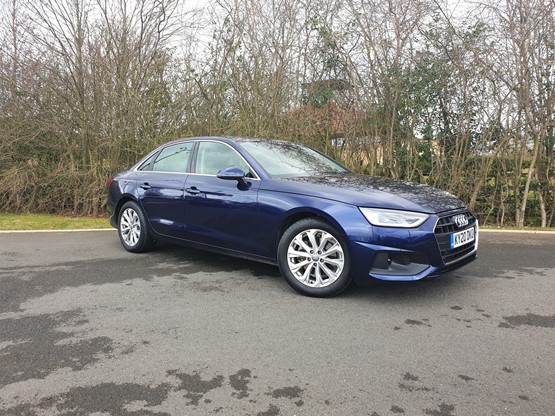 As the lockdown eases, the distance I’ve been driving the Audi A4 has steadily increased.

And the more miles I do, the more impressed I am. On the road, it’s exceptionally refined with minimal noise from the 163PS 2.0-litre diesel engine, while the S Tronic automatic gearbox shifts smoothly.

But, perhaps its stand-out attribute is the ride quality: my routes have taken me over some fairly broken-up road surfaces, but the A4 has remained commendably comfortable and unruffled throughout.

Part of this is due to its standard 17-inch wheels. Over the past few years, the trend for wheel size has been bigger is better, as larger wheel sizes tend to fill wheel arches out more and give cars a sportier appearance.

The downside is the shallower tyre sidewalls also detract from the ride, so there is a price to pay for looking good. 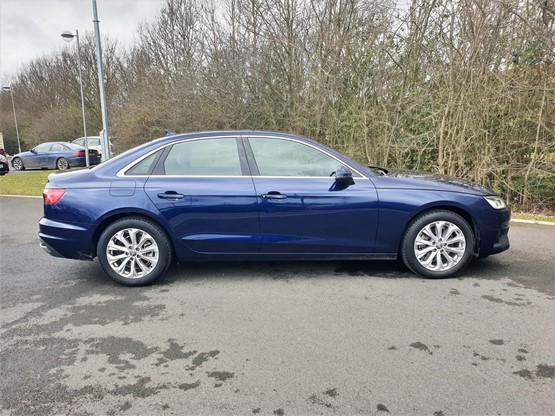 This is not to say that our A4’s looks suffer from having the standard wheels: it remains a classy, handsome car, and the comfort benefits outweighs any potential perceived gain in appearance.

The A4’s early fuel economy has also impressed. Over the longer round-trips – between 60 and 80 miles – the trip computer has reported averages of between 68mpg and 72mpg. Its WLTP figure is 54.3mpg.

Another highlight of the past month has been our test car’s reversing camera system, which has been fitted to the A4 as part of the £1,395 comfort and sound pack.

I’m a long-term fan of reversing cameras, so was pleased to see one fitted to the A4 – particularly as it’s a saloon – but the included overhead view has been an unexpected bonus.

It makes it easier to park neatly in bays, but the local wildlife has also benefited: on one occasion I was about to reverse out of a parking space when I noticed a pair of ducks waddling about behind my car.

I couldn’t see them in my mirrors or rear-view camera, but as they weren’t showing up on the overhead view, I knew they had moved to safety before I started reversing.

There is an expectation – and a need in a competitive sector – that premium cars not only feature plenty of advanced technologies, but that they are easy to access and use.

Our long-term Audi A4 certainly hits the mark on both these counts. An example is its digital instrument panel – Audi Virtual Cockpit Plus. Using a 12.3-inch TFT screen, it replaces the traditional dials for speed, rpm and other information with a display which can also be used to show navigation, media and driver assistance systems.

The display is sharp with classy, clear graphics and provides a real feel-good factor to the driver. It also sets the tone for the rest of the cabin and the technology on offer. 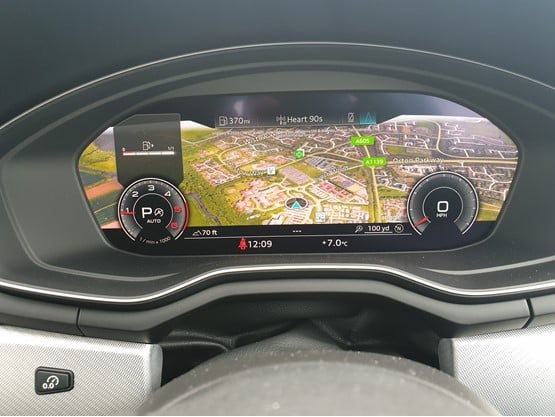 This includes the infotainment system. Research by What Car? ranked Audi’s system as the fourth least distracting to use (the top three, in order, were BMW’s Live Cockpit Professional, Mercedes-Benz’s MBUX and Porsche’s Connect Plus), and I’d agree that it is intuitive to operate.

However, it was another item of technology which pleased me the most in the past month: the electric hands-free boot opening system, fitted as part of the £1,395 Comfort and Sound pack. This allows you to open the boot through a kicking movement below a sensor in the rear bumper.

I’ve driven cars fitted with this feature before. They tended not to work when I wanted them to, but when I didn’t, the bootlid seemingly popped up all the time.

The Audi system has been far more consistent. For example, on a recent visit to pick up a click-and-collect order from a local garden centre, I walked back with a bag of compost cradled in both arms with plants balanced on top. Usually, I would have the inconvenience of grounding them and opening the boot manually. However, two kicks under the bumper and the boot opened as intended.

This feature is far from a must-have, but shows that, as with the Virtual Cockpit and infotainment system, the technology is great when it works properly and, so far, the range and usability of the A4’s systems have been impressive.

The premium car sector is one of the most competitive for aspirational company car drivers.

The Audi A4 is traditionally one of the heavyweights in this sector along with the BMW 3 Series and Mercedes-Benz C-Class, with often little to separate them on paper or on the road.

Analysis of the latest generation of models – including our A4 35 TDI Technik – shows this remains true as far as cost to both employee and employer goes. 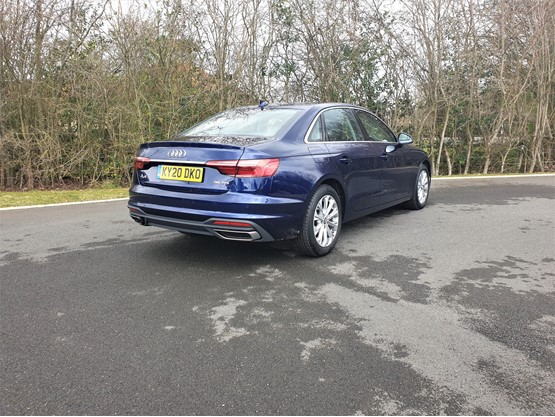 The cost to the employer is similarly close. They would pay monthly Class 1A national insurance contributions of £133 for both the A4 and the 320d, and £130 for the C-Class.

According to KeeResources calculations for wholelife costs – which covers depreciation, SMR, and fuel – the 320d does eke out an advantage over its rivals.

On paper, the difference between the three cars is small, with no model having a significant advantage.

On the road? The coronavirus pandemic has meant that since the A4 arrived on our fleet in March, it has barely been used so our driving experiences have been too limited to form any meaningful view.

Early impressions have been very positive, though, and hopefully we’ll have plenty of opportunities in the future to find out more.

It’s time to say hello to the newest addition to the Fleet News long-term test fleet, and it’s a very handsome one at that.

Audi’s A4 is perennially popular with company car drivers and, after only a handful of miles in its latest iteration, there is no reason to feel this will not continue.

While the latest addition could appear slightly extravagant, the pack does add a lot of equipment for the outlay and further enhances the A4’s already premium feel. 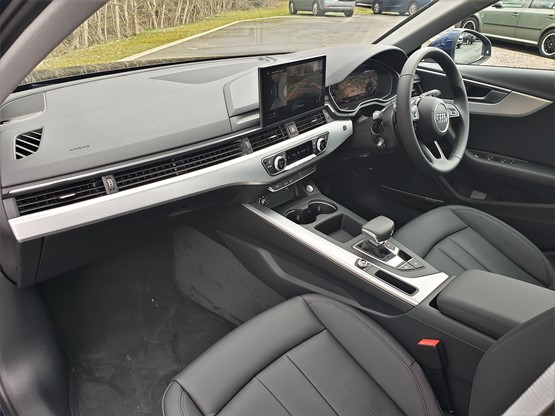 This includes keyless entry and start, an electric hands-free boot opening system which allows you to open the boot through a kicking movement below a sensor in the rear bumper and a Bang & Olufsen 3D Sound System which features 19 speakers.

Also featured in the pack are a 360-degree camera to give a ‘bird’s eye view’ of the car while manoeuvring and an extended LED interior lighting pack, which includes coloured ambient lighting in door trims, door storage areas, cupholder, centre console, and footwells front and rear.

First impressions of the A4 are overwhelmingly positive. It looks and feels classy while, riding on standard 17-inch alloy wheels, it’s really smooth and comfortable to drive.

Will it live up to its early promise over a longer period? We’ve got six months with the Audi to find out.

Plug-in hybrid delivers low CO2 for cheaper tax, but costs a lot more than a diesel.

The C 300 de not only ticks all the boxes to keep a driver happy, but will also keep fuel costs in check for a business.