"Interior plastics have been given a quality boost, there are more soft-touch bits and improved tactility." 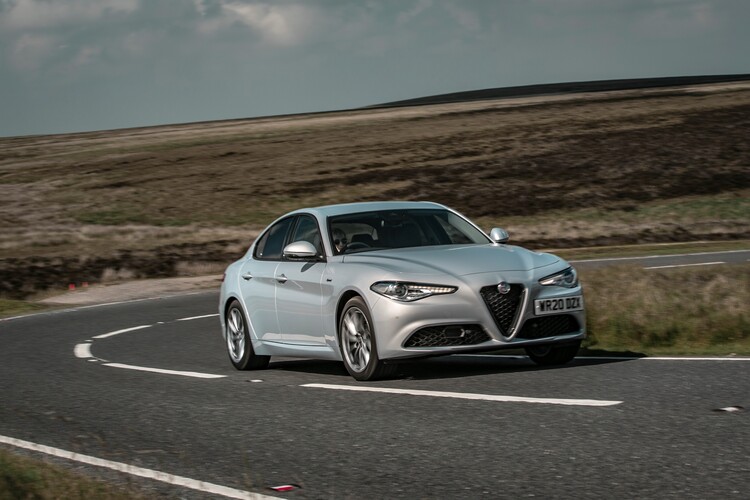 For some fleet managers, the thought of putting Alfa Romeos on their choice list is still as absurd as a Montague dating a Capulet. But this is 2020, so let’s shun our prejudices and embrace change. Welcome to the new Giulia.

You might think, “it looks exactly the same as the old one” and that’s because, well, it does. Alfa Romeo was keen not to mess up a good thing and so it has listened to the criticisms of its customers and the media, to address the car’s shortcomings.

No one complained about the way the Giulia looked, or the way it drove. So, I’m pleased to report that both of those factors have been left well alone.

What did affect the Giulia, when compared with its rivals, was its low-rent infotainment system and some non-premium trim pieces inside.

The model line-up and options list were also confusing, while the fleet-oriented version lacked the flair and equipment of more expensive variants.

This facelifted model has been given a new infotainment system. It’s still controlled, thankfully, using a rotary dial mounted on the centre console and it still uses a TomTom based sat-nav system that isn’t the best on the market, but it’s crisper, easier to use and, most importantly, has Apple CarPlay and Android Auto. 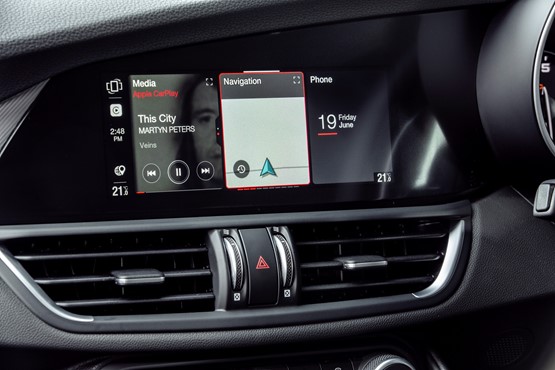 It also has connected services too, including a mobile app and a central portal which will provide fleet managers with real-time vehicle monitoring, remote diagnostics, service requirements and geofencing. Data can also be exported to a third-party management tool. The system and pricing is set to be announced next month.

Interior plastics have been given a quality boost, there are more soft-touch bits and improved tactility.

Some of the unique elements of the Giulia, such as its steering-wheel-mounted engine start button, remain and give the car character. We’d recommend the optional (£295) metal paddle shifters to enhance the ‘Alfa’ experience further.

The Giulia is now a nicer place to be and what a place it is. Nothing feels as special as a Giulia in this segment and that is due to one major factor.

When the German brands design their models, they focus on the core versions first then engineer them up to provide the ‘hot’ models.

Alfa does it the other way around. It designed the Giulia to be the Quadrifoglio – a car that is widely regarded as one of the best currently available in this sector.

Even the basic Giulia benefits from that DNA and it can be felt at every step of the journey. This is a car for drivers, and they won’t be disappointed.

There is one area where we have to criticise the Giulia, however: its engine line-up. It’s a car that is fully able to compete with the Audi A4, BMW 3 Series and Mercedes-Benz C Class, but all of these are available with at least a mild-hybrid engine. Alfa offers a pair of diesel engines, with 160PS or 190PS. Neither is RDE2-compatible, so BIK starts at 34% – some way off a 320d’s 27%. You should expect fuel economy in the mid-40s. Petrol models are even less efficient and this is where Alfa’s non-electrified platform really falls short of rivals.