"Love it or hate it, the 2 Series Gran Coupe certainly stands out." 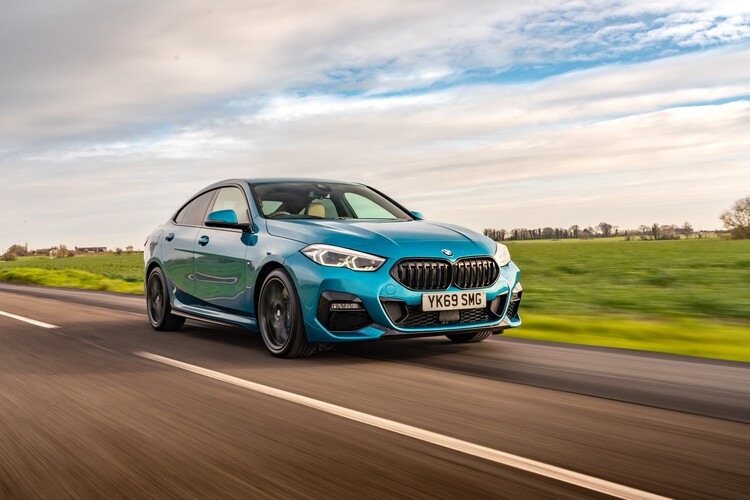 When pictures of the BMW 2 Series Gran Coupe first appeared, one could be forgiven for blurting out “what were they thinking?” when looking at it from certain angles.

BMW design is in a state of flux at the moment. The 3 Series and 5 Series are handsome, well proportioned vehicles, while models in the 2 and X ranges have gotten a bit… well, unattractive.

That said, in the flesh, the 2 Series Gran Coupe is easier on the eye, thankfully. While it is based on the 1 Series, the front end, which you might expect to stay the same, is sleeker with smaller grilles. In M Sport guise, the deeper bumpers give it strong road presence.

Around the back it’s a bit of a different story. The last 2 Series was quite a looker, but this one isn’t so much. It looks like a squashed SUV rather than a sleek four-door coupe.

Compared with its key rival, the Mercedes CLA, the BMW has a lot of catching up to do.

The diesels are RDE2-compliant, so drivers won’t pay the 4% BIK surcharge, making even the more powerful model relatively tax-efficient from around £150 per month.

Interior quality is top drawer. Like the 1 Series, it combines high-quality materials with a tidy layout.

There’s a bit less space in the back than the 1, but refinement is high with little wind or road noise.

We found the front-wheel drive 2 Series a bit less enjoyable to drive than the 1 Series long-termer we recently tested. With more power from its diesel engine, the 220d seemed too keen to understeer and struggled for traction on wet roads.

BMW clearly agrees, as it has already announced the next model will return to rear-wheel drive.

A baby 3 Series the 2GC is not, but it does have a number of positive attributes.

There is more boot space (430 litres vs 360 litres) than in the 1 Series, but the saloon body makes it less practical overall.

Love it or hate it, the 2 Series Gran Coupe certainly stands out.

For drivers that want the power of a 320d, but can’t quite manage it, the 220d may be more attainable. But, for us, we’d sooner pick the 1 Series as it’s a better all-rounder.