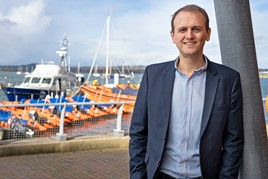 Since the Royal National Lifeboat Institution (RNLI) was founded in 1824 its lifeboat crews and lifeguards have saved more than 142,700 lives.

Critical to the charity’s work is its fleet of 1,050 vehicles – made up of 650 cars, vans, 4x4s and HGVs, which are used for a range of job roles such as fundraisers and system technicians, and 400 specialist vehicles including agricultural tractors and bespoke equipment, used to launch and recover lifeboats, and quadbikes, which are used to patrol lifeguarded beaches.

Managing such a diverse fleet is made more challenging by the RNLI’s geographical spread with 238 operational lifeboat stations around the UK and Ireland, 248 UK and Channel Island beaches patrolled, plus six regional bases (London, Poole and Saltash in England; Perth, Scotland; Dublin, Ireland; St Asaph, Wales), which act as a hub for each region, and 40 regional support centres, which handle day-to-day maintenance of some of the vehicles.

“Unlike a lot of fleets which may be based around certain urban areas, our locations literally couldn’t be any further away,” says Nick Saunders, senior procurement category manager, warehouse and logistics at the RNLI.

“They are dotted right along the coast and in some cases – in Scotland – they are on outlying islands.”

Masternaut telematics, which is being fitted to 650 vehicles, provides data on vehicle location, how the vehicle is driven and helps Saunders to understand its utilisation.

However, it’s not simply a case of identifying and then removing an under-utilised vehicle.

“We’ve got a lot of vehicles that, on the face of it, aren’t highly utilised or are doing quite short journeys,” Saunders says. “So that might be a lifeguard vehicle that is operating on a beach. It will have very low mileage but it is doing a very important job and it is necessary for that vehicle to be there to provide a safe and effective lifeguarding service.

“It’s a difficult balance between looking at vehicles and trying to get their utilisation up versus vehicles that may be utilised every day, but do relatively low mileage.

“Our rescue service has to be available 24/7 so the biggest challenge is making sure we are able to back that up in the most cost-effective way, achieving an optimised fleet, while still having that safety net and the right contracts in place to deliver and support that service.”

The RNLI has put a number of new contracts in place over the past 18 months after Saunders, who joined the charity in 2017 having previously worked at Babcock managing major fleet contracts on behalf of the Ministry of Defence, was tasked with reviewing the charity’s fleet spend.

A savings target of £1 million was set and the RNLI is on track to achieve a net saving of £800,000 (taking into account costs incurred such as the price of installing telematics). That money will help the RNLI with its goal of defeating drowning and saving more lives a sea, says Saunders.

The RNLI has moved away from buying vehicles, where possible, to leasing and now chooses vehicles on a total cost of ownership basis.

Previously, its cars were often selected based on who was offering the best discounts and it had 16 different car manufacturers on the fleet as a result.

The RNLI ran a tender to appoint one manufacturer for all vehicles under 3.5 tonnes. In addition to cost savings, it wanted a manufacturer to act as a corporate partner to help the RNLI achieve some of its strategic goals in terms of fundraising and safety messaging.

“We knew how many of each vehicle type we were going to order so we calculated what our NOx footprint, carbon footprint and particulate matter footprint would be each year based on the vehicles that had been offered from each supplier and tried to select a provider which gave us the best overall footprint based on the solus badge,” Saunders says.

A CO2 cap of 110g/km is in place for cars while vans are all below 165g/km. Saunders says that the RNLI is on track to reduce CO2 emissions by 20% by the end of the year.

Saunders has also reduced the replacement cycle for leased cars from four years/80,000 miles to three years/60,000 miles as it allows him to change the fleet more regularly and introduce ‘greener’ vehicles and “it didn’t really cost us any more from a wholelife cost point of view”.

The vehicles which the RNLI buys are kept longer, owing to their low mileage – seven years, on average, but some specialist lifeboat-related vehicles used for launch and recovery average 20 years. The RNLI has some vehicles which are more than 30 years old.

At the same time as the manufacturer tender, the RNLI ran a tender for vehicle leasing and appointed Alphabet, chiefly for its AlphaCity corporate car sharing service and the guidance it could provide on electric vehicles (EVs).

Leasing means the RNLI doesn’t have cash tied up in vehicles and gives the charity budgeting certainty with a fixed monthly maintenance cost for most of the fleet. The RNLI still maintains the specialist vehicles and the Ford Rangers as they are modified and spend a lot of time going in and out of the water.

The RNLI has been able to outsource a lot of the day-to-day fleet administration, such as licence checks, to Alphabet.

“It is taking that kind of pain away from us and just reporting back,” Saunders says.

The RNLI will begin trialling an AlphaCity vehicle in the spring, and through its busiest period,summer, with a view to rolling vehicles out to its regional bases.

“We’ve got to work out where the profile is right to get the utilisation (of the AlphaCity vehicles),” Saunders says.

“We need to hit around two-thirds utilisation for it to be cost-effective compared with just renting a vehicle as and when we need it.”

The RNLI has 2,500 rentals (equating to 5,000 rental days) per year to cover everything from the summer peak (when employee numbers swell from 1,000 to 1,600 due to more lifeguards being required) to staff travel from the headquarters out to different lifeboat stations and regional bases, and volunteers travelling to training at the main training site in Poole, Dorset.

In the latter case it is often cost-effective to hire a vehicle for a group of volunteers to travel down to Poole.

Volunteers make up 95% of RNLI’s people, including 23,000 volunteer community fundraisers, more than 5,500 volunteer operational crew, 3,500 volunteer shore crew, 178 volunteer lifeguards, plus thousands of other dedicated volunteers. It means some grey fleet use is inevitable, but Saunders says “we try to discourage it”.

Its policy is that any journey more than 100 miles must be done in a hire vehicle or RNLI lease or owned vehicle. 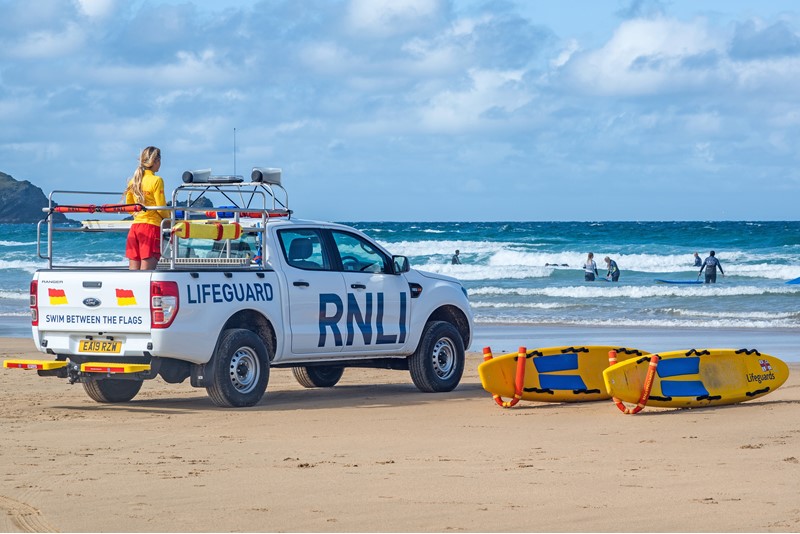 Just more than half (52%) of rentals are one-way, “which is quite rare, so that’s why we selected a broker”, Saunders says.

“It’s a bit easier for a broker to source vehicles in some of the strange and wonderful places we work.”

Switching to Nexus allowed RNLI to restrict the options people could select on a hire vehicle and the types of vehicles.

“It was already controlled but we’ve really tightened it,” Saunders says. “We’ve got really good compliance – 95% of our vehicles now are medium hatchbacks or medium estates so we’ve really driven the volume into the vehicles that are most cost-effective for us to supply.”

Saunders believes more of the vehicles the RNLI owns could be switched to rental, dependent on their location.

“In the south west, the season for beach lifeguarding is long so it’s cost-effective for us to own or lease the vehicle and have availability all-year round,” he says. “In other areas, such as the north west or north east, the season might be shorter so we need to work out whether it’s more cost-effective to switch more vehicles there to rental. Tele-matics is really helping us to see how much those vehicles are needed and used.”

The RNLI opted for a telematics system which is plugged into the vehicle CANbus, giving data on vehicle location, fault codes, fuel consumption, speed, acceleration and braking. It is accompanied by an app, for recording business mileage, and a lightbar solution, which alerts the driver as performance thresholds are crossed with LED and audible warnings.

Driver behaviour reporting, along with licence check data, is sent on a quarterly basis to the RNLI’s health and safety team to review and identify drivers who are in the top and bottom percentage quartiles, and address any issues with those department’s line managers and the drivers themselves.

Saunders is targeting a 7% saving on fuel. There are other less tangible benefits from telematics too, such as reducing the amount of time drivers spend doing mileage claims and ensuring the RNLI is HMRC-compliant.

The fault code data allows the RNLI to do daily vehicle checks for the vehicles electronically and feed that information back centrally to reduce the amount of paperwork and admin.

Saunders believes the biggest benefit could be from identifying which petrol and diesel vehicles could switch to electric. It is beta testing a tool which models the RNLI’s journeys against public charging infrastructure. It is also possible to stipulate that charging will only be done during the day or only overnight or at RNLI locations.

The data suggests that of the 500 vehicles currently fitted with telematics, more than 30% (150 vehicles) are suitable to switch to electric.

Currently, the RNLI has two Mitsubishi Outlander PHEVs, which are used by fundraising and operational support workers, and it has the Transit Custom PHEV on a one-year trial.

“We’ve been using it in a variety of different circumstances and scenarios to help us learn about where it might be suitable,” Saunders says. “One place it has been suitable is in Poole, acting as a support vehicle for our factory where we build all-weather lifeboats. So it does short journeys out to local suppliers and can be plugged-in in between.

With a number of vehicles due for replacement next year, Saunders believe the RNLI will be “rolling out electrification in a big way”. This year is about trialling vehicles and staff engagement.

“Having that telemetry data is going to allow us to electrify our fleet,” he says. “We will be able to say ‘if we had charging infrastructure here, here and here, all these vehicles could have done their journeys pure electric’.