National Grid: To lead on EVs, you have to plan 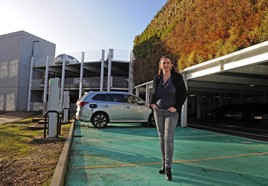 Forward planning is essential for fleet managers. Many work to replacement cycles or length of contracts. But increasingly there is a need to look further ahead when developing a fleet strategy.

Fleet managers need to plan for the shift away from internal combustion engine (ICE) vehicles. While these vehicles dominate the market today, the future is set to be different. The Government plans to end the sale of new ‘conventional’ diesel- and petrol-powered vehicles by 2040, with many calling for this to be brought forward to 2030.

“I’ve worked backwards from 2030,” Lorna McAtear, National Grid’s fleet manager, explains. “If the aspiration is to be net zero in 2030, what do I need to do to get there? My cars are on a three-year cycle so that means I need to stop procuring ICE vehicles by 2027. And if I’m going to do that then I need a few years of policy changes and people engagement.”

McAtear believes that switching to fully electric cars will be straightforward but heavy commercial vehicles and plant will be “a bit of a challenge”, as there is currently no zero-emission solution. But that hasn’t deterred National Grid from setting its 2030 ambition.

“Cars are likely to be the easiest because we expect to see price parity in the next few years. The range is increasing and we expect vehicle availability to improve, so working up towards that target, with a three-year lifecycle, that should be achievable,” she says.

On the commercial side she is willing to consider all options that may become available, including hydrogen. 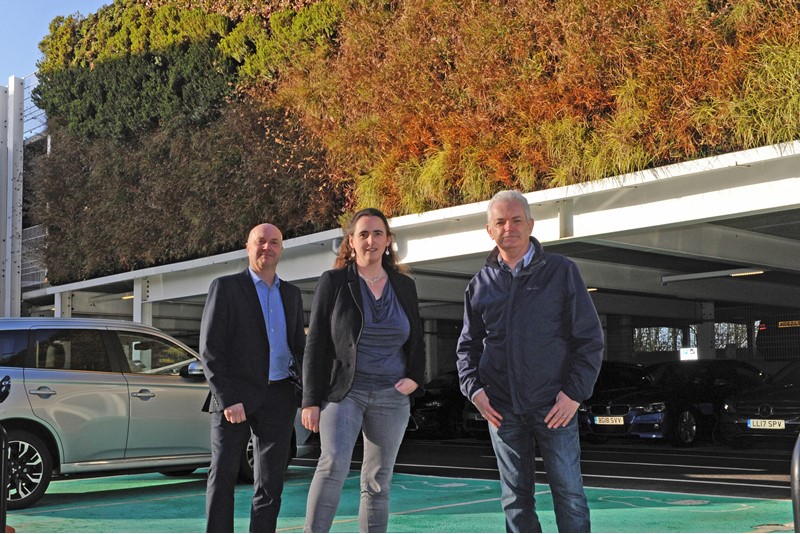 Before that, she was commercial vehicle manager at E.On, where she successfully introduced electric vans to the fleet.

When the opportunity came up at National Grid, following Alistair Patterson’s retirement, it was “the natural step on that electric vehicle journey”, McAtear says.

When she joined, National Grid had seven fully electric cars on the fleet (with more on order). Today, that number has risen to 24 with 52 on order while on the van fleet, 30 Nissan e-NV200s will be deployed this month.

The company operates a user-chooser scheme so there is a variety of electric cars, including the Volkswagen e-Golf, BMW i3, Jaguar I-Pace and Tesla Model 3.

Drivers are incentivised to choose an electric vehicle through a voucher scheme.

“Everyone gets a car allowance but if you choose to go for an electric vehicle instead you get more money, which brings more vehicles into scope for them to choose from,” McAtear says.

The electric vehicle voucher scheme, alongside the Government’s announcement in July that there will be no benefit-in-kind (BIK) tax on electric cars in 2020/21, has contributed to the uptake of EVs.

National Grid does not provide home charging units for its employees but does advise them how to get one. Employees can also charge at work (there are charging points at 22 of National Grid’s locations, the majority currently at head office in Warwick). Each driver has a card to access the charging points and is billed actual cost.

By February next year, National Grid will have 112 charge points, 75 of which are being installed to support the 30 e-NV200s.

That compares with 160 charge points in the US (National Grid has a US arm, with sites in Boston and New York).

“They have a different journey on their EVs because in the US it’s a different regulatory set-up,” McAtear says. “But we are trying to understand what we can learn from each other. For instance, if a vehicle manufacturer is bringing out a 4x4 in the US before here, what can I learn to get ahead of the curve here?”

“I have more demand than we have supply of vehicles, across all the manufacturers,” she says.

She is managing the situation through regular communication with manufacturers and National Grid’s car fleet management provider, Inchcape Fleet Solutions, as well as advising drivers before they place an order what the estimated lead time is. 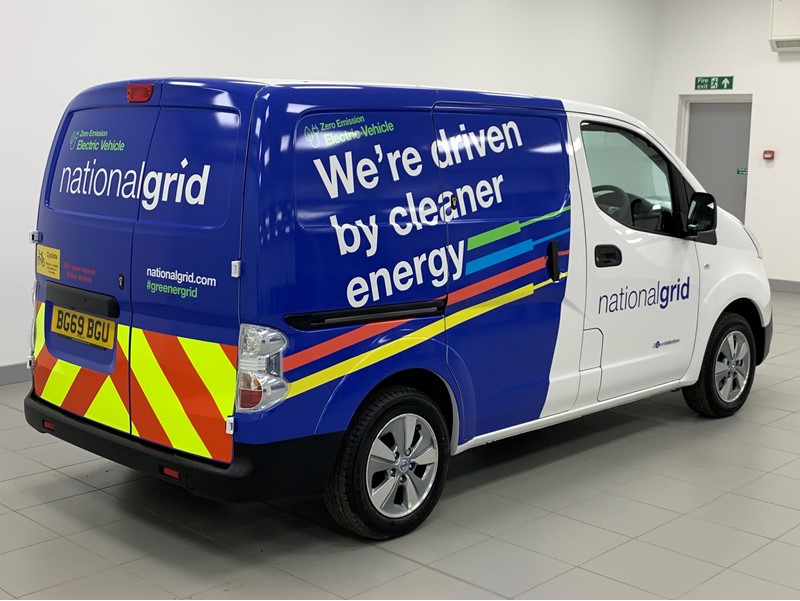 Lead times have been a headache for McAtear since she started at National Grid. The company car scheme had closed for a period owing to the problems around the Worldwide Harmonised Light Vehicle Test Procedure (WLTP) and when it re-opened, there was pent-up demand with around 600 employees due to replace their cars.

“Even in August (nearly a year after WLTP was introduced on cars) there were still vehicles unavailable because manufacturers stopped producing them and, in some cases, the lead times of the new vehicle that was coming out was 12 months,” she says.

McAtear and her team had to work with drivers to find suitable alternatives or offer contract extensions.

“We use a panel of funders through Inchcape and we rate book over three months but we were doing it every month to get more vehicles on to the list so we could give people greater choice,” she says.

Van procurement was also something that had to be addressed when McAtear started, as several vans had reached the end of
their lifecycle. National Grid buys all of its commercial vehicles. Vans typically run for five to six years and more specialist vehicles operate on a seven- to eight-year cycle.

Her colleague Ian Walker, fleet operations manager, who joined the team from Cadent, was tasked with van procurement.

McAtear says that half of the nine-strong fleet team are new due to retirements. Both the procurement and operation functions sit within her team. The operations team has to visit 23 sites and audit the commercial vehicles to ensure they are compliant with the O-licence.

National Grid is a diverse business and McAtear says working across the various units can be a challenge due to regulatory constraints. She has to follow Official Journal of the European Union (OJEU) rules for tenders – something she hasn’t done since working at E.On.

McAtear has also found it a challenge not having the same tools at her disposal as she has enjoyed previously. For instance, National Grid does not yet have fleet management software so she has to pull in data from various sources, including fuel cards, Inchcape and Rivus Fleet Solutions (which manages the commercial vehicles and plant).

“When you join a new company you have to spend a bit of time working out where the baseline is and what the standards are that they’ve got used to,” she says. “It’s understanding what can I change? It might be ‘normal’ for me but actually these guys haven’t experienced it before so how do I take them on the journey?”

She adds: “I’ve had to learn when all my contracts are up. What can I change and what do I live with for a bit? It’s understanding where to manoeuvre, what the quick wins are, what is the longer term.

“All my supply chain is up for review but it’s up for review because the world is shifting – therefore is the solution right for us going forward? What else is out there?

“It’s such a dynamic, shifting environment at the moment that in order to lead tomorrow we’ve got to start planning today.”

Lorna McAtear is currently working out where Mobility as a Service (MaaS) fits into her fleet strategy.

National Grid has a separate workplace team which manages travel and McAtear is working with them to procure a ‘green’ bus.

For a number of years the organisation has had a regular shuttle bus which takes staff between the office and Warwick Parkway and Leamington Spa train stations, and it is now looking for a ‘greener’ option.

“We’re looking at electric, hydrogen, ammonia, whatever is available,” McAtear says. “It’s ‘what is the fuel of the future?’.”

National Grid also encourages staff to car share and gets all new employees to register for Liftshare.

“We have very few single occupancy car park spaces,” McAtear says. “You are only allowed on site by car and get a parking space if you meet certain criteria based on where you live and what you do.”

National Grid has two helicopters, which are used in order to check power lines.

“One of the first things I had to do was make sure we purchased a new helicopter,” McAtear says. “Fortunately, I have a team that I trust to be able to do that.”

It wants to work with third-party suppliers to create a new motorway network of EV charging points, enabling vehicles to be charged in less than 12 minutes.

The National Grid said it supports the more ambitious target while giving evidence to the Business, Energy and Industrial Strategy Committee yesterday (March 27).

Key stakeholders from Optimise Prime, the world’s biggest electric vehicle (EV) trial, will be presenting and holding a Q&A session on the project at this year’s Fleet Live in October.