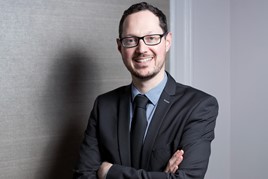 Over the past five years, Energy Saving Trust (EST) has helped lower the amount of carbon discharged into UK skies by more than 66,000 tonnes by introducing environmental initiatives to 360 fleet operators. That’s equivalent to removing 14,000 cars from the road for one year or growing 1.7 million tree seedlings for a decade.

While those operators can justifiably promote their role in tackling global warming, there is more to it than their pure altruism. EST has also identified cost savings of almost £47m – roughly £130,000 per company – from those environmental initiatives. If ever there was an incentive for going green, that surely is it.

Company engagement with the Government-based social enterprise is divided almost equally between public and private organisations, with 46% of fleets in the public sector and 53% private (1% are ‘third sector’, typically charities).

Combined, they operate 323,000 vehicles. The average of almost 900 vehicles per fleet is a little misleading – EST works with business running just two or three vehicles to those in the thousands.

Note the emphasis on ‘low emission’; EST is not an electric vehicle (EV) evangelist; it recognises that efficient diesel has as big a role to play on some fleets as electric and hybrid, though it naturally defers to zero emissions technology wherever possible.

Nevertheless, a key part of its consultancy work is matching the best vehicle to each person or job role.

The figures are unquestionably impressive. However, 360 companies is a mere drop in the ocean of the tens, nay hundreds, of thousands of businesses running vehicles.

Eastwood has been at EST for three years. Until his appointment as UK head of transport in July 2018, he was in charge of the Scottish operation. When he took over there, it was employing five people with revenues of £7m. Now it employs 18 and turns over £32m.

“We expanded into new areas and we leveraged our core expertise regarding managing grants and loans. We also expanded our support for infrastructure,” Eastwood says.

“We launched the bus retrofit programme and went into loans for e-bikes and e-cargo bikes.”

He hopes to have a similar impact on the rest of the Energy Saving Trust operation.

EST is best known in fleet for providing advice and support, in particular the Government-subsidised fuel-efficient driver training courses. More recently, it has broadened its interests into the roll-out of the EV charging infrastructure, working with the Office of Low Emission Vehicles (OLEV) in England and Transport Scotland north of the border.

The core mission remains the same as it did when EST was formed in 1992: to help individual businesses and organisations to save energy and fuel every day, supporting Government policy on carbon reduction and its central transport policy.

“It’s helping fleets to identify the most efficient vehicles, driving them as efficiently as possible and using them less where possible,” he says.

Last year saw two key milestones that will support EST’s work: the publication of the Government’s Road to Zero strategy and the Zero Emission Vehicles Summit in Birmingham.

“It’s a step in the journey, but it feels like ULEVs (ultra-low emission vehicles) are becoming mainstream,” Eastwood says. “There is still not the range of vehicles, but we know from manufacturers that in 2019 and 2020 there will be a lot more models that are cost competitive and with extended ranges.

“Our role is to help fleets identify those opportunities, looking at their fleet replacement cycles and how they can replace existing ICE (internal combustion engine) vehicles with EVs.”

A new consultancy project might consist of an initial report with some quick wins, but it’s vital for EST to provide ongoing support by visiting the company every couple of years, not least due to ever-changing legislation and technology.

“It’s rare that fleets will take on every recommendation and there are some that don’t take on any,” says Eastwood. “But most take on some and a large proportion take on most. They have to do what’s best for their business. Our role is to enable them to make informed decisions.”

Red flags range from a company having different priorities at that time to the recommendations being too challenging. “On paper, it might be the best decision, but it might be too difficult or there might be too much resistance within the business,” Eastwood adds.

While consultancy is EST’s bread and butter, the route to the full blown service can come through many means. Often it’s the driver training, subsidised to the tune of £25 per driver – sufficient for a 45-minute session. It includes an observation drive, feedback and a second drive under instruction to implement the tips, such as anticipation and gentle acceleration and braking.

Training for more than 65,000 drivers

EST works with 40 driver training companies in England and 14 in Scotland and has delivered training to more than 65,000 drivers.

“Drivers can undertake one course per year. There is a short- and long-term impact of training so we recommend revisiting driver behaviour once a year to keep it in their minds,” Eastwood says. “We also train driver trainers for some fleets and work with industry stakeholders to promote best practice.”

EST also offers subsidies for EV-specific driver training. During 2017/18, it trained 271. Eastwood describes that as “modest, but we expect to see significant growth in 2019”.

As to the future for the company car and the likelihood of new mobility solutions offering a viable alternative, Eastwood believes they won’t gain a foothold until there is a seamless payment system or aggregator which incorporates all forms of transport.

He’s seen it elsewhere, recounting the time he travelled to an airport in Sweden via bus, train and coach all on one ticket purchased on his phone with three different service providers.

“Once you can do this in the UK, then it will make a difference,” he says. “But we still rely on traditional transport options and the car is still key for many companies and people.”

Free advice for fleets from EST

Companies have nothing to lose by undertaking an initial Green Fleet or ULEV consultancy with Energy Saving Trust – they are completely free.

The initial conversation will look at the type and amount of data the fleet collects and how the fleet is managed. However, even this step can be a challenge, according to Matt Eastwood.

“If they don’t collect, record and report data, we have to work with them to get it,” he explains. “It used to be a big issue, but it’s less so now.”

Data includes vehicle usage, types of journey, both individual and annually, usage patterns, fleet composition and grey fleet. From that, EST can identify under-utilised vehicles, the mileage and type of work each vehicle does, the ideal type and size of vehicle required and capacity needs.

“A fleet can either say ‘this is how we operate and we want vehicles that fit those patterns’, or ‘this is how we will operate our services to fit ULEVs’,” says Eastwood. “Most take the former approach.”

He adds: “We then profile the fleet versus the options available and make our recommendations, outlining the savings possible by introducing those measures.”

The report could suggest driver training, introducing telematics or switching diesel for electric.

The initial meeting can take 60-90 minutes, while the final report can take up to three months to prepare, dependent on the size and complexities of the fleet.