In the spotlight: PSA Peugeot Citroen 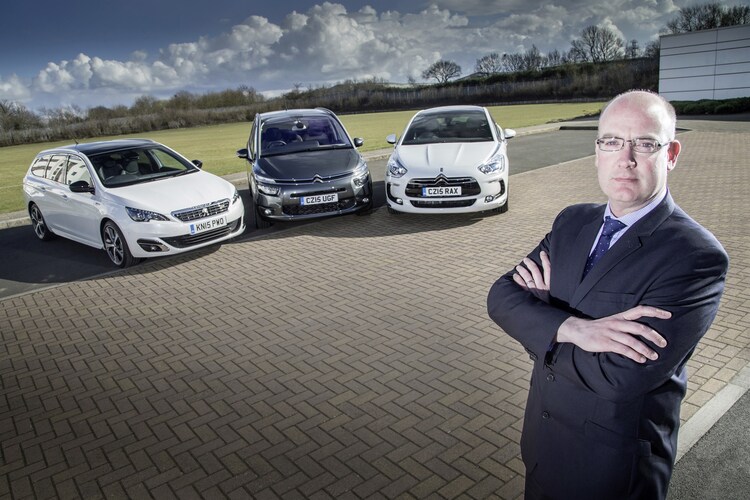 Skip back three years: Citroën disclosed plans to vacate its Slough head offices, where it had been based for more than 80 years, to move in with sister PSA brand Peugeot at its new HQ in Coventry.

The speculation commenced. Would this mark the beginning of a joint PSA approach to the market? Both companies downplayed the significance of the relocation, admitting that there would be some back office synergies, but little else. However, last year came the announcement that a number of key roles would become group-specific rather than divided by brand. They included the position of fleet director.

Around the same time, PSA announced it would separate the DS brand from Citroën as it looked to create a premium force to compete against the likes of Audi, BMW and Mercedes-Benz.

Peugeot director of fleet and used vehicles Martin Gurney was appointed to the PSA group fleet role; his counterpart at Citroën, Martin Hamill, has since moved to a new role of director, quality & the academy at the company.

In his first interview since taking up the position, Gurney admits he could have easily been overwhelmed by the scale of the integration. “This was an organisation that steadfastly kept its fleet departments apart – the question was ‘where do we start?’,” he says.

The answer was to look at the structure of the two fleet teams from the perspective of the customer, focusing on four key components: used vehicle operations, corporate sales, fleet sales operations and leasing/rental.

Upon closer inspection, some elements required less adjustment than others. Used cars, for example, were distinct Peugeot and Citroën operations on paper, but in reality they both reported into Martin Hamill; that arrangement will continue with Mark Spray controlling the remarketing for Citroën, Peugeot and DS as head of used vehicle operations. Other areas – particularly those which were customer-facing – weren’t quite so straightforward.

“We have around 1,200 active corporate accounts – either outright purchase or contract hire – of which around 700 are Peugeot and 500 are Citroën,” Gurney says. “Only 100 are shared accounts, which tend to be multi-badge policy and large fleets.”

Shared accounts will be given a choice: to carry on dealing with both Peugeot and Citroën CSMs, or to just have one for both accounts. They can also choose which CSM, if they have a preference.

“We don’t want to undermine the relationship that we currently have, so we will give the customer the opportunity to choose to be more efficient in their communications if that’s what they want,” Gurney explains. “The feedback has been positive from our accounts – they are receptive to the changes and delighted that we asked them for their view.”

Gerry McCaffrey will head the two CSM teams, although he will have tri-band responsibilities. How DS fits into the fleet mix has yet to be established; it’s likely that both CSM teams will be involved – they will also be expected to open up cross-brand opportunities with solus accounts.

“We will focus our corporate sales teams on all three brands regarding developing business opportunities,” says Gurney. “If a Citroën CSM sees an opportunity for Peugeot, they will make the introduction for the Peugeot CSM.”

He accepts the logical conclusion that the majority of shared accounts, existing and future, will choose to deal with just one PSA contact: “We are convinced that, over time – possibly a two-year journey – organically, the vast majority of our accounts will end up being shared PSA accounts.”

Tenders will be handled in one of two ways: existing customers will continue to be separate; new business opportunities will be handled by one CSM for all three brands – another decision that will inch the company towards a tri-brand structure.

Gurney says: “It means that all three brands will have more opportunities; there will be more chances for us, as a group, to benefit.” However, he stresses: “The vast majority of our corporate accounts will see very little difference.”

The new PSA fleet department was officially created on April 1; the reorganisation will be complete by the end of June. A key benefit to merging the two fleet operations has been the unearthing of ideas and initiatives that existed only within one team, according to Gurney.

“We had a lot of great practice within the teams that the others weren’t aware of, such as around raising requests and fleet demonstrator programmes,” he says. “We have the opportunity to pick the best practice from the teams for all three brands.”