Kia aims to stay in forefront as BEV interest grows 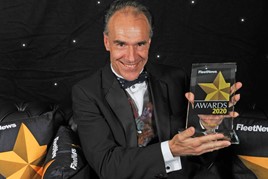 While this technology accounts for a small share of the overall new car market at 4.7%, this is more than three times the proportion it took in the same period last year.

One of the manufacturers at the forefront of this surge is Kia. Currently offering the e-Niro – which was named best zero emission car in the 2020 Fleet News Awards – and the Soul EV, it announced its Plan S Strategy at the beginning of the year.

This will see the manufacturer offer 11 electric vehicles (EVs) in 2025 globally across a range of vehicle segments, including passenger vehicles, SUVs and MPVs.

The first of its next-generation EVs will be launched in Europe in 2021, offering a crossover design, a range of more than 300 miles and a sub-20-minute high-speed charging time.

This will, the manufacturer hopes, help it achieve global annual BEV sales of 500,000 by 2026. It is aiming for more than 20% of its European sales to be fully-electric by that time. 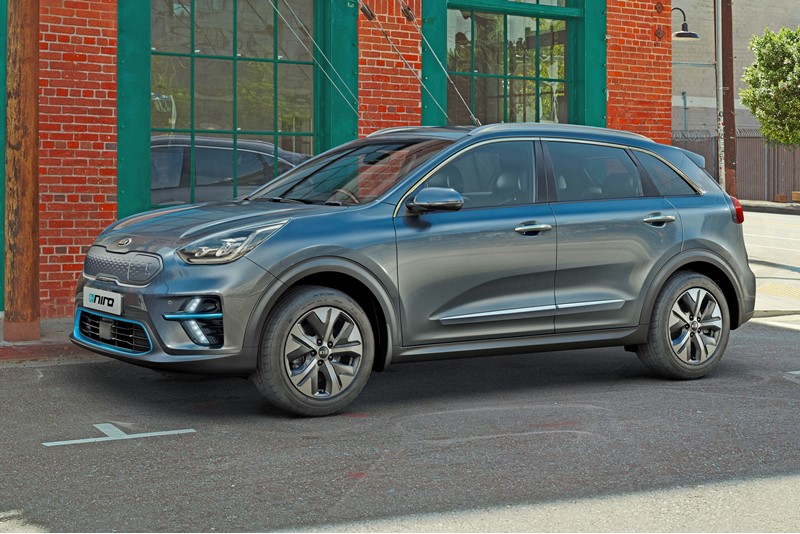 “Fleet demand for (e-Niro) is very strong,” says John Hargreaves, head of fleet and remarketing for Kia Motors (UK). “We’ve had some bulk orders and also plenty of ones and twos as well.

“There were issues with getting enough of them to meet demand, but we have that under good control now.”

A customer who orders a new e-Niro can expect delivery within two months following a boost in UK supply. Soul EV, which traditionally has had a shorter lead time than e-Niro,  has also seen an increase in stock, with customers potentially getting a car within two weeks of ordering.

The e-Niro line-up has also just been revised to offer a broader choice. Previously, it was available in one trim level with a 64kWh battery, giving a range of up to 282 miles, but can now be specified in three equipment grades, as well as with a smaller 39kWh battery pack. This has a range of up to 180 miles.

In addition, the SUV is available as a plug-in hybrid, alongside PHEV versions of the Ceed Sportswagon and XCeed crossover. The new Sorento SUV will be available as a PHEV when it is launched towards the end of the year.

“We’re trying to be in a position where we have the product to make the change (to EV), because, obviously, there is going to be a change,” says Hargreaves.

“It’s going to be cost-driven. There is going to be a tipping point where the wholelife cost of an electric car is so strong that it becomes a very compelling argument for both the benefit-in-kind (BIK) taxpayer and their employer as well.

“From the employer’s point of view, often it’s still cheaper to put the driver into a normally-powered car. So, there’s still a good market for non-EVs.

“But it is changing, the gap is narrowing. If you look at contract hire rentals, the difference between an electric car and a petrol or diesel car is going down.

“More and more companies are looking to make a very positive statement about environmental issues and are, therefore, prepared to shoulder a bit of a cost burden to have a greener fleet. But there are also plenty of people who think ‘yes I will do it, but I can’t quite afford to do it at the moment’.

“So, although we’re very much moving down the road of alternative fuel, we’ve still got large volumes of conventionally-powered cars such as Sportage.”

The Covid-19 pandemic has caused Kia to revise its registration expectations for 2020.

Four years ago, Paul Philpott, president and CEO of Kia Motors (UK), told Fleet News he wanted 100,000 total registrations in 2020, with half of these going into the fleet sector. Last year, it registered a total of 95,000 cars.

Registrations have fallen in retail and all fleet sales channels, with Kia’s new 2020 expectation at just less than 70,000 cars of which 36,000 will go into fleet.

“Rental isn’t a huge part of the numbers we do – it will probably be 6% of our total volume – but, in the immediate term, rental companies had no requirement for cars, which meant we had vehicles we thought we were going to sell to them, but didn’t,” says Hargreaves.

“Fortunately, they’re starting to want to have some cars again and in the third quarter I would expect us to do rental volume at almost the same levels we were predicting.”

The Motability scheme was suspended at the end of March as dealers closed, but reopened in June.

“We saw it as something that would come back quickly and I’m pleased to say it has,” says Hargreaves. “Our applications on Motability are extremely strong.”

The corporate market has been “interesting” during the pandemic, he adds, with many companies extending vehicle lease contracts and laying off staff.

“Our steady flow of user-choosers has been impacted significantly and is only just starting to show signs of recovery,” says Hargreaves.

“There are still some deals coming through for cars, and we have done some volume deals where an organisation needs a batch of vehicles to fulfil a job function. There are still those sorts of opportunities. They are fewer than normal, but they still exist.”

The latest SMMT figures show the UK’s fleet and business registrations are down 45% year-on-year, while Kia’s fleet registrations have fallen 41%. This has given it a market share of 4.6%.

“At the same point last year it was 4.3%. Therefore, although we’ve sold fewer cars because the market hasn’t been there, our share of the market has gone up,” says Hargreaves.

“If you went back 10 years, it would have been considered impossible for Kia to have nearer a 5% fleet share than 4%. We were less than a 2% fleet manufacturer, so we are pleased with the progress we’ve made.”

How Kia supported dealers through the pandemic

Dealers form an important part of Kia’s fleet offering and the manufacturer has worked to support its network through the pandemic.

“We have around 30 corporate specialist dealers and, like the rest of our network, these were shut down, with the business specialists largely furloughed,” says John Hargreaves.

“We agreed with our dealers that we would give them the normal base level of support for the second quarter of the year because, although they weren’t doing many of the things normally required to get the financial support, we considered it fair.”

Dealers could also play a role in any movement towards mobility solutions, with the manufacturer looking at developing its dealer rental scheme into a car share programme.

“It’s early days on that, but we’re looking at the mobility piece in general,” says Hargreaves. “Not necessarily plunging headlong into it, but certainly being in a position to go that route if we need to.”

There has been a boom in the number of electric cars on the market, but the Kia e-Niro is a stand-out product thanks to its long range and affordable price.

Kia has cut the lead times for the e-Niro to within two months, following a boost in supply.