"Every exterior panel is new, but it remains instantly recognisable to fans of the old model." 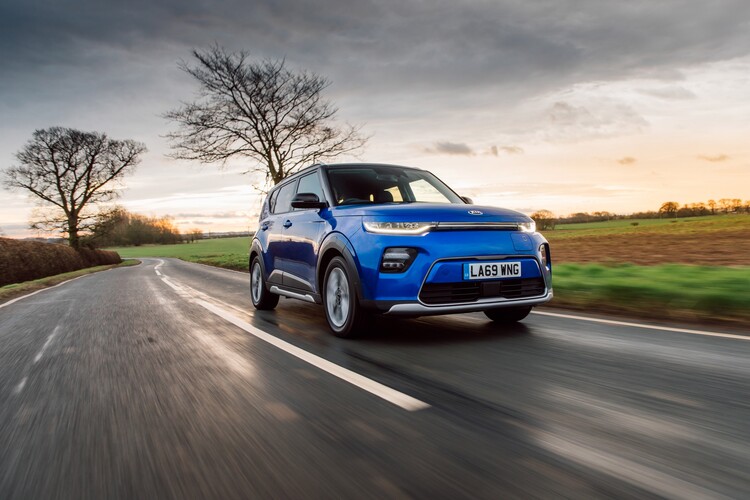 There’s a raft of equipment on the new Soul EV that Kia is including as standard to help justify its £34,240 P11D price tag after the £3,000 plug-in car grant (PICG) has been taken into account.

In a competitive field against the new Peugeot e-208 and Vauxhall Corsa-E, which start at less than £26,000 (post PICG), Kia has decided its chunky B-segment zero-emissions crossover should meet the demands of customers who want longer range – 280 miles officially on a full charge – and high specification. This is much better than the previous Soul EV, which ceased sales in 2018.

Every exterior panel is new, but it remains instantly recognisable to fans of the old model. Kia claims the new-generation 64kW/h battery packs powering this car have 25% greater cell energy density and are up to 30% more efficient than most rival electric cars. Soul EV’s 150kW electric motors deliver 39% more torque than the old model. Power is up by 84% to 105PS.

Thanks to a having a DC charger as standard, long-distance commuters could charge Soul EV on a service area’s 100kW fast-charger to 80% in less than an hour – adding around 200 miles. 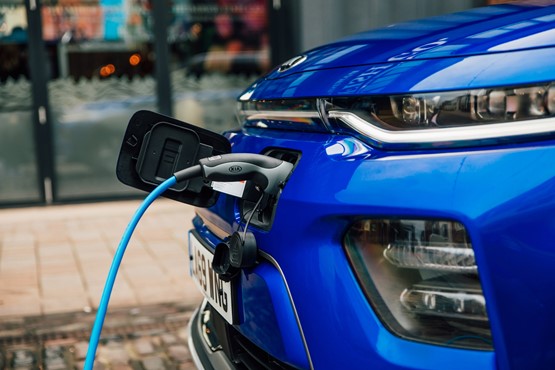 Regenerative braking is selectable on Soul EV in four levels (from none to three), because Kia is conscious some drivers new to EVs want to brake as they’ve always done, whereas experienced EV drivers may be used to ‘single-pedal’ driving as the car slows automatically once the accelerator is released.

Standard Drive Mode Select lets drivers adapt the car to their preferred style or the road conditions, by choosing between Normal, Eco, Eco+ and Sport modes. Should drivers wish to sacrifice range, this car can sprint in 7.6 seconds from standstill to 60mph.

Soul EV is extremely comfortable, and thanks to its boxy shape and width there’s no risk of front occupants rubbing shoulders. It is refined and quiet at low speeds too, thanks to the electric powertrain. At higher speeds, tyre noise is a little intrusive. That can be drowned out quite easily by its 10-speaker Harman/Kardon premium stereo, which is controlled through a 10-inch touchscreen infotainment system. 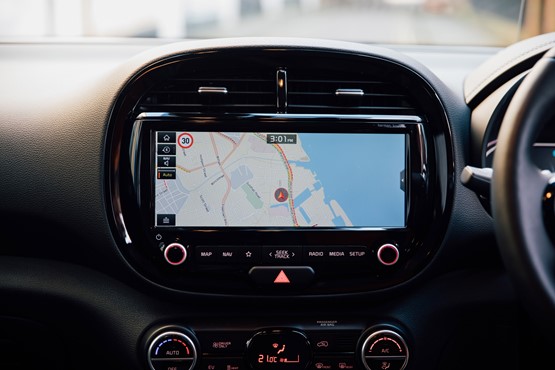 Drivers will notice the black leather upholstery and head-up display which projects navigation and speed information in front of them. They’ll also appreciate the powerful LED lights all around, heated front seats and steering wheel, adaptive cruise control, raft of safety systems and wireless phone charger at the base of the dashboard.

Drivers of Soul EV will get noticed. This quirky car is not for wallflowers, and Kia has enhanced its extrovert styling by offering it in three two-tone colour combinations, mixing bright bodywork with contrasting shades for the roof and door mirror caps. The UK cars also feature an SUV Pack as standard, which brings prominent wheel arch and sill cladding and a skid plate on the front bumper.

Kia has added the Soul EV alongside the e-Niro, the first battery electric vehicle in its current line-up, and expects one in three of its UK sales in 2020 to be ‘electrified’ models (pure electric, plug-in hybrid or self-charging hybrid).

As AM editor, Tim is responsible for the media content planning and production of AM's multiple channels (AM print and digital magazines, website, social media and contributing to our events planning). He interviews and write about as many franchised dealer groups and UK divisions of motor manufacturers as possible, to explore the issues facing UK motor retail and understand what solutions dealers and suppliers are using to overcome these.