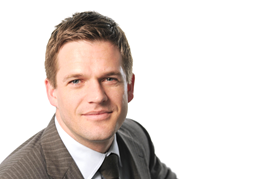 You might be surprised to learn that just 15% of Mini sales are to fleets. The sheer volume of BMW Mini models appearing on the roads during the last 15 years are evidence of strong retail appeal but, given some of the virtues of the cars – including strong residual values, low CO2 emissions and fixed price servicing standard on all corporate sales – you’d be forgiven for thinking fleets take a higher share of registrations.

However, the car’s appeal was hampered for many years by only being available as a three-door model. The Countryman addressed that to some extent in a larger package, but now the five-door Mini Hatch is also making a difference.

James Morrison, Mini corporate development manager, says around 78,000 registrations in the B-sector in the UK in 2014, where Mini Hatch models compete, was made up of three-door sales. Five-door models accounted for almost double that amount. “In 2016, we expect corporate sales to increase to 17% of our total volume,” he says.

The driving force behind that increase will be the new Clubman which, although based on the Mini five-door model, Morrison says will compete with C-sector cars such as the Volkswagen Golf, Mercedes-Benz A-Class and Audi A3. The Clubman’s basic dimensions (length, width, height and boot volume) are fairly close to those of the Golf and, along with a move upmarket, the new model is targeting new customers.

There are no plans for entry-level one derivatives of the Clubman, as there are in other Mini models. The range will be offered in Cooper, Cooper D and Cooper S variants from launch (a diesel Cooper SD is likely to follow later), with standard features including 17-inch alloy wheels, sat-nav, cruise control and Mini’s Pepper equipment pack.

The Clubman’s launch coincides with a re-branding exercise for Mini, including a new logo. Morrison says now is a good time to undertake the exercise, 14 years after Mini relaunched under BMW with a single model line-up.

Morrison says: “We’re preparing for growth. We have about 150 retail centres with dedicated specialists for Mini corporate sales.

“If a customer is buying a number of units – more than five to 10 – a corporate sales manager from Mini will be assigned to them.

“We also have a corporate contact centre in Nantwich to deliver our frontline services and manage back-end processes.”

He says the brand would also have Mini ‘geniuses’ based in centres – people who were not sales staff and not commission-based, but experts in the products to help prospective customers if they have any questions.

Like BMW, Mini sells directly to customers. Retailers are paid a handling fee for fleet sales, and it gives customers the convenience of not having to shop around for the best deal. For Mini, it means prices aren’t driven down by that ‘shopping around’ process and residual values remain strong.

Retailers are also given star ratings by customers, so prospective buyers can use it to choose their supplier on quality of service and not price. Mini also has a corporate aftersales charter, to set minimum standard for fleet and business customers.

The company plans to develop some of its corporate offerings further in 2016 following the launch of the Clubman.

One of the features that has been popular with both retail and corporate customers is the TLC fixed price servicing. Standard with corporate sales and priced at £275, it covers the car’s servicing for five years or 50,000 miles, with a bolt-on additional three years/30,000 miles if required.

But there are other reasons buyers may choose a Mini. As well as all the rational elements that make up the business case for choosing one as a fleet car, there also seem to be the emotive ones that appeal to user-choosers.

Morrison puts it this way: “We have a loyal customer base who have relationships with their cars that no other manufacturers’ customers have.”