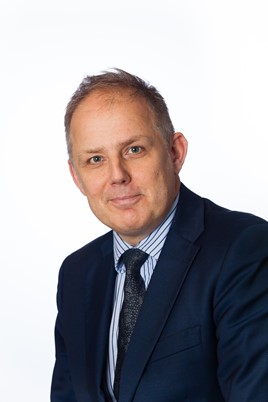 UTG provides local authorities with the framework for formulating transport policies. But vehicle exclusion is not part of its agenda. Stephen Briers reports

New policies and legislation – both national and local – will have significant and lasting implications for fleet operators, who will have no choice but to adapt the way they travel in the major cities.

Clean air zones are commanding the most column inches, as they come into force from 2019, but local authorities are considering other regulations and schemes intended to encourage people into low- or zero-emission vehicles, or out of vehicles altogether.

Keeping a watching brief over their activities is the Urban Transport Group (UTG). Born from the Passenger Transport Executive Group in 2016, its interests have broadened to focus on all urban transport needs, including the strategic road network, freight and public transport.

Among its members are some of the largest metropolitan authorities in the country, including London, Manchester, West Midlands and West Yorkshire. Combined, they serve more than 24 million people.

Part of UTG’s role is to identify the key socio-economic trends and share different solutions being developed by cities – not just in the UK, but by cities all over the world.

London is often cited as the UK leader and its work on creating healthy streets and the increase in cyclist numbers, for example, is something others are watching with interest.

However, the challenges are coming from all angles: legal, social, economic and technological are conspiring to increase complexity while offering opportunities to clean up cities and improve living and working conditions for people.

“People want cities that are more for people than vehicles so road space is reducing to create these more attractive environments,” says Jonathan Bray, UTG director.

The overriding reason for such actions comes down to one thing: competition. To preserve and grow their prosperity, local authorities want people to live and work in their area and they are competing with other cities globally.

If they fail to offer a pleasant environment that attracts the brightest brains, business – and, therefore, money – will move elsewhere.

“It’s a challenging time. It needs a new debate, but not everyone will get what they want from road space,” Bray says. “Everyone wants segregated space and access, but they also want deliveries made to their home. So how do you reconcile that?”

It’s an interesting question being debated by local authorities, not least in how they conduct their own business.

Growth in next-day deliveries results in multiple journeys made by light commercial vehicles, hence the rise in the van parc, but the public sector could do much to reduce congestion through its own internal consolidation.

“There are councils in London that are already doing this,” Bray says. “Then we need to consider the potential to bring more things into cities by rail, particularly at night when platforms are not being used.”

Euston station in London has trialled this concept; the challenge was making the sums add up. “The logistics sector is very economical; it works,” adds Bray.

He believes cities need to look more closely at the factors fuelling the growth in vans to ensure initiatives have the desired effect.

“There are lots of options, including the greening of the van fleet. But we need more research. We don’t know what’s causing the rise in vans or even what’s in them,” Bray says.

UTG has an urban freight working group that is in constant dialogue with the major logistics companies who help to evaluate and refine new ideas.

These businesses recognise urban transport is changing, but their biggest concern is around the creation of common standards in different cities, including emission zones and parking permits.

Bray understands and sympathises with their concerns, but he is also awake to the political landscape, with local councillors courting the popular vote at election time. “We do what we can (in terms of offering advice), but we can’t control it,” he says.

So is national commonality an impossible dream? “It’s a legitimate ask, it’s worth pursuing and there are steps we can take towards it. But we can’t give guarantees,” Bray says.

“However, it is early days and cities are feeling their way. They have been critical of the Government approach to doing the bare minimum and then there has been the court action (on air quality by ClientEarth) and delayed deadlines.”

He adds: “Take air quality. The causes vary and the Government wants to tackle it by individual road and time restrictions, but it makes sense to do it over a larger area and a longer period of time. It would be better to have a consistent long-term view and framework from Government.”

Nevertheless, the air quality debate has opened up discussions that were previously off limits, such as road charging and parking restraints.

The Government will also need to take into consideration its future vehicle tax-take, which will begin to fall as more people switch from diesel to electric vehicles and from ownership to leasing.

Arching above it all is an inherent lack of funding and stability for local transport. Government investment is directed towards rail and the strategic road network, but is in short supply at a local level, resulting in deteriorating road condition.

Greater devolution would help, putting the regions on a par with Transport for London when it comes to planning for multi-modal solutions involving public and private transport.

“It’s a case of so near, yet so far,” Bray says. “All cities have smart cards but they are too expensive. If they had more power over bus and rail, then they could have one network, one service and one accountability. Then they can tackle the challenge of road space. You need all the levers.”

UTG has set up a smart future strategy group which is assessing connected and autonomous vehicles (CAV) and mobility as a service (MaaS). Cities are taking different approaches, but UTG will provide the framework.

While much of the conversation on CAV centres on the car, Bray argues that the logistics sector could be the initial driver for the technology, providing solutions to last mile distribution and access to pedestrianised areas.

“If we want to reduce vehicles in cities, how can we deliver with smarter, greener use of autonomous vehicles? There are all sorts of applications where we can see this technology coming in quicker,” he says.

Cities are particularly excited by MaaS as a smart device to pay for transport. They believe it could reduce dependency on cars and vans by giving people quick and easy access to a vehicle on demand. Key to uptake will be pricing, vehicle quality and availability.

“Today, we have subsidised public transport with separate vehicle fleets and bureaucracies. We need to look at pooling these to save money and provide a more comprehensive service. The idea is total transport,” says Bray.

Yet, he is keen to emphasise that the future vision is not one of vehicle exclusion. “I don’t want to see a headline (in Fleet News) that says we want to ban all vehicles from city centres,” he offers as a parting shot shortly before the interview ends. 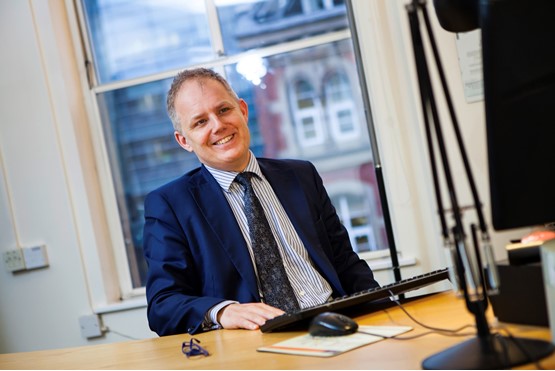