RAC wants 'the van that can' 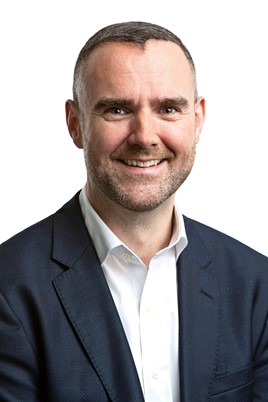 The company has built itself on a foundation of innovations and, this year, it will deploy a range of new services as it looks to provide a better customer experience.

Currently, the RAC attends around 2.5 million breakdowns per year and repairs eight out of 10 vehicles at the roadside.

“As the breakdowns of vehicles start to evolve we need to evolve our thinking. We want to have the van that can, says James Knight, RAC chief operations director. “If we look into the future a bit more, we are starting to prepare ourselves for some of the challenges that will come. Of course, electric vehicles particularly, are things that are going to be incredibly challenging to work on.”

Typically, when a car cannot be fixed at the roadside a second resource needs to be deployed. This means the customer is kept waiting longer – one of the key things Knight wants to avoid.

“From a customer’s point of view, it is incredibly frustrating. They’ve waited for the patrol and then we can be asking them to wait for another lorry to come to pick them up,” he explains.

In 2013, the RAC introduced its rapid deployment trailer (RDT). This, for the first time, enabled patrols to safely hitch up a car to the back of their van and tow it with the front wheels off the ground.

As SUV sales boomed and more electric cars flood the market with advanced electronics, a new challenge appeared. The RAC began to see a number of cars that it classified as having “catastrophic faults”, which meant, even with two wheels off the ground, the car was immobile.

“If there is damage to the rear tyres or the rear of the vehicle, we simply can’t tow it with an RDT. That’s a real challenge, because that’s a pinch-point for our customers. If we can’t get them on the RDT we will have to get a flatbed truck to come along and that takes time,” says Knight.

“But, if we can get all four wheels off the ground, it means we can get the vast majority of vehicles moving, no matter what.” 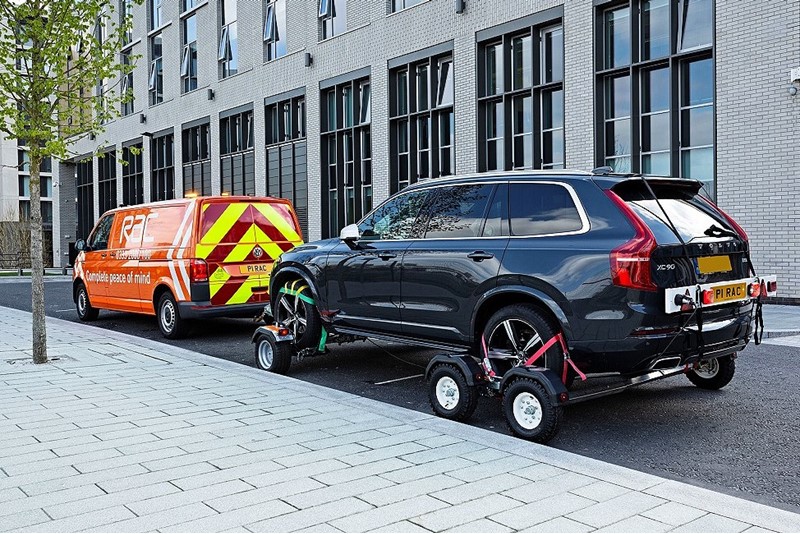 To solve the problem, the RAC’s in-house technical team devised a new type of trailer. The all-wheels-up trailer adds an extra piece to the existing RDT to raise the vehicle’s rear wheels.

The new equipment stows easily into the back of an existing long wheelbase RAC van, and can be deployed by a patrol in a fraction of the time it would normally take for a standard recovery truck to arrive, meaning the time taken to get a stricken vehicle home or to a garage is cut dramatically.

It also helps the RAC deal with the growing prevalence of electric vehicles, which are often not possible to tow.

Knight says: “Some of these fully-electric vehicles are a bit like a small bomb, there is a lot of power in them and if you get it wrong it’s not a great ending to that particular incident. Being able to tow those vehicles to a local garage or dealership to fix it is going to be incredibly important and it will get more and more into that space the more that electric vehicles come along.”

Originally the RDT gave the RAC about 80% coverage of vehicles that it can recover. The all-wheels-up trailer takes it to more than 90%.

Currently, every RAC patrol van has an RDT on board. The company is rolling out the all-wheels-up trailer to its 600 long-wheelbase vehicles. As it moves its fleet to larger vans, it plans to have the new trailer in all vehicles.

However, Knight isn’t content with just this solution: “There are more than 32 million cars on the road,” he says. “That is still a big chunk of vehicles we can’t recover.”

The problem is weight. As the RAC endeavours to keep a healthy stock of tools and parts on board each vehicle, it means they are limited by the vehicle’s maximum towing capacity.

From this month, the organisation will begin the roll out of 50 completely new patrol vehicles that will address this issue.

“We were looking for a vehicle we could use in restricted areas – something that is easier to manoeuvre in cities. It has a seven-tonne mass, so we can put a three-tonne vehicle on the trailer,” Knight says.

With four-wheel drive, the new D-Max gives good access for customers that go off-road. The trailer is also wider, to accommodate larger vehicles and vans.

He adds: “The beauty of this is, if you think about London, there aren’t many flatbeds. To get one into London is incredibly tight. There are an awful lot of 4x4s in London we can’t rescue. Typically we would have had to hand that over to a third party and we know our customers don’t like that.” 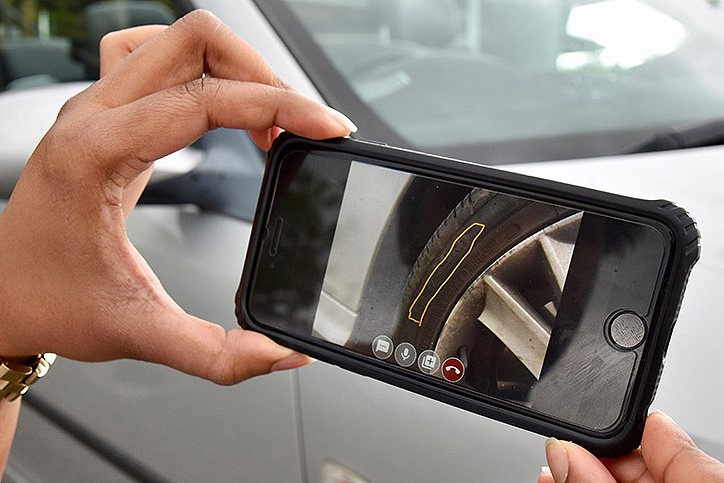 Part of the RAC’s latest innovations include looking at new ways to handle breakdowns without sending a patrol.

For years, the breakdown provider has aimed to resolve customer issues in the most efficient way and this includes talking customers through simple repairs over the phone.

Smartphone technology allows it to take that service a step further. The system works in a straightforward way: when RAC call handlers identify a breakdown that could potentially be fixed over the phone, the member is sent a web link via text message which, once clicked, enables RAC technical advisers to see the vehicle via the customer’s smartphone. The member is then guided to point the camera to various locations around the vehicle so the adviser can assess the fault.

One of most common uses of RAC Remote Technician is to let technical advisers see a warning light that has appeared on the dashboard.

In the instance of a puncture, the adviser can look at the damage to the tyre to assess whether it can be temporarily plugged by a patrol at the roadside or whether a new tyre will be required. The member can also be directed to show the adviser the tyre size so the RAC can make arrangements for a mobile tyre fitter to attend or for a replacement to be fitted at the nearest tyre centre.

It is also possible for the adviser to draw on the screen to show the member precisely where to look on the vehicle. Knight says this is proving to be very beneficial in fixing more vehicles. For example, when a car door will not close properly, RAC Remote Technician can be used to show the customer what to do to free the catch.

“Lots of customers are non-technical so if we can get the right visual on that fault we can decide to send the right resource to that customer the first time,” he says. 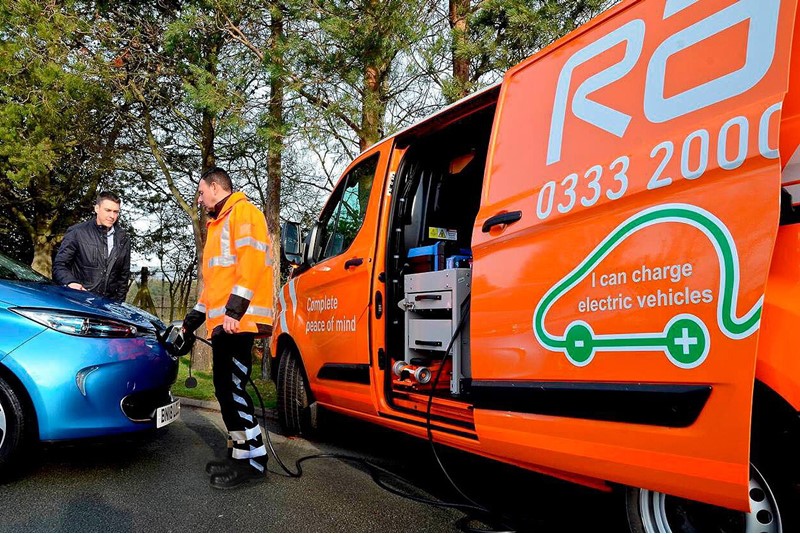 RAC patrol vehicles are being rolled-out with a new lightweight EV charging system on board.

The idea is to enable stranded EVs to receive a short charge in order to make it to the nearest charging point.

To minimise weight on the van, the charger is powered by its engine. It can add around 10 miles of charge in half an hour.

Without the charger, the RAC would have to tow the vehicle to the nearest charge point, which may require a flat-bed truck if the patrol isn’t equipped with a suitable trailer.

James Knight says: “The ability to charge at the roadside will become more prevalent in the coming years. That innovation is critical to us and our customers.”

The RAC has started using smartphone video technology to fix issues remotely, meaning that stranded motorists may not have to wait for a patrol to arrive.