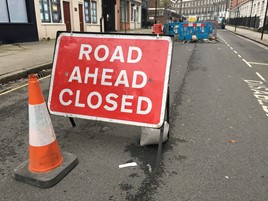 The RAC says there is a possible improvement in the quality of UK roads after patrols attended fewer pothole-related breakdowns in the first three months of 2019 than they have in any first quarter for three years.

In total the breakdown and recovery company dealt with 3,276 call-outs for damaged shock absorbers, broken suspension springs and distorted wheels between January and March this year (5,540 Q1 2018) which represented 1.5% of the 211,485 breakdowns attended on behalf of its 2.1m individual members in the quarter.

While the 3,276 pothole-related breakdowns in the first three months of 2019 was nearly double the 1,700 seen in both the last two quarters (Q3 and Q4 2018) it is considerably lower than normal for Q1 as this period usually sees the highest number of these breakdowns in the year due to the freezing winter conditions.

The RAC believes the absence of harsh winter weather in much of the country alongside extra funding for councils in the Chancellor’s Budget has prevented further deterioration of road surfaces.

The fall in the number of breakdowns that are most likely attributable to poor road surfaces has also led to a drop in the Pothole Index, which is the RAC’s most accurate long-term indicator of the health of the UK’s roads.

The record high for the RAC Pothole Index was in Q1 2010 when motorists were 3.5 times more likely to breakdown due hitting a pothole than they were in 2006.

“But while more local authority highway maintenance funding seems to be making a positive difference there is still a long way to go before their roads are brought back to a truly fit-for-purpose state.”

From April next year the National Roads Fund will come into operation with the £6 billion collected from vehicle excise duty each year being ring-fenced for maintenance and improvement on the strategic and major road network as part of the Road Investment Strategy.

Williams said: “While it is clearly good news funding will be in place for our strategically significant roads, we feel a similar fund for local roads is needed to tackle the long-term backlog of maintenance. The Asphalt Industry Alliance estimate the one-off cost of bringing roads in England and Wales back to a fit-for-purpose state to be £9.79bn.

“A sum of this scale could easily be generated over a period of 10 years by ring-fencing a small proportion of existing fuel duty revenue charged on every litre of petrol and diesel sold which brings in around £27bn for the Government annually.”

RAC patrols dealt with 1,714 breakdowns in the last three months of 2018 that were more than likely caused by potholes or poor road surfaces.

The Government will provide £23 million for research and trials on new surface materials or pothole repair techniques to future proof UK roads.

Local authorities are filling a pothole every 17 seconds, but still paid out £6.9m in pothole compensation claims, according to this year’s ALARM survey.