RoSPA ‘pulls no punches’ when it comes to road risk

Prevention is better than cure is an often-used saying, but one that the Royal Society for the Prevention of Accidents (RoSPA) – unsurprisingly given its name – swears by.

If a fleet driver has a collision then “the horse has already bolted”, says John Greenhough, fleet consultant at the charity.

“We need to be able to get in before that problem occurs. We are the Royal Society for the Prevention of Accidents. And it’s the prevention bit that is quite powerful.”

However, convincing organisations that they need to take action before any collisions occur is a challenge, and one which has led the charity to significantly evolve its offering to fleets in recent years. 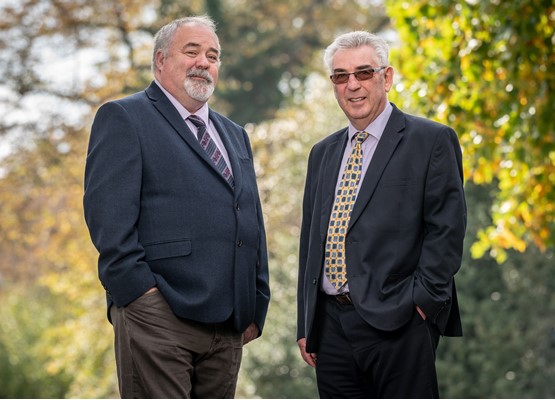 This has included splitting its fleet safety department into consultancy and training sections, each offering a range of products which can be tailored to an organisation’s needs.

It has also evolved its flagship Managing Occupational Road Risk (MORR) product to make it more accessible to small- and medium-sized companies.

This product advocates tackling road safety within an organisation’s pre-existing framework for managing health and safety at work through identifying risks, recommending actions, and targeting solutions such as driver training to facilitate continuous improvement.

“We wanted to make MORR more accessible to SMEs, so, instead of having a one-size-fits-all product, we now have various levels – essential, advanced and premium – which can make it cheaper dependent on what suits the customer,” says Greenhough.

“This means that we can do a desktop review of policies and processes with a report and recommendations: we don’t have to come out for an on-site audit and take up all of a customer’s time.

“For big companies that wouldn’t work, they need the face-to-face, they need someone to kick the cans. But that is not what a small- or medium-sized company would necessarily need: they need guidance and support.

“SMEs haven’t got to spend a fortune on this, but they need to do something because at the moment if they have an accident that leads to prosecution, they can’t hide behind a barrier of assumed ignorance and do nothing because that dissolves in a court.

“It also dissolves under the weight of people looking at their company as they may have their name splattered all over the side of the vehicle which will be in the local paper, and that’s going to hurt.”

While some directors and senior managers may not understand why they have a responsibility for the road safety of their employees, they need to be aware of the potential consequences if something goes wrong.

To help do this, RoSPA has launched a MORR course targeted at directors and senior managers to hammer home the reasons why they need to take road safety seriously, which includes the risk of criminal prosecution if the correct policies and procedures are not in place.

“There are no punches pulled on this,” says Greenhough. “The directors have got busy lives, they have got decisions to make.

“They don’t want someone to come in and start saying ‘ok, can you get a couple of sticky notes and start putting them over the wall about what you think’. They want the information they need quick and dirty, so it is quick and dirty.”

This MORR course also acts as an example of how RoSPA has shifted its fleet safety strategy in recent years.

Traditionally, training would focus on the drivers as part of a bottom-up process, says Greenhough. “It was fix the driver, not the cause,” he adds. “For us now, it is a top-down process.

“If an organisation had 5,000 drivers, we used to train all of them in the same things, but what was the quality of the training? Was it targeted to the driver that needed it?

“There is no point going to a driver and teaching him to drive forwards when his problem is going backwards, but the problem is a lot of companies don’t identify issues like that.”

RoSPA now works with organisations to help them use technology such as tele-matics to identify areas of risk, while it also encourages companies to record near misses in order to gain a greater understanding of any issues.

The driver training RoSPA gives to employees has also evolved. Rick Wood, who previously worked as the charity’s head of fleet safety and is now a consultant, says it used to focus on teaching people how to control a car at a time when they did not have electronic safety aids, power steering and disc brakes.

“The reality now is most people who we train are perfectly capable of controlling a modern car,” he adds.

“They know the Highway Code, they know how to deal with traffic, yet they still crash. Most of that comes from the decisions they make, so the courses we deliver now are aimed much more at working with the driver.”

Courses include defensive driving to minimise risk, eco-driving to reduce fuel use and vehicle familiarisation.

It also provides a vulnerable road users workshop which is designed to address the growing problem of collisions involving cyclists and pedestrians.

Additionally, RoSPA is looking to develop a new e-learning product, and it is working with an insurer to provide on-road interventions with young drivers who trigger telematics alerts from the devices fitted to their vehicles as part of their insurance product. 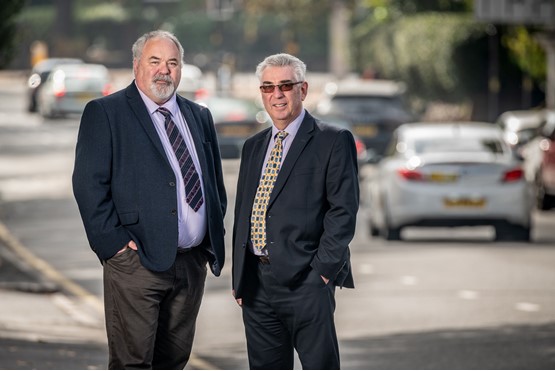 Since the first campaign by RoSPA’s founders, the London Safety First Council, was launched in 1917 to change the pedestrian rule so that walkers faced oncoming traffic, the charity has been involved in a number of key issues.

Fatal accidents caused by pedestrians stepping into the path of vehicles fell 70% in the following 12 months.

Since then, the charity’s work has expanded to include safety in the workplace, leisure, home and schools, but road safety remains a key focus.

Here are some of the charity’s other achievements:

Four M Group Services businesses have received Occupational Health & Safety Awards from the Royal Society for the Prevention of Accidents.

RoSPA has announced that its annual occupational safety and health campaign, OSHtober, will this year focus on driving for work.