When Julie Summerell launched her TR Fleet business in 2010, she was keen to develop systems which focus on the driver.

“The vision I had for DriveSecure was that it was ‘all about the driver’,” she says. “The asset is the driver, not the car.”

In the first quarter of 2019, TR Fleet will bring out the second generation Drive-Secure which takes a modular approach, allowing businesses to opt for standalone products, such as corporate eye care or licence checking, rather than taking the whole package.

From April 1, 2019, TR Fleet will be able to do driving licence checks direct with the Driver and Vehicle Licensing Agency (DVLA) rather than going through a third party. 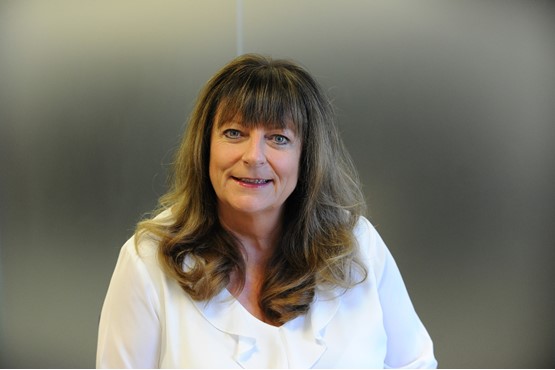 Also new will be telematics integration. Summerell says it will be “vendor neutral”, with TR Fleet managing the data and working with the fleet customer’s insurance provider.

The data is presented through configurable dashboards, allowing customers to focus on particular issues rather than becoming overwhelmed.

“Every customer has a different problem and a different challenge so we help them by focusing on that area,” she says.

TR Fleet will also link fuel card data to telematics data and “put a value on it”.

Summerell says businesses need to demonstrate to their insurer that they have reduced driver risk so version two of Drive-Secure will include a ‘benefits tracker’, which shows how much they have improved since investing in the system.

But it is also forward-looking.

“What we’re looking at is predictive data now. So, it’s not just looking at it today, we’re saying ‘what’s the likelihood, based on all this data, of this driver having an accident in the next 12 months?’” she says.

“And that’s powerful to the insurer in terms of risk scoring.”

There are about 3,500 users across all driver categories and, while Summerell won’t reveal how much she expects this number to grow by, she says she already has clients lined up to use the new platform.

She expects some business to come from grey fleet management as a result of more company car drivers opting out of schemes in favour of a personal lease due to the uncertainty around company car tax.

It’s a growing trend, particularly affecting employees in the 40% tax bracket, she says.

It can be as varied as doing benchmarking for a global client across 10 countries to acting as a company’s ‘fleet manager’.

The latter is a symptom of TR Fleet’s customer base: SMEs who often don’t have the time or experience to run a fleet.

“It’s project-led so we do a piece of work and nine times out of 10 we make our recommendations and walk away,” says Summerell.

“Some customers say ‘don’t walk away, can you deliver them?’ That’s what happened with Travelodge so we are its fleet manager.”

However, having been employed as a fleet manager herself she advocates businesses appoint a full-time fleet manager if the fleet size warrants it.

“We looked after one 450-vehicle fleet for a couple of years and then helped them recruit a fleet manager and move on,” she says.

TR Fleet’s work was split 70/30 between consultancy and the digital side (in favour of consultancy) but since Safo Group, which specialises in European fines management and automotive IT, took a 75% stake in the business in 2017, the digital side has increased to around half.

Summerell says that Safo, whose headquarters are in Rome, Italy, had a “presence in the UK” and was working in partnership with TR Fleet prior to the acquisition.

“We were selling each other’s services so it was a natural link,” she says. “They’re very much a technology business, they develop digital solutions for rental, leasing and fleet management companies.”

Those solutions include helping integrate different pieces of software, developing apps and performing back office functions such as managing MOTs and safety recalls.

It performs fines management for three of the UK’s top 50 leasing companies and processes more than 500,000 fines a year in the UK.

Across Europe, that figure rises to four million per annum and it exchanges data electronically with 500 authorities.

However, in the UK fines management is still largely paper-based. Safo has integrated with one fines issuing authority and is in discussions with others to introduce an electronic data exchange and payments system.

Claudio Scarsciafratte (below), sales and marketing director (Europe) at Safo Group, says the challenge is that, although the payment can be done electronically, by law the authorities have to send the fine by letter. 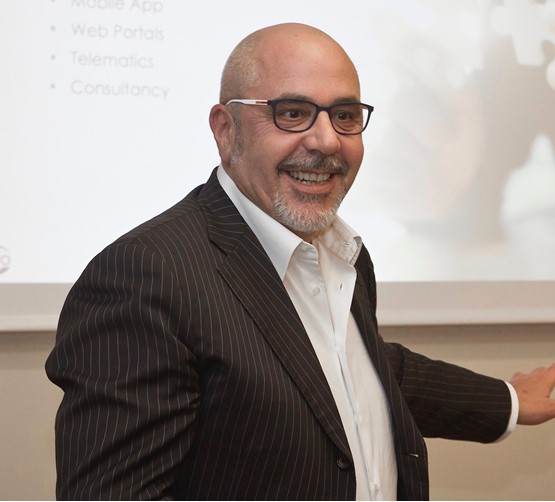 He anticipates a rise in the number of fines when London’s ultra-low emission zone and other clean air zones are introduced but says that the quantity is “not an issue” because Safo already manages millions each year. The key thing is to “speed up the process”.

In Italy, for example, Safo uses an app to notify customers they have received a fine and to allow them to choose whether to appeal or pay it.

Offering something similar in the UK would improve the driver experience although drivers wouldn’t necessarily realise it was Safo behind it as leasing companies tend to white label their services.

Safo is also trying to improve the service, maintenance and repair (SMR) process for drivers through its Driver Support App which launches at the end of March.

The app gives drivers a list of pre-approved repairers for the leasing company their car is with, along with a customer service score so they are able to book their vehicle in with the dealer or independent repairer who provides the best service if they wish.

The request to book goes directly to the repairer/dealer rather than the leasing company’s helpline, making the process simpler and quicker.

TR Fleet, meanwhile, is about to go live with a major customer with its DriveSecure Commercial app, following months of tests.

The app enables drivers to perform a vehicle walkaround check and alerts the fleet manager to any issues that require action.

Rental or demonstrator vehicles as well as the standard fleet can be uploaded and the app caters for multiple drivers.

“We want the growth to continue to be organic, stable and managed effectively,” she says.

Julie Summerell believes she has “touched every element of the fleet supply chain” during her 40 years in fleet.

She has worked for rental firms, leasing companies and dealer groups as well as running 1,200 vehicles for a merchant bank where her claim to fame was having the largest Porsche fleet in the UK at one point.

Summerell says she moved roles a lot because “there was no clear path (to the board)”.

“Every time I moved I moved upwards,” she says.

Eventually she decided to go it alone.

“I had a significant birthday and decided to set up TR Fleet in May 2010 when I searched my bucket list and starting a new business was still top,” she says.

She has been an active member of fleet decision-makers' organisation ACFO for more than 25 years, with various roles from minute secretary to Midlands regional chair, digital chair and, most recently, company secretary. 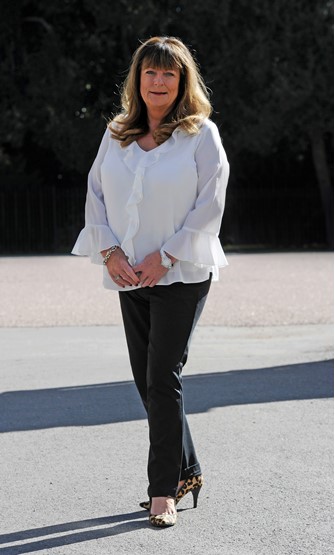 Julie Summerell believes the Government isn’t doing enough to ensure drivers have adequate eyesight and are therefore safe behind the wheel.

Poor eyesight is linked to approximately 3,000 road casualties every year and 1.8 million drivers have vision below the minimum standard, according to road safety charity Brake. Summerell has been calling for a change in the law since 2013.

Currently, there is no requirement to reassess a driver’s vision once they have passed their test, although responsible fleet operators often provide a corporate eye care package so drivers have an annual test or carry out spot checks to ensure drivers can read a number plate from 20 metres – the legal minimum requirement.

Summerell would like regular, mandatory checks and believes the current system of only assessing drivers when they take their driving test is “a joke”.

To highlight the issue, when she met with Government officials at the House of Commons back in 2013 she took a number plate and a tape measure with her and challenged people to stand 20 metres away.

Despite this, there was no appetite for change. It was “too administratively burdensome”, she says.

She hopes the current Government might take a different stance following the Driving Blind campaign, whose petition closed on December 12.

It calls for new drivers to be vision tested and certified by an optician, with follow-up tests every decade up to the age of 70, and then every three years.

Time for fleet decision-makers to bring mobility stakeholders together

Julie Summerell believes the time is right for fleet decision-makers to approach other key stakeholders within businesses, such as HR, payroll, expenses procurement and travel, to form a working party to assess “what mobility could look like for us”.

She points out that “everything is in silos” at the moment and one of the stakeholders – ideally the fleet decision-maker – needs to “lift their head above the parapet” and approach others.

However, she acknowledges that much depends on the size of the organisation and where it is based.

“If you’re London-based it makes because it’s less of a challenge to have a policy that will work,” she says.

“If you’ve got a 2,500-vehicle fleet it’s probably lower down on your list of priorities but in a smaller fleet you could add so much value by doing it (managing business mobility, not just fleet) and potentially save money,” she says.

Summerell sees mobility as “supporting the employees with technology that makes it easy for them to make the right choices”.

“There are lots of different solutions out there already being developed like Mobilleo,” she says. “I think we will look at working more closely with expenses and travel companies and employee rewards companies.”