Spotlight: Swansea University can teach a thing or two about EVs 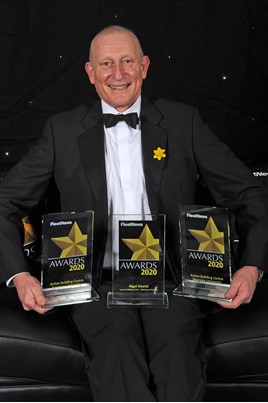 Swansea’s links to zero emission technology are long-established: William Robert Grove, who developed the first hydrogen fuel cell battery in 1842, was born in the city. It is also well-placed to play a big role in the future.

Ground-breaking work is taking place at the city’s university, such as at the Specific Innovation and Knowledge Centre which is creating buildings that can generate, store and release energy to the benefit of the building, its occupants and the grid.

The university’s focus on sustainability also features heavily in the present: it was ranked ninth in the most recent People and Planet University League of environmentally-friendly educational institutions, while its carbon management plan lays out a detailed strategy to reduce emissions across its operations.

Many businesses are still wary of electric vehicles (EVs), due to uncertainty about range, charging and how they might fit into their choice lists.

Active Building Centre – Swansea University has introduced a range of initiatives to help improve air quality and reduce congestion in its locality.