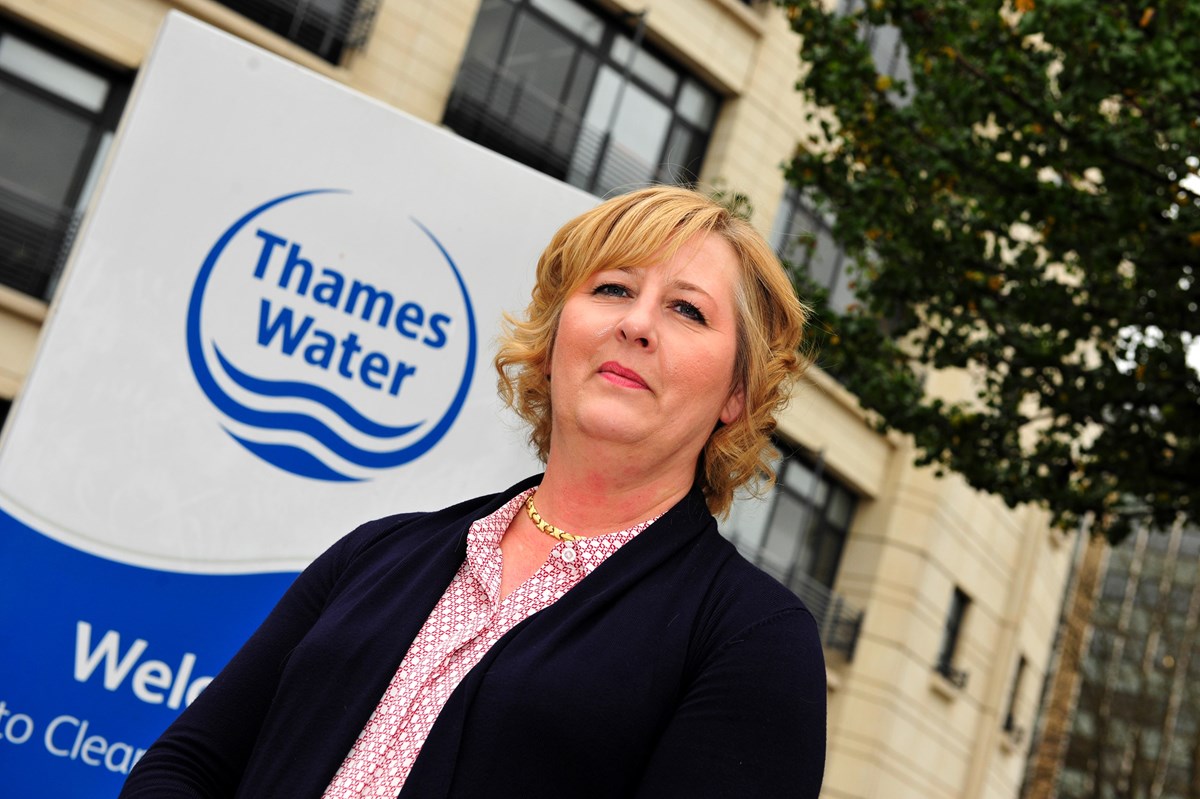 Thames Water has reduced its incident rate by 24% over the past two years as a result of revamping its road risk management programme.

A new online risk assessment has been introduced, along with e-learning modules, on-the-road training and a driver behaviour points system.

The online risk assessment initially applied to cash allowance drivers and those in a company vehicle but it has since been rolled out to anyone that does business mileage.

“We wanted to make it all-inclusive because, whether you drive a company vehicle or your own vehicle for work or just drive, all the same risks apply – it’s just the level to which you’re exposed to it that changes,” says Michelle Nasr, Thames Water’s group fleet and transport services manager.

The company vehicles face the greatest exposure to risk. The fleet of 300 cars and 1,500 vans covers a wide geographical area – 5,000 square miles across London and the Thames Valley – and clocks up 20 million miles each year.

But the grey fleet is significant, too – comprising some 1,000 drivers.

All employees that wish to drive on business are required to have a ‘permit to drive’.

“It’s the foundation of our duty of care,” says Nasr. “It ensures that driving licences and key documents such as MOT and insurance certificates are checked.”

All drivers now undertake Business Driver’s online risk assessment every three years. Depending on their responses, drivers also complete e-learning modules on various topics such as eco-driving and pedestrians and cyclists. They have to achieve an 80% pass mark, while those that are deemed high-risk automatically undertake  on-the-road training.

“We allocate points to people based on certain behaviours,” Nasr says. “It’s not limited to if they have had a crash or not, it’s some of those other signs that either could lead to a crash or indicate that there is a risk.

“They get points if we receive a notice of intended prosecution, for example, or if they have their tyres replaced below the legal limit or there is sidewall damage to tyres or if there is some maintenance work carried out that could have been avoided had they been doing their vehicle checks.”

Line managers play a role in sitting down with the driver and verifying their points.

Drivers that have a high number of points (defined as 20 or more) are treated on a case by case basis.

The points system was the most challenging aspect to introduce, according to Nasr.

“The difficulty whenever you set up something like this is that people see the cold wording and it’s not until it’s put into play that they understand what that really means and it’s not nearly as bad as they think,” Nasr says.

“It is a fair system. It is all about education and training people rather than a stick to beat them with.”

Nasr has had positive feedback from both drivers and line managers to a new way of training drivers to avoid slow manoeuvring incidents.

Drivers simply had to arrive on site in their own vehicle and were given tips on how to improve their manoeuvring ability.

Some of the managers were so taken with the idea that they decided to make it their health and safety day so some additional days were organised for whole teams to attend.

Nasr believes that drivers embraced it because “it was different to a lecture”.

“We have a road risk partnership which includes some of our contractors,” Nasr says. “We meet every six weeks to look at how we can work towards leading practice in road risk management. We are always looking at new technology.”

The van fleet already has speed limiters which restrict the vehicles to 70mph and telematics was fitted 11 years ago. All of the vans have also had their ECUs remapped through BT Fleet, resulting in a 7.5% improvement in fuel economy.

Reversing cameras are fitted to all new vans.

“We’re looking at it because any fleet is a prime target for staged incidents and more than 50% of our fleet operates in and around London,” she says.

“We considered forward-facing cameras a while ago using an SD card for evidence. Now there is 3G capability and live streaming, which makes it more efficient.”

The speed at which drivers report incidents is already good (97% of incidents are reported within 48 hours) but forward-facing cameras would alert the fleet team even sooner.

Nasr is close to awarding a contract for a new telematics system which would give drivers live in-vehicle feedback on their driving, enabling them to manage their own performance which is “far more powerful than anything we can do”, she says.

As a regulated business, Thames Water has to go through a competitive tender process, meaning that it has taken around nine months to choose a new telematics system.

Nasr’s starting point was “a significant wish list” which, aside from live, in-vehicle driver feedback, included driver ID (as a number of different drivers have to drive the same vehicles), integration with the company’s scheduling system (which might then support a reduction in mileage) and the ability to link with Thames Water’s weighing system.

The tender has involved the fleet team, operational teams, IS (Information Systems), the unions, HR and health and safety.

Once the contract has been officially awarded Nasr intends to have the system fitted over a six-week period rather than as and when vans are due for replacement.

Thames Water recently switched from a solus-badge deal with Vauxhall to a solus deal with Ford and has already replaced more than 200 vans.

Ford won the tender based on the vehicles being fit for purpose, matching Thames Water’s wholelife cost model (which takes into account the purchase price, fuel, maintenance and residual value) and drivers’ views.

“Driver feedback was key,” Nasr says. “We did a couple of days for the employees to come along and test-drive the vehicles from the top three shortlisted suppliers and asked them to fill out a feedback form, and we got really positive feedback about Ford.”

Thames Water has also held workshops to ensure the van fit-out is in line with drivers’ needs.

Nasr is always looking for new ways of communicating with drivers.

Thames Water has produced a video to show drivers how to complete daily vehicle checks which is available on the company’s internal intranet, along with a vehicle check sheet (a vehicle checking app is also being considered) and Nasr is considering using recorded messages which drivers can listen to at a convenient time for them if they are not able to attend a meeting.

One thing she doesn’t have to worry about is reminding drivers to clean their vans – in fact, she says it’s the complete opposite.

“They are proud to work for Thames Water. Some of them wash their vans so often it’s unbelievable,” Nasr says.

However, Thames Water is careful to ensure drivers aren’t seen to be wasting water.

“With water being a precious resource, we would also encourage drivers to use a bucket and sponge rather than a hosepipe to do their bit for the environment,” Nasr adds.

“We did a complete restructure about two years ago which saw us change our model in terms of what we did in-house and what external suppliers did for us,” Nasr says.

“Work now comes through to us at a higher authorisation limit so we have fewer phone calls,” says Nasr.

The Thames Water fleet team now focuses on strategy and each member has their own projects to manage.

“When we looked at what we do within fleet, quite a lot of it can be packaged up into projects, albeit some are smaller than others,” says Nasr.

“Telematics is a project, the vehicle replacement programme is a project and various other things we do.”

Thames Water has appointed a project co-ordinator to manage the vehicle replacement programme while a compliance team leader is the only remaining member of Thames Water’s commercial transport team.

A road risk co-ordinator is currently being recruited.