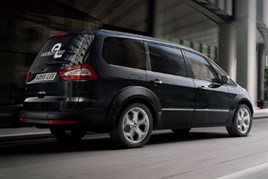 Cab giant Addison Lee has cut emissions by 20% since it started implementing new allocation and routing technologies five years ago.

In 2004, it built a bespoke fleet algorithm with Haulmont Technology.

The starting point for its mileage reductions was the journey to any job, says Addison Lee marketing manager Alistair Laycock.

The fleet algorithm it now uses to allocate work does not identify the closest driver to any job, but looks at the span of work over the next 20-minute period and allocates drivers according to what gives the lowest mileage across the whole fleet.

The system cuts 6,000 miles every day by allowing the drivers to use their final journey home as a profitable trip.

“Small tweaks like this can make a massive difference because of the size of the fleet,” says Laycock.

Addison Lee runs 3,500 minicabs and 1,000 courier vehicles, with the majority of work within the M25.

This also means a lot of expertise in terms of best routing within its driver base and the company is now analysing routes, through its GPS trackers, to capture drivers’ local knowledge of the most
efficient routes at specific times of day.

“The most efficient way to run our business is to cut emissions because emissions equal waste for a transport firm.