A fleet decision-maker’s main duty of care may be towards their own drivers, but they also have a responsibility to help keep other road users – such as cyclists and motorcyclists – safe.

That’s the message from road safety charity Brake, which has made raising the awareness of the importance of protecting those on two wheels the theme of its annual road safety week, which will take place from November 19 to 25.

According to the most recently audited figures from the Royal Society for the Prevention of Accidents (RoSPA), in 2016, 18,477 cyclists were injured in reported road accidents, including 3,499 who were killed or seriously injured. 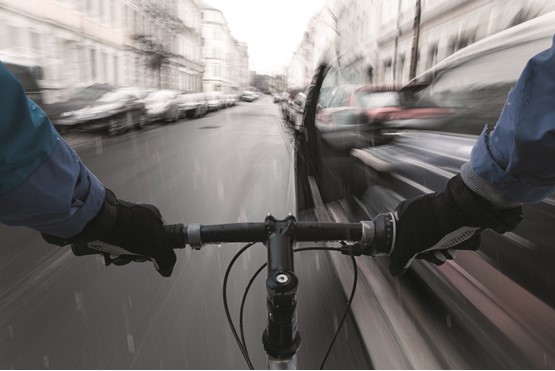 “The numbers of those travelling on two wheels is ever-increasing and yet bike riders remain incredibly vulnerable to death and injury on our roads,” says Joshua Harris, director of campaigns for Brake.

“Small changes can help save countless lives and it’s time for us to make a step-change in bike safety in the UK.”

Fleets can reduce the risk to cyclists and motorcyclists through a mix of education and training, while a policy should clearly show the organisation’s commitment to road safety for all road users, says John Greenhough, fleet consultant at RoSPA.

“Any legal duties relating to safety or compliance need to be highlighted,” he adds.

“While the Highway Code is the source document for many of our road traffic regulations, it doesn’t need to be recreated – but a copy should be made available.

“For larger vehicles, diagrams showing the extent of blind spots would be helpful. Signage in the cab area – or on the door mirrors – to remind the driver to look for smaller two-wheel vehicles is also a good idea.”

Driver education programmes should cover awareness training regarding vulnerable road users, such as cyclists and motorcyclists.

They can be a mix of theoretical and practical, as demonstrated by the Safe Urban Driving Course (see case study) which is approved by the Fleet Operator Recognition Scheme (FORS) and Construction Logistics and Community Safety (CLOCS).

As well as a classroom theory module, it also includes a practical cycling module where drivers experience a cyclist’s view of the road.

Andy Phillips, director of risk management at training company Applied Driving Techniques, says: “Drivers could undertake an e-learning module covering vulnerable road users in the first instance and this can be supplemented with classroom-based activity as part of a wider risk reduction programme. Simulators can also be used.

“Risk also increases substantially if a driver has to move to a larger vehicle, so compulsory training should be introduced when someone switches to a van from a car to ensure they are aware of the additional dangers such as added blind spots.

“In some areas, road surfaces are poor and getting worse, so drivers need to be prepared for potential sudden movement or swerves.”

In addition, fleets are increasingly using new technology to ensure that drivers have maximum opportunity to identify the presence of cyclists and motorcyclists.

Richard Lane, commercial director at vehicle camera and telematics company VisionTrack, says: “Vehicle cameras can now provide all-round visibility with an in-vehicle monitor being activated when a car or van is turning right, left or reversing.

“Side scan systems can be integrated that can detect cyclists and motorcyclists in close proximity, providing the driver with an audio-visual alert.

“Such systems are mandatory for the FORS gold and silver standards as well as the CLOCS standard, which are relevant for van operations.

“In addition, advanced driver assistance systems (ADAS) can be used alongside the vehicle camera technology to alert to any forward collision warnings, vulnerable road user detection and lane departure.”

Greenhough adds: “Technology on its own will not prevent collisions and neither will training.

“But combining the two and ensuring they are employed effectively will help further reduce, but not totally eliminate, collisions. The more that is done, the more it will help.”

Travis Perkins saw “significant improvements” in road safety in the 12 months after it introduced a Safe Urban Driving course.

The course was designed by FORS – of which Travis Perkins was a founding member – in conjunction with Construction Logistics and Community Safety (CLOCS) and Transport for London (TfL).

So far, more than 4,000 employees, including 1,500 van and 2,500 HGV drivers, have completed the course, which involves getting drivers on their bikes to see the road from a cyclist’s perspective.

This on-road cycle element follows a half-day classroom-based course, and the results have been overwhelmingly positive, according to Graham Bellman (left), group fleet director at Travis Perkins.

He says: “From the start, we’ve been encouraged and delighted to find that our drivers have got a great deal out of this training.

“Within the first 12 months, we have seen a great return on the investment with significant improvements in safe driving, and a reduction in the number of road incidents.”

Bellman says the seven-hour course – which qualifies as part of a drivers’ CPC and is revisited every five years – gives drivers a better perspective of what the road is like for other, more vulnerable users.

He adds: “As a FORS Gold-accredited business, we want to keep improving and consistently ensure that we offer the right content to our drivers.

“We keep investing in safety equipment for our vehicles, which have been fitted with all-round cameras since 2013.

“We’re doing it everywhere to ensure that our drivers consistently operate as safely as possible across the country.”

Fleets are being encouraged to teach their drivers the ‘Dutch Reach’ way of opening a vehicle door to reduce the number of cyclist casualties.

Last month, the Government announced that future editions of the Highway Code will highlight how to avoid the dangers of close passing while also encouraging people to adopt the Dutch Reach.

It works like this: when someone is about to exit the vehicle, they reach across their body for the door handle with their far or opposite hand.

This forces them to turn toward the side view mirror, out and then back over their shoulder to be sure a cyclist is not coming from behind. Only then do they slowly open the door.

Jeff Boulton, whose son Sam died after being hit by the door of a taxi while cycling, is calling for fleets to train drivers to use the Dutch Reach.

“People need to be aware of the life-threatening dangers of opening their car doors on to the road without carefully checking for cyclists first,” he says.

Boulton has formed the Sam Says campaign, which distributes specially-produced car stickers to remind people to check for cyclists before they exit vehicles.

“Ultimately we’d like to see these stickers in fleet vehicles, taxis and family cars as a reminder to drivers and passengers to take care when opening their doors,” he adds.

Leicester City Council will introduce the stickers across its fleet of more than 720 vehicles, while Iron Mountain will begin to put them in 200 vehicles in its UK fleet during road safety week.

It will support this with briefings, posters and leaflets which it has produced in association with Brake.

He entered the profession after gaining an MA in journalism. While continuing to write for a variety of national titles, Ben has a particular interest in all aspects of the automotive sector.

Highway Code review to focus on cyclist and pedestrian safety

The Government is reviewing guidance on how road users should behave in relation to cyclists and pedestrians, as part of its plan to drive down road deaths.