Derby City Council is in no rush to jump on the 'CAZ charging bandwagon' and will instead try alternative methods to meet air quality obligations, Stephen Briers reports.

However, despite the inconsistency it creates with the approach taken by other cities, fleets warmly welcomed this particular deviation.

Derby City Council revealed to delegates that it has no plans to “voluntarily” charge for any vehicles entering the city centre. 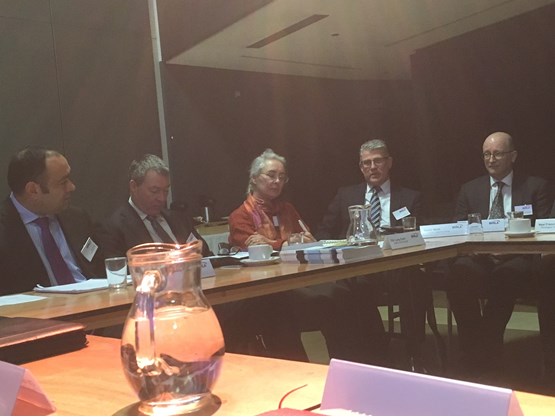 Unlike Leeds, which wants to introduce a wide charging zone for Class B vehicles (trucks, buses and taxis), and Nottingham, which is mirroring the Class B proposal over a more compact clean air zone (CAZ), Derby councillors are confident they can meet their air quality obligations through alternative measures, including a proposed scrappage scheme for the most polluting vehicles.

One of the reasons for this view is their belief that the cost of regularly paying the CAZ charge may be prohibitive for those who cannot afford to upgrade their vehicle to a compliant Euro 6 diesel, Euro 4 petrol or electric/hybrid, either through retrofit or buying a new vehicle. For company employees, the CAZ charge will simply be reclaimed on expenses and might actually be less costly than changing the vehicle.

“We don’t think it’s necessarily a directly effective measure,” said Nigel Brien, head of traffic and transportation at the council.

“It’s blunt tool that could have unintended consequences.”

Nevertheless, councillor Asaf Afzal, cabinet member for neighbourhoods and public protection, acknowledged the concerns about air pollution and said it was something the council was taking very seriously.

But, he stated: “Charging is not a compulsory part of clean air zones, so a charging scheme will not be voluntarily introduced in this city. We can achieve specific levels through a range of other measures, such as public transport and cleaner vehicles.”

However, this decision appeared to be under threat after the Government lost a third case over illegal air pollution to environmental activists ClientEarth in late February.

The Government will now be required by law to draw up new plans after the High Court upheld ClientEarth’s claims that the current policy was inadequate.

ClientEarth believes that charging CAZs should be mandatory. However, the High Court did say that the action taken for the five cities required to tackle air pollution, which includes Derby, was “sensible, rational and lawful”.

That seems to give Derby City Council the green light to continue pursuing its alternative measures, such as investing £2.5 million from the clean bus technology fund to retrofit 150 buses, which will reduce tailpipe emissions “by up to 90%”.

It also plans to install more electric vehicle charging points and promote a healthier lifestyle through sport and cycling. 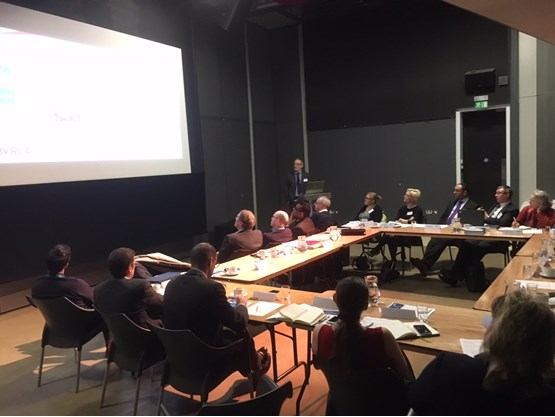 Afzal said he was committed to working with partners, businesses and everyone with a stake in the future of the city. “It is good to understand what big business is facing so we can deal with it collectively,” he added.

Derby City Council estimates it would cost £5m in public money to establish a charging zone in the inner city, but the Defra modelling on air quality suggests the city could be compliant by 2022/23 regardless of any action.

It has isolated issues on ring roads, with the worst at 43 microgrammes (based on its own measurements) – just above the 40 microgrammes limit. These problems will be resolved through targeted road schemes.

Fleets praised the council’s decision. One said: “It is refreshing that you are looking at other options first rather than just ticking the charging box.”

One challenge will be to change culture and habits so people are less inclined to drive short distances. Derby is investing in CCTV and lighting to improve safety for walkers, and is considering hire schemes for electric bicycles plus improved cycle routes.

However, it also pointed to the importance in educating schoolchildren as to the benefits of walking and cycling. 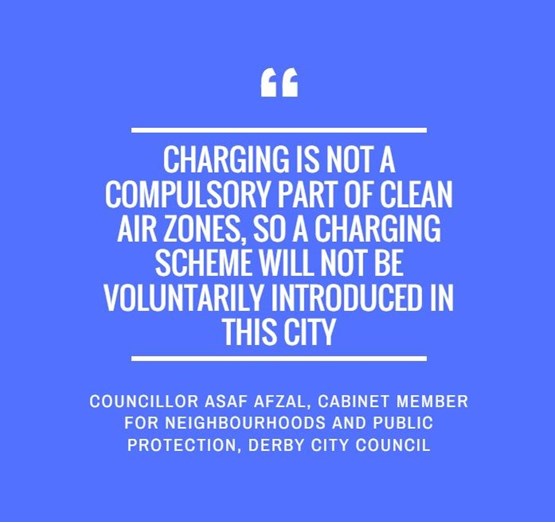 And it recognised that it needs to take action to tackle the grey fleet issue. “We have a car club in Derby which gives people a way to change their habits,” said one councillor.

Lorna McAtear, head of supply and internal accounts at Royal Mail, underlined one of the issues for companies that lease their premises: “We have already put six electric vans in Derby. Our wider challenge is planning for charging points when you are not the landlord.”

Fleets and leasing companies raised concerns about nervousness in the used market over electric vehicles due to a lack of consumer understanding.

Feedback suggested the market was polarised, with much greater demand over the past 12 months for premium brand EVs, but far less interest in volume marques.

However, there is also an issue over new car supply for those willing to make the investment. In addition, there are few vans on the market with a range of more than 100 miles, although some are being trialled in Europe.

Greater pressure and support needs to be put on manufacturers to provide better, commercially feasible vans and HGVs that can work for fleet operators.

One fleet said: “We are two years away from the major manufacturers producing electric HGVs with any decent payload and range.” 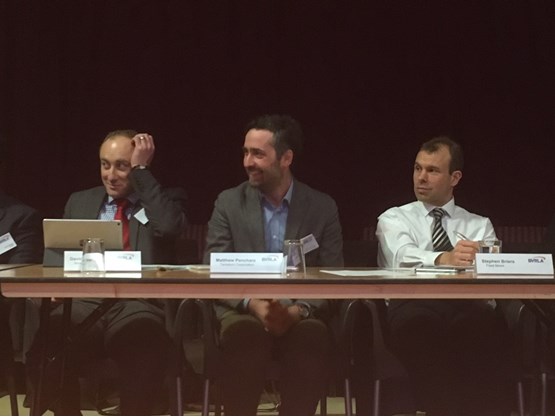 On the subject of cars, another added: “The Government is not helping because we don’t know the BIK tax after 2020 or the impact of the WLTP (Worldwide harmonised Light vehicle Test Procedure) tests on BIK. The lack of information puts people off.”

The WLTP, which measures real-world driving emissions, will be published on all vehicles from September.

However, WLTP only provides emissions measurements on the vehicle as sold – more information is required for modified vehicles, such as those towing a trailer. Delegates also question the emissions from refrigeration units, which are run off separate systems.

They urged the council to push the Government for further details.

Derby City Council will need to make a robust case to justify its decision not to introduce a charging zone, particularly in view of the latest High Court ruling. However, it is yet to formalise its proposals, which have to be presented to Government by the end of March.

Delegates felt councillors needed to act fast in order to meet the deadline. 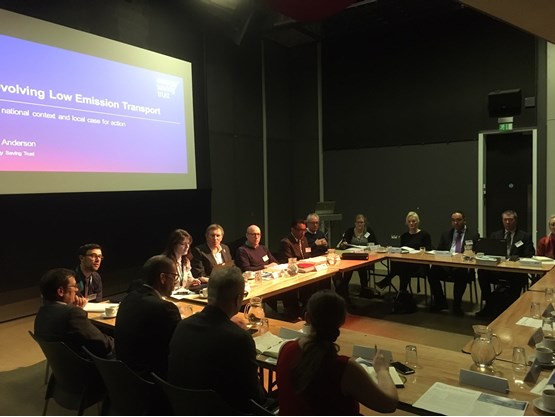 “We need all sectors to be engaged and fleet is a critical element,” said head of traffic and transportation Nigel Brien.

“There are two levels – volume and make-up of the fleet. So we need to reduce travel or change to a more sustainable form, or change the vehicles being used to cleaner, low emission ones.”

The council is basing its proposals on a number of projects.

“We continue to lobby Government that this is happening in the real world – we don’t want businesses to be disadvantaged,” Brien said. “But it’s an exciting time; there are opportunities for innovation and new businesses.”

Bristol City Council’s cabinet has discussed the creation of a clean air zone (CAZ) to ensure the city is meeting legal limits for levels of nitrogen dioxide.