Nottingham City Council is lagging behind Leeds, who urged local authorities for air quality consistency at it's recent roundtable, with its clean air zone proposals after the West Yorkshire city published a consultation document on its plans in January.

However, the Nottingham authority believes it is starting from a position of strength due to previous actions introduced to address congestion and emissions in the city centre, including the workplace parking levy and investment in a comprehensive tram service. 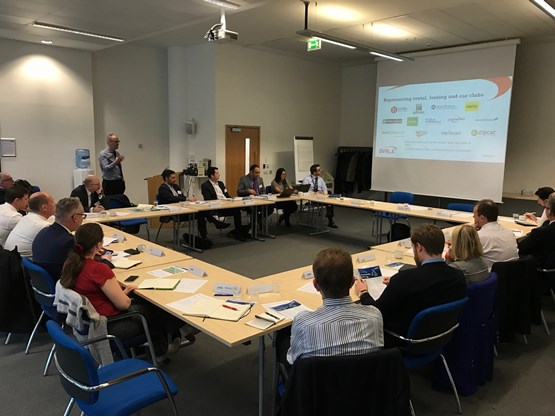 Councillors claims that, should they take no additional clean air zone (CAZ) action, Nottingham will meet its air quality obligations by 2024 at the latest (see panel opposite).

Nevertheless, like Leeds, doing nothing is not an option. Instead, it has assessed a number of models that would bring the city into line before then although, unlike Leeds, it has yet to finalise either its proposals or its charging structure.

“Improving air quality has been on our agenda for a long time,” said councillor Sally Longford, who sets an example by driving her own electric car.

“We have to find solutions to make gradual changes. We have an opportunity to help local businesses with our workplace travel service, grants and advice.”

Roundtable delegates at the air quality debate hosted by Fleet News, ACFO, British Vehicle Rental and Leasing Association (BVRLA) and Energy Saving Trust at the council offices in Nottingham were supportive of the CAZ objectives but raised concerns over national consistency and the transition period.

Trucks operators and leasing providers questioned why the council was favouring Class B (truck, bus and taxis) which exempts cars. They also called for incentives to help them invest in compliant vehicles.

Longford said: “We are looking at Class B because the major problem is trucks and buses – we’ve been steered towards that . We are already charging car drivers who come into the city and park at their place of work.”

She added: “We are still running our models but we acknowledge we need to have consistency with other cities. 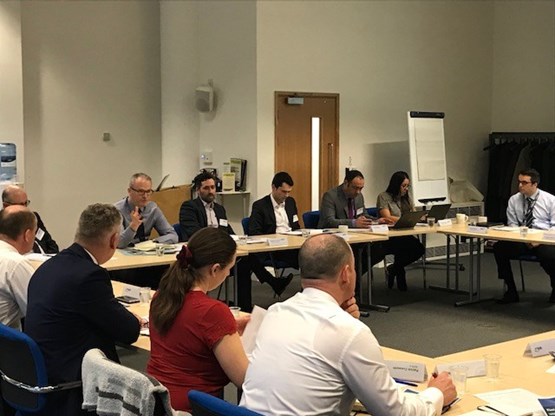 "We have funding through the clean air fund and we will see how we can help HGV operators, especially smaller fleets, but compliance looks like being Euro 6 diesel and Euro 4 petrol.”

Despite acknowledging the need for consistency, Nottingham City Council has not entered into detailed discussions with the other cities that are introducing CAZs – although it has had several approaches to discuss its workplace parking levy. Instead, it is calling for leadership at a national level.

“It’s up to central Government to set up an agreed platform upon which we can all operate, otherwise we will end up with different systems,” Longford said.

When questioned over its CAZ objectives, the council was clear that its goal was solely to reduce emissions – not to use any charges to generate a profit. Any surplus would be reinvested into further measures to improve air quality. 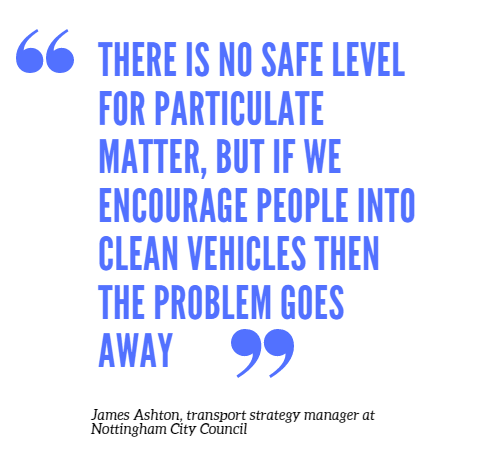 Would the council consider shutting the CAZ in 2024 if its modelling showed the city would be compliant by then? This would change fleets’ business decisions as the case would only be viable for a few years.

No, came the reply, the zone would not be disbanded. In fact, all the indications are that the limits for compliant vehicles will become more stringent over time.

“There will still be nitrogen oxide in the air and CAZ will continue to play a role in improving quality in the future,” said James Ashton, transport strategy manager at Nottingham City Council.

“There is no safe level for particulate matter, but if we encourage people into clean vehicles then the problem goes away.” 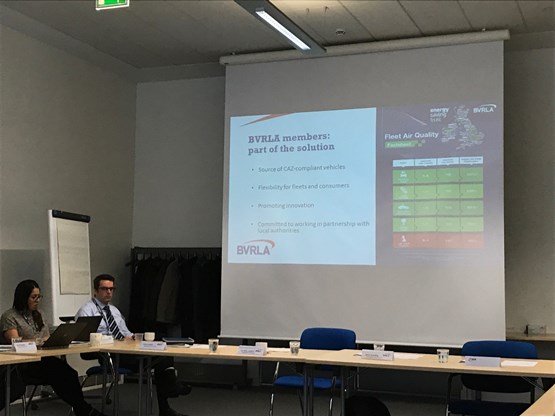 Fleets raised a separate issue over documentation, particularly for smaller businesses and the public when buying used cars, pointing out that there is nothing on the V5C which tells the buyer whether the car is Euro 6 or Euro 5 – although that is an issue for national Government to address.

One fleet asked: “Is there a risk of Government turning down your proposals, or can we start planning as soon as you release your plans?”

The council modelling follows Government guidance so “we assume we will be in line”, said Ashton. “We believe the Government will just tick the box.”

Delegates identified one issue with the modelling approach by all the CAZ cities: the use of published Euro 6 data for NOx emissions. 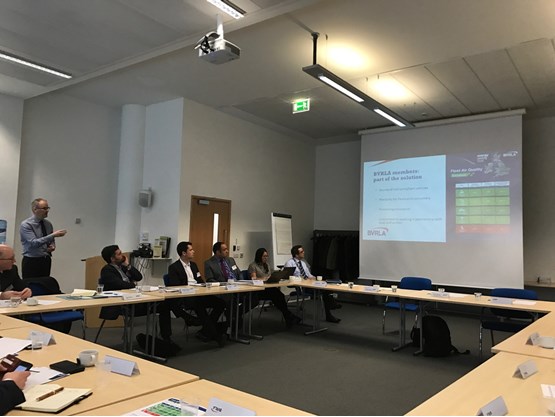 Organisations such as Emissions Analytics claim NOx and particulate emissions are higher in real-world motoring, so is there a risk that all cities could still miss their 40 microgramme targets?

“Although our modelling is based on published data, we believe our calculations will still bring us within compliance because we are not far off now,” said Ashton.

He added that the difference between official and real-world figures for trucks was not as great as cars – in some instances, the real-world performance was actually better than published.

Nottingham is already looking beyond CAZ policies to create an environment for cleaner motoring. Measures include the introduction this month of a lane dedicated to ULEVs and parking incentives through the Ringo scheme for local authority car parks.

“But we have to raise awareness,” said Longford. “First is to understand EVs. We have been trying different things, from test drive events to utilising advocates to share their opinions.

“We have also started to put together guidance for new developers on what they can do to introduce charging systems and we are looking at our suppliers. If they use electric vehicles they will be more likely to win the contract.” 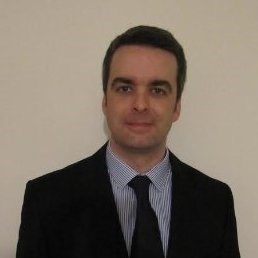 Government modelling suggests the worst concentration of poor air quality is on Nottingham’s ring road. However, the council’s own data shows it is located in the centre of the city, according to James Ashton.

The vast majority – 83% – of traffic is cars, followed by buses, trucks and vans. The council has modelled its options based on geography and vehicle types.

“Our modelling shows that the fleet will clean up on its own as people get newer vehicles – even without CAZ,” said Ashton.

“Nottingham will be compliant with the regulations by 2024. Government modelling shows traffic growth, but our measurements show traffic is reducing due to the sustainable traffic measures we have implemented.

“We have broken the link between economic growth and traffic growth. And if we take out the assumption of traffic growth, we will be compliant much before 2024.”

Measures taken by the city council include the workplace parking levy, which has cut emissions and traffic volumes since introduction in 2012, the tram network, an electric bus fleet with integrated ticketing, a taxi strategy for cleaner vehicles and new cycle routes in the city.

“We have also secured £6.1 million in funding from Go Ultra Low for a public charging network throughout the city and a shared ULEV corridor for electric buses and vehicles with priority on a separate lane in the east of the city,” Ashton added.

Future measures include funding from Defra for an electric taxi fleet which the council will lease to operators and a ‘try before you buy’ van scheme enabling fleets to trial low-emission vehicles before committing to purchase.

It is also bidding for additional funds to invest in other actions, such as updating its own fleet of refuse vehicles.

Nottingham City Council’s CAZ proposals are like to focus on a central area of the city that tackles the worst areas of NOx concentration.

Its preference is Class B (trucks, buses and taxis) with a small charging zone that it believes will have an impact much further afield due to all the traffic that travels through the city.

“Our two-phase consultation starts shortly, with the second later in the summer with our firm plans,” Ashton said. “Installation will be in late 2019 and it will be fully operational in 2020.” 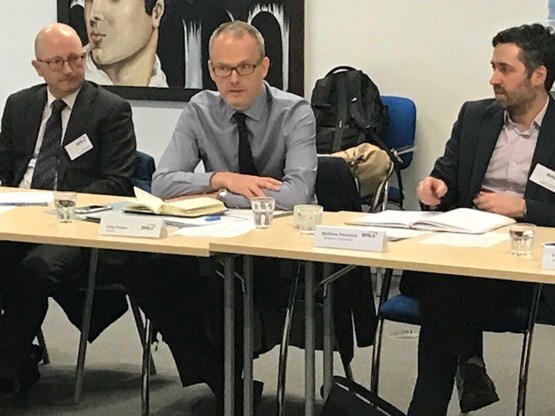 With BVRLA members responsible for almost five million vehicles across the UK and purchasing around half of all new vehicles sold each year, the Government could have far fewer conversations if it engaged with the association directly, according to Toby Poston.

“This would also have the biggest impact because our members are buying on rational, wholelife cost and for sustainability reasons,” he said.

“Clean air zones need to be a partnership with a managed transition between councils, businesses and industry. We need consistency across the country, in terms of signage, penalty notices and charges.

“We need support for businesses that face upgrading their fleets, especially commercial vehicles where there is not a lot of choice, fleet cycles are longer and the cost burden is higher.”

Behavioural change offered big opportunities, such as promotion of car clubs to remove vehicles from the road and mobility credits (where drivers give up their older cars in return for credits that can be redeemed through car clubs, rental and public transport).

However, the BVRLA would also like to see Government amend its incentives for electric vehicles to last for the lifetime of the vehicle, not just for the first owner. This could include priority use of lanes and free parking.

“Tax incentives at a national level are not fit for purpose,” Poston said. 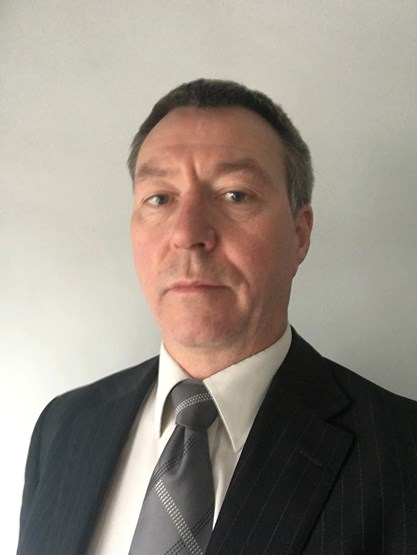 BT’s fleet of 33,000 vehicles will be travelling to every clean air zone every day, while many of BT Fleet Solutions’ workshops are also within the charging areas.

Gary Harrison confirmed BT has committed to reduce the emissions of its own fleet but acknowledged the company’s commercial responsibilities and cost of replacement, which has to be viable.

Then there is the suitability of existing and new products, particularly vans.

“We can buy diesel from anyone and negotiate the best price,” Harrison said.
“For electric vehicles, we need to understand more about the manufacturers’ WLC calculations and the drivers behind their pricing policy.”

BT Fleet Solutions has pinpointed five areas where it is keen to see progress:

Harrison has been pivotal in setting up a pan-BT working group with five streams. They range from improving fleet utilisation to encouraging company car take up and educating drivers to make the right choices.

“We have petrol, diesel and plug-in cars on our fleet but we have seen some fall in diesel with an equivalent take-up in petrol and plug-in,” Harrison said.

“We are working with our finance colleagues to add electric vehicles to our fleet. There is a lot of interest from drivers.”

The working group is also looking at the total cost of ownership, enabling it to approach manufacturers knowing the price point at which EVs become viable. But it does not want to introduce inter-day charging.

“This would affect us and our customers too much. The range has to support an engineer who needs to help execute fibre roll-out and other important service delivery activities in-line with our customers’ expectations,” Harrison said.