Two messages dominated the first clean air zone (CAZ) roundtable in Leeds: fleets need a consistent approach from all the cities in England introducing CAZs and the local authorities must have a clear communications plan.

The roundtable, jointly hosted by British Vehicle Rental and Leasing Association (BVRLA), Energy Saving Trust (EST), ACFO and Fleet News, raised a number of points that the council promised to take into consideration as part of the consultation period, which ends on March 2. 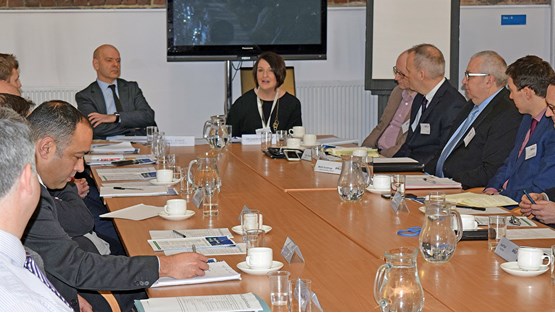 The CAZs, mandated by Government in Birmingham, Derby, Leeds, Nottingham and Southampton to improve air quality, fall under a loose ‘class’ framework (see ‘clean air zone class options’), but each of the five cities required to introduce them are working on their own solutions. There is some cooperation and sharing of ideas, but not enough.

Leeds City Council is leading the way, having published its consultation document in January. The council is taking a moral as well as legal approach, but recognises the need to consider industry concerns.

“We have a massive challenge that we are facing as a city,” said councillor Lucinda Yeadon, deputy leader and executive member for environment and sustainability, Leeds City Council.

“Legal compliance is one thing, but this is a health issue and we have a moral responsibility to do something.”

Leeds City Council claims to have the largest electric vehicle fleet of any local authority in England with 100 EVs – Yeadon herself has replaced her diesel car with an electric vehicle – and it is developing an alternative fuel site in the city for compressed natural gas in preparation for switching most of its refuse fleet across. It also offers free car parking in the city centre for residents driving electric vehicles. 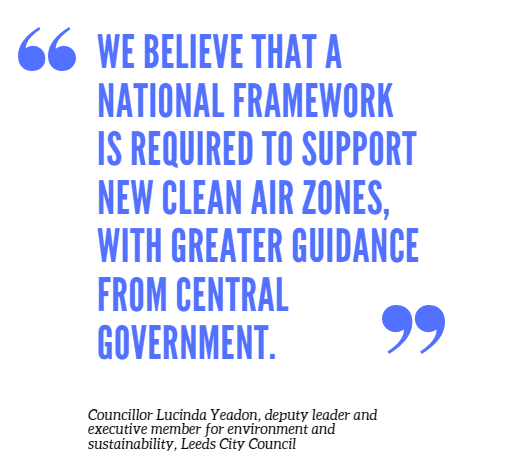 “Our constituents don’t want to live in a city that has a reputation for poor air quality so there is a will to do something about it,” Yeadon said.

The council’s objective is not to profit from a clean air zone, she added.

“We are working with the industry that might be impacted – we don’t want to unfairly penalise businesses or damage the commercial viability of the city. We don’t want to fine people – that defeats the objective; we just want to improve the air quality.”

Following extensive modelling, the council opted for CAZ Class B, which, it believes, will achieve its targets if combined with other measures, such as moving the taxi fleet to electric and hybrid cars.

It is still working through the overall economic impact across different industries though discussions with interested parties. 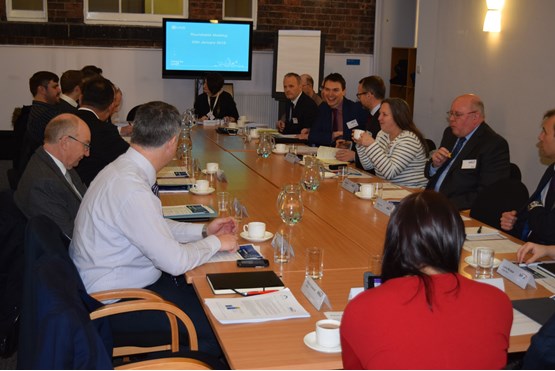 The charging structure, based on the London scheme of £100 per day for HGVs, is intended as a (dis)incentive toward cleaner vehicle uptake and driving.

As such, given that the emissions difference between Euro 3 and Euro 6 is so great, the council is considering submissions supporting a tapered CAZ charge.

Its investment in the scheme will be substantial: the scale of infrastructure includes approximately 476 signs and 326 cameras, for example.

While fleets welcomed Leeds City Council’s measured approach to air quality, they voiced concerns about the various local authorities across the UK working in isolation.

“We need consistency between CAZs throughout the country,” said one. “Signage, charges and system operations should all be common between CAZ cities in order to reduce disruption and confusion on the part of fleet operators.”

Yeadon backed this position. “We believe that a national framework is required to support new clean air zones, with greater guidance from central Government,” she said.

Another fleet operator pointed to the difficulties commercial fleet operators have in changing or amending their vehicle replacement cycles.

Many purchase vans and HGVs to be operated over the next six or seven years – and for some, particularly large trucks, this could be up to 12 years.

However, they must respond to new standards being set by city authorities which are to be implemented within two years.

City councils should therefore involve, engage with and support fleet operators as much as possible, if the goal is to achieve maximum improvements in air quality.

The BVRLA called for greater support for commercial vehicle operators as “they will struggle the most”, but also urged Government to amend its low emission vehicle incentives to last the lifetime of the vehicle and not just the first owner.

Support from the council can take many forms. For example, some commercial fleets are constrained by grid restrictions as to the number of charging points they can install, which, in turn, affects the number of EVs they can buy and operate.

Others, who lease their premises, require registered landlord consent to make changes such as EV charging point installation. Assistance from the council can make a big difference in overcoming such regulatory obstacles.

While the Leeds City Council proposals are intended to tackle vehicles entering the city centre, some fleet operators with distribution centres just inside the proposed zone raised the prospect of exemptions when their vehicles are travelling away from the centre towards the motorway. 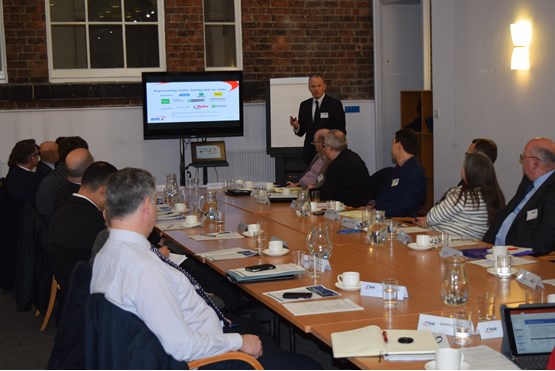 In addition, to help reduce business disruption, the CAZ should allow a sunset clause that gives smaller- and medium-sized businesses more time to be become compliant.

It should also provide additional flexibility and support for businesses that face particular challenges in upgrading their fleet (examples of support could include retrofitting grants or van permits).

For their part, employers agreed that they should commit to initiatives aimed at reducing the use of older and more polluting ‘grey fleet’ cars in both the public and private sectors.

The council promised to consider all replies to its consultation.

Respond to the Leeds City Council consultation on the CAZ (which ends on March 2). 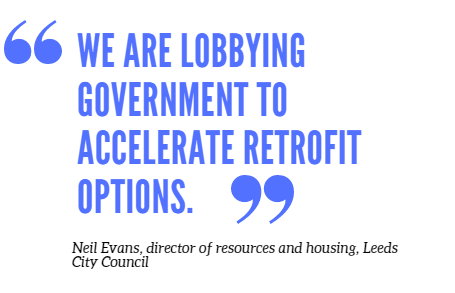 Option one was no CAZ and non-charging interventions, such as park and ride. Modelling showed improvements in air quality, but it didn’t achieve compliance.

Option two was an inner ring-road CAZ. However, modelling showed this would result in vehicle displacement into inner city communities, as much as three times in some areas. It also didn’t achieve compliance.

The council opted for option three, an outer ring-road/motorway network zone. “Everything within this would be subject to charge,” said Neil Evans.

“It leads to very little vehicle displacement, it’s a model that people will understand and it improves health in a wider area.”

He considered applying CAZ Class D – charging all types of vehicle from trucks to motorcycles. It would achieve compliance, but there were economic implications.

“This is a route we don’t want to go down,” said Evans. “Instead, we propose CAZ B.”

There is one issue: Class B brings most areas under the air quality limits, but not all; therefore, Class B marginally fails. It requires additional measures to ensure compliance.

“The additional measures include encouraging voluntary movement to alternative vehicles and moving private taxis from Euro 6 to hybrid and electric,” said Evans. “This equates to 5,000 vehicles and 50,000 miles a year – the impact is significant.”

The council has applied for £1.9 million of funding from Government to invest in an electric infrastructure and it will embark upon a communications campaign to promote the benefits of switching to electric – estimated by Energy Saving Trust to save £100 in refuel costs for every 1,000 miles driven.

The council also recognises that, for HGVs, there are supply shortages due to the high demand for Euro 6, and there is a lack of retrofit solutions for non-compliant trucks to meet the standard – 20% are expected to be non-compliant in Leeds by 2020.

“We are lobbying Government to accelerate retrofit options,” Evans adds. 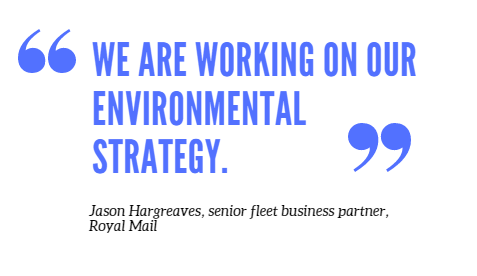 The annual cost to Royal Mail of taking no action to comply with the CAZ in London from 2019 amounts to £7.7 million in charges for light commercial vehicles and £11.3m for trucks. The bill today for the congestion zone is £960,000.

Royal Mail, with its fleet of more than 45,000 vehicles – of which fewer than 10,000 are currently Euro 6-compliant – keeps its vehicles typically for up to nine years. It will need to undertake considerable capital expenditure to make the switch.

“It’s a huge impact and will be replicated across the country,” said Jason Hargreaves.

The company has already invested in 110 electric vehicles, including trials of small trucks with Arrival, and the necessary charging infrastructure
at its depots.

“We are working on our environmental strategy and our understanding of what the van of the future needs to look like, especially as our capacity requirement increases because we are moving from letters to parcels,” Hargreaves added.

“But we don’t know the full LEZ (low emission zone) strategy. We are buying vehicles now for the next nine years but what are cities doing for the next two years? And, what is the lifespan of Euro 6? When is Euro 7 coming? No one knows.” 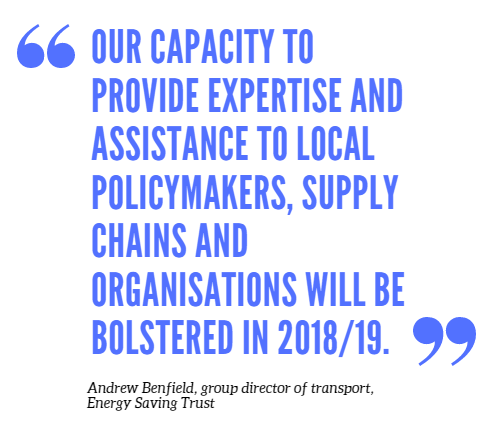 Although non-transport sources of NOx are considerable contributors, road transport is responsible for 80% of NOx concentrations at roadside, with diesel vehicles the largest source in the local areas of greatest concern.

The Government has also committed to investing almost £3 billion in air quality and cleaner transport. This includes:

However, according to Andrew Benfield: “There’s a lot of money but it can be tricky to access. The issue is a lack of expertise locally to access it; it’s not down to a lack of willing.”

EST can help organisations to secure funds. “Our capacity to provide expertise and assistance to local policymakers, supply chains and organisations will be bolstered in 2018/19,” Benfield said.

Diesel company cars could fall foul of emission standards if local authorities decide to use a version of Euro 6 which is not due to be introduced until 2020.