DriveTech: New products and a new approach for management team

New products and a new approach at DriveTech as a new management team seeks a “step change” in performance. Gareth Roberts reports.

Driver training is entering the world of virtual reality as one of the country’s biggest risk management companies plots a course for future success.

DriveTech, part of The AA, has a new senior management team, new products under development and a new sector-based approach, after a root and branch review of the business during the past 12 months.

“There’s been quite a lot of change,” admits DriveTech managing director David Wilson.

He’s not wrong. Wilson was brought in to conduct a review of the business in April 2016, having worked on other projects within The AA for the previous two years.

He found a risk management company offering everything from licence checking to CPC driver training. A far cry from its humble beginnings, when former traffic cop Chris Howell launched the business in 1990.

Bought by The AA in 2009, the business quickly grew with a series of acquisitions, including Peak Performance and Intelligent Data Systems (IDS) in 2011, and Dutch-based road risk company VVCR in 2014. 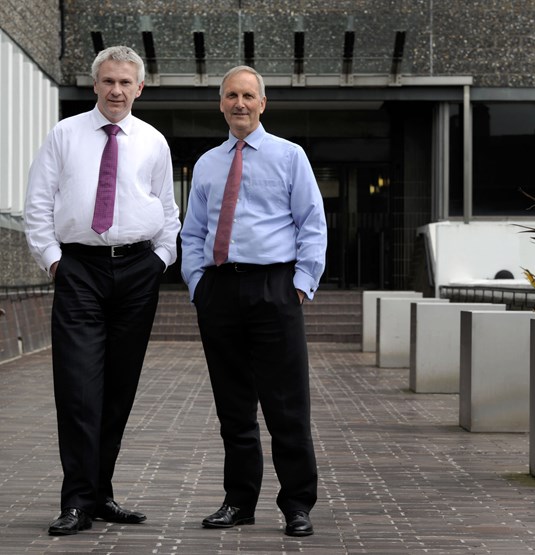 However, the legacy of this rapid growth was a business that had failed to fully integrate. Wilson says: “From a physical footprint, we’ve consolidated into one operation in Basingstoke and one management team.”

Its licence checking business IDS and contact centre can now be found under one roof, while a complete new sales structure gives a sector-led approach.

Chris Thornton, DriveTech sales director, says: “When I came on board, we had a team that was a little bit fragmented.”

A fleet may have had several different contacts within the business, dependent on what service was being offered. “I think we had become a little bit product-focused,” says Thornton. “Now we’re very customer and market-focused.”

Thornton, who has spent his career in the automotive aftermarket, most recently as managing director of Auto Windscreens, also joined the business just over a year ago.

He had first come into contact with Wilson when Auto Windscreens bought The AA’s automotive glazing business, AA AutoWindshields, in August 2015.

“My job at DriveTech is to bring a perspective for the future, taking what is already a good business and turning it into a great one,” he says.

Thornton is spearheading the company’s new, sector-based approach. It recognises the different requirements demonstrated by fleets operating from one sector to another, with a manager specialising in a particular area, such as bluelight, bus and coach or the supermarket sector.

He explains: “Somebody that understands what drives that sector – the customer, their challenges and needs – is better-placed to offer them the best solution.”

It is also increasingly engaging with different parts of a business as well, with driver risk management not always being part of the fleet manager’s remit.

Thornton says: “Today, we’re seeing procurement, HR, health and safety, and finance increasingly involved; we need to talk in terms that are understood by those different camps.”

The new sales strategy and senior management changes have been built around a more independently-minded business. Still part of The AA, as is underlined in its logo, DriveTech has stopped using the roadside recovery business as a prefix in its name and separated some back office functions to reflect its new outlook and structure. What was a shared IT resource, for example, is now a dedicated DriveTech team.

“It means we can get on with our priorities,” says Wilson. “We tap into The AA in terms of central functions and support services when we need them. Using that strength when it’s appropriate, but recognising our strategy and our customers are very different from roadside.”

The review understood the need for Drive-Tech to be able to adapt to a rapidly changing market.

“We’ve been able to drive the business forward a lot faster,” says Wilson. “It’s a very different dynamic to what was here before. We’re now much more fleet of foot and very focused on ‘our’ strategy.”

Thornton adds: “It also means we can drive our own product development without being part of a bigger prioritisation picture.”

Significant changes to the business have been backed with a £3 million infrastructure investment programme and an ambitious plan for organic growth.

Wilson says he will be “quite happy” if they have doubled revenue in the next three years.

“We’re not looking for 5% or 10%, we’re looking for a step change in the business,” he says. “But we also recognise we’ve got to put the building blocks in place to achieve that. We need to develop product.

“It’s not as easy as just flicking the switch, but The AA is committed to the business and we all want it to be successful.”

Going forward, DriveTech says its focus will be around customers, growth and product. It has a tried and tested suite of products catering for the two principal components of road risk management – identification and mitigation.

It is one of the country’s largest licence checking companies, for example, checking up to 600,000 licences each year, more than 10,000 per week on average.

Furthermore, with a driver trainer pool of some 400 experts, it has a significant capability for providing in-car one-to-one tuition.

But there are new risk indicators, such as telematics data, which DriveTech is beginning to tap into to help companies identify potential issues.

“We’re able to provide insight and advice by bringing analysis to that huge amount of data,” says Thornton. “What happened in the past was you identified a driver that was high risk and you stuck them on a course – a sheep dip approach.”

However, he says: “You’ll get a better outcome if you first understand what the issues are particular to that individual, you give them something that is tailored and specific, and you keep an eye on them going forward. We’ve moved on from saying ‘we’ll sell you a bit of training’.”

He admits that in the past “it’s not been that refined”, but says it’s now imperative that DriveTech is “crystal clear” about what it can deliver.

The company has carried out its own cost benefit analysis of training, with additional savings identified around insurance, SMR and fuel.

Thornton explains: “These three things are influenced by driver behaviour and typically people have focused more on what rate they’re buying those products at, rather than the volume they’re consuming them at, and what can they do to reduce that.”

While fleets will have enjoyed good payback thanks to a reduction in accident costs, he says: “There’s also a significant opportunity to reduce fuel costs, and service and maintenance as well.

“We’ve seen it in The AA fleet where we’ve done a lot of work around driver behaviour from telematics information and service and maintenance costs.”

Wilson calls it the “value-add” element – the insight DriveTech can provide. “We want to be seen as the industry leader,” he says.

To achieve that, DriveTech also recognises it needs to deliver its risk interventions in a more engaging and dynamic way.

Its hazard awareness videos have been shot in a 360-degree format where a view in every direction is recorded at the same time, shot using an omnidirectional camera or a collection of cameras. It allows the user to drag left or right to view the road, and potential hazards, around them.

“Once you’ve captured the scenario in that form it can be used on different devices very easily,” says Thornton.

DriveTech developers are exploring how far they can go, but virtual reality training sessions are already being developed, bringing driver training into a truly digital age.

“The skilful bit is then calibrating that to risk,” says Wilson.