‘Training is a real cornerstone for us', says Royal Mail

Narrowing down 120 driver training courses into three has paid big dividends for Royal Mail with the number of collisions in a year reduced by 12.3%. Andrew Ryan reports. 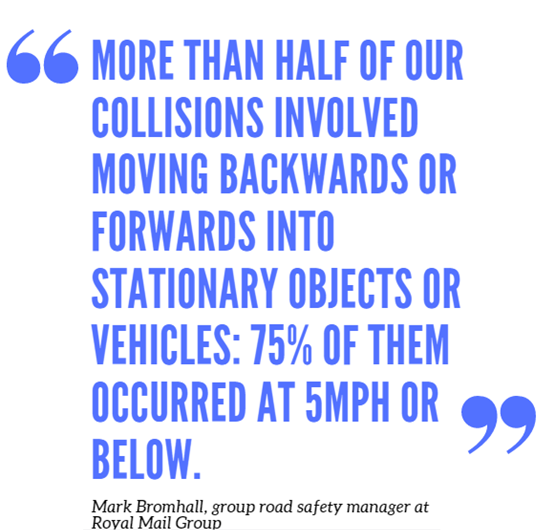 Royal Mail’s robust driver training regime is the “cornerstone” of its road risk programme which saw the company reduce its number of collisions in a year by 12.3%.

The business, which has 90,000 drivers and around 49,000 vehicles, had seen collisions fall to around 11,000 in 2014/15 due to a previous successful risk management programme, but that decline had plateaued for 12 months.

“That was still 11,000 opportunities for people to be hurt,” says Mark Bromhall (pictured below), group road safety manager at Royal Mail Group.

“We made our first big step towards changing that when we introduced a suite of eight new occupational road risk standards which saw us pull together different policies across the group.” 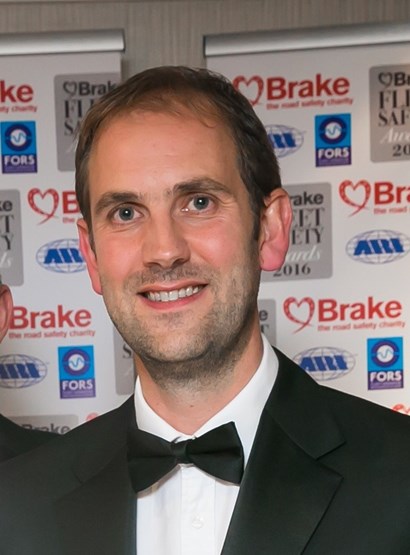 This saw it become mandatory that all employees had to receive on-road training before driving a Royal Mail vehicle.

Also included was that any driver assessed by instructors as high risk would not be allowed to drive until they were trained to a standard where “we felt they had an acceptable level of risk”, says Bromhall.

Royal Mail also analysed incident data to identify any trends it could address.

“We have so much information about how our accidents happen, where they happen and who is involved in them, and, the more we looked at it, our collision data just reflected what our people do: short journeys, slow speeds and manoeuvring,” he adds.

“More than half of our collisions involved moving backwards or forwards into stationary objects or vehicles: 75% of them occurred at 5mph or below.”

The analysis also found that over a two-year period, 80% of the company’s drivers had not been involved in any collisions.

However, 3% of its drivers who had multiple collisions accounted for 29% of all incidents.

“That really drove us to concentrate on our post-collision investigation processes, making sure everyone was complying with our procedures,” he adds.

Royal Mail’s driver training regime was also overhauled. Before the review, the company had used multiple suppliers, but decided to simplify its externally-sourced training by using only one supplier.

“This allowed us to revisit all our courses and write bespoke ones that fit our organisation and the risks our drivers face,” says Bromhall.

“It also meant we could get that consistently applied wherever our driver is in the UK.

“We went from 120 different courses into three: induction training, changeover training for drivers who are moving into different types of vehicles, and post-collision training.”

Other initiatives included developing a new approach to reduce the number of low-speed incidents.

“We picked whole offices and ensured they were trained,” says Bromhall.

“First in the classroom for the theory, and then practically in the yard. We trained just more than 2,000 in the 12-month period this way.

“Training is a real cornerstone for us.” 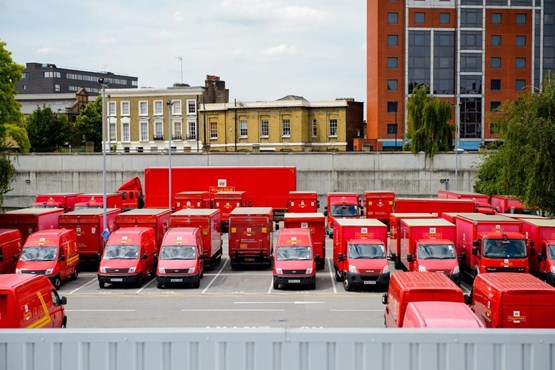 Communication has also been key. “The policy document was great, but as people may not remember it, we identified a few key places where we could put the right information in front of the right person at the right time,” says Bromhall.

“For example, four weeks before anyone starts, their manager gets an email reminding them of the requirements of our policy and we give them the information they need to arrange the training.

“We do the same post collisions. We send a pack telling them how to investigate collisions, while within hours of a driver being identified as high risk one of my team will ring the manager and ensure the driver has been taken off driving duties until such a time they can resume.”

“That was a fantastic result and within that we saw a 24% reduction in drivers having multiple collisions,” he adds.

Royal Mail has made savings by taking a holistic view of the fleet and identifying how it could do things differently rather than simply adapting existing policies. It is a massive organisation but that doesn’t hold it back when it comes to implementing new ideas; it is constantly trialling and testing solutions.

Fleet and safety: Is Artificial Intelligence the new safety revolution?

Fleet and safety: How to react to danger without any risk