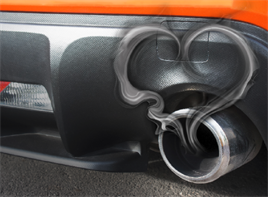 Diesel cars have undergone a technological revolution in the past 15 years, making them more efficient and more desirable.

But ever more stringent emissions rules have presented tougher challenges for manufacturers, and higher costs are often passed on to fleets.

Using taxation to drive down CO2 emissions fulfils a political ‘green’ agenda, as carbon dioxide is a global warming gas. And the European commission has also set manufacturers tough targets for average CO2 emissions from their new vehicles, so it is in the interests of car and van makers to offer a wide range of low-emission models.

But vehicle tax legislation does nothing to reduce the impact of higher oxides of nitrogen (NOx) and particulates found in diesel emissions, which are much less of a factor in petrol engines.

They are known to cause local pollution and aggravate respiratory conditions, and are firmly on the agenda of the UK Government and local (usually city-based) authorities.

These vehicle emissions are kept in check by other rules set by Europe, and vehicle manufacturers are currently in the process of launching new or updated engines to comply with the latest Euro 6 regulations.

The emissions limits for both petrol and diesel engines have been different over the years, as it has been more difficult and expensive to reduce the level of NOx and particulates in diesel. But Euro 6 sees the gap narrow.

However, manufacturers have developed different solutions to meet these new regulations, which will increase complexity for fleets and, in many cases, costs.

Since producing NOx and particulates are by-products of burning diesel, reducing the emissions to comply with regulations involves extra technology.

And, as history shows, this doesn’t always go smoothly. The first sign of the new technology required to meet stricter European rules came with the introduction of Euro 4 emissions. To meet these standards, manufacturers fitted diesel particulate filters (DPFs) on cars larger than small family models.

DPFs trap the soot particles from the incomplete combustion of diesel fuel. They are stored until the DPF is programmed to regenerate by burning off the particles at a high temperature when the vehicle is running at a sustained high speed, such as on the motorway.

Potential problems can occur if the vehicle is typically used in urban areas and does not have a regular opportunity to run at high speed for a long period.

The introduction of Euro 6 has seen a significant tightening of the rules on NOx emissions for diesel engines which will require additional technology for many cars to comply.

Manufacturers had already begun to exploit more sophisticated fuel injection systems and exhaust gas recirculation (EGR) as a means of reducing NOx. These continue to play a part in achieving Euro 6 compliance, and some cars can fall within the specified limits using just this technology.

Many vehicles use a lean NOx trap (LNT) to help clean up exhaust emissions. It is similar to a catalytic converter and absorbs NOx until full, when the LNT can be purged automatically by temporarily increasing the fuel flow to the engine.

The impact of increasing fuel flow is to affect fuel efficiency in real-world conditions.

Consequently, the cars are less likely to hit the official combined figure – but the impact is expected to only be slight in comparison to a non-LNT Euro 5 diesel.

Efficiency of the LNT is dependent on temperature and because it has a finite capacity, regeneration must occur in any driving conditions.
Another development, which is more common on larger vehicles, is the selective catalytic reduction (SCR), which can convert NOx emissions to nitrogen gas and water.

SCR works in conjunction with diesel exhaust fluid, often known as AdBlue – a trademark owned by the German Association of the Automobile Industry (VDA) – which is a high-concentration urea solution (32.5%) in de-ionised water. It is stored in a separate tank in the vehicle and is injected into the exhaust stream by a metering system to break down emissions.

Many vehicle manufacturers seeking to market diesel models in North America favour SCR as the technology makes it easier to comply with emissions rules in the US.

The extra cost of the technology is anticipated to increase the price of purchasing diesel cars, although the increasing number of petrol engines with turbos and direct injection perhaps moderates the cost gap.

Car manufacturers using the technology faced a dilemma, as fitting a fluid tank large enough to travel between services, which may be more than 20,000 miles for some variable service interval cars, would add additional weight, impacting on CO2 emissions. It would also have implications for packaging, especially on smaller cars.

At a time when many manufacturers are keen to save a few extra CO2 emissions by replacing a space-saver spare wheel with a puncture repair kit, smaller tank sizes have been the preferred option so cars will need replenishing between normal service intervals.

There will be additional costs for vehicles requiring diesel exhaust fluid, as the tank is likely to need refilling between services. AdBlue usage depends on driving style as it is used in direct proportion to the vehicle’s fuel efficiency.

A warning light on the dashboard will illuminate when the level is low and, at a certain point if the fluid isn’t topped up, the engine management system will prevent the vehicle from being started.

The fluid has a similar pence-per-litre cost to diesel, although it isn’t always possible to buy it in exactly the same quantity as the tank capacity.
The refilling process is uncomplicated and can be carried out by the driver, with guidance in the vehicle handbook or a manufacturer brochure about the technology.

Fleet News’s long-term Audi A6 Avant recently required an AdBlue top-up after 8,000 miles – the car has a 20,000-mile service schedule, which suggests at least two top-ups will be required during this time.

Stable-mate Volkswagen, meanwhile, suggests that its eighth-generation Passat, launched in January, could require top-ups after every 5,000 miles, adding £960 to the SMR cost over the same operating cycle.

This will need to be budgeted by leasing companies for ‘with maintenance’ contracts or by fleets if they have unbundled the SMR element. For the other solutions, the cost of the technology will usually be built into the car’s price that the customer pays.

As there is limited benefit to used car customers, there will be no improvement in the residual value of a Euro 6 diesel model compared to an identical Euro 5 car.

There is no particular rule over the strategies adopted by manufacturers. Mazda’s Skyactiv technology, with an incredibly low compression ratio for diesel, means less NOx is produced and no exhaust treatment is required.

Likewise, the Honda Civic diesel can achieve Euro 6 using exhaust gas recirculation, while the CR-V uses a lean NOx trap. The Vauxhall Astra and Meriva fitted with the new 1.6 CDTi diesel also use LNT, while the Zafira Tourer with the same engine uses SCR.

However, as future emissions rules further clamp down on NOx, the use of SCR could become commonplace on smaller cars. Fleets will need to carefully monitor cost projections as well as placing new diesel cars under closer scrutiny when they are serviced, to ensure they are choosing the correct powertrains for the future.