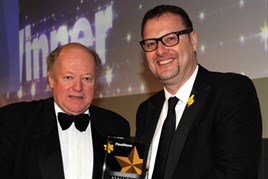 Nissan is eyeing growth in the fleet sector through an improving product line-up with the right credentials for a wide variety of organisations.

An all-new Note, revised Leaf and a facelifted Micra have been launched this year, while a new Qashqai will be revealed in 2014.

Nissan will also launch a completely revised X-Trail which will be re-positioned as a D-segment crossover in much the same way as the Qashqai is a C-sector crossover.

New Micra has undergone a substantial makeover to make it more appealing to a wider audience, with CO2 emissions starting from 95g/km.

New Note comes with either a 1.2-litre petrol engine or a 1.5-litre diesel engine, with the diesel emitting 95g/km of CO2 and offering a combined fuel economy figure of 78.5mpg.

Meanwhile, Nissan has made more than 100 significant changes to its electric Leaf, as well as reducing the price by £2,500.

Nissan has also increased the dealer fleet network from 54 to 75, within its total network of 205, giving the company greater expertise across a wider section of the country.

An expansion of the dealer network and exciting new product has been coupled with a major restructure of Nissan’s UK sales and marketing operation following the retirement of sales director Kevin Butler at the end of April.

He has the responsibility for driving sales of the electric Leaf, which was in the spotlight earlier this year.

Its impressive credentials saw it named as the best ultra-low carbon car – a new category in the Fleet News Awards.

Fleet News: The Leaf has won many plaudits since its launch, including being voted World Car of the Year in 2011, but how is it being received by fleets and what’s the initial feedback been like for the e-NV200 electric van?

Barry Beeston: The Leaf is a very strong proposition. It’s built very well, it’s a great car and if your requirements meet the specifications of the vehicle then it will be fit-for-purpose.

What we’ve found over the past few months is that where initially companies bought one or two vehicles to try, now we’re moving into more fleet volume deals.

For example, West Midlands Police has purchased 30 units, while UK Power Networks has just purchased 50.
Meanwhile, the initial response to the e-NV200 has been very good and we’re in the process of organising a trial with a very large UK corporate.