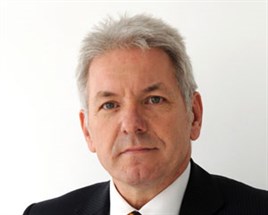 NHS Blood and Transplant’s (NHSBT) Larry Bannon has become a familiar face on the stage at recent industry awards ceremonies in recent years.

In the 2012 Fleet News Awards, he collected the trophy on behalf of his employer for the cost saving initiative of the year for a radical new approach to reducing end-of-contract lease damage charges.

The organisation’s winning run continued in this year’s Fleet News Awards. After being highly commended in the Safe Fleet of the Year category, the NHSBT’s national fleet services manager was back on the stage to receive the award for best kept fleet.

“Maintaining a well-kept fleet is vital for any organisation that wants to have efficient and reliable vehicles,” says Bannon. “There is no point having vehicles you can’t rely on or that are not available for work. We also provide an emergency response service to hospitals, so it’s vital we have a fleet that gives us the maximum reliability and that vehicles are available as and when we need them.”

Fleet News: How do you ensure vans are well maintained and available?

Larry Bannon: We have a key performance indicator that 95% of our vehicles must be available at all times to work and generally we exceed that figure. It is a real achievement between our maintenance provider Fraikin and ourselves that we are able to do this. It’s the same with our reliability. We don’t want vehicles going in for pre-planned maintenance, whether it is a service or MOT, and then a short time afterwards having to go back in for something that’s failed which could have been detected at a pre-planned event. We have developed a ‘content and interval’ system to capture those events before they happen. As part of this, we’ve adapted standard maintenance  and inspection check sheets to include all the extra  ancillary equipment on our vehicles, such as tail-lifts and fridges, so we know specialist components are not  getting overlooked.

We don’t have our own workshops, so we include everything that needs to be checked, and when, on the sheets. We’ve also built in reliability KPIs to ensure that less than 1% of vehicles break down within seven days of a service or inspection. This target is continually exceeded, with the average KPI figure for 2012/13 being just 0.1%.

FN: How important is the appearance of your vehicles?

LB: Our donors are doing selfless acts by giving blood on a voluntary basis and they look at us as their organisation. They see us as an extension of their family.

If we were to have unclean vehicles it wouldn’t go down well with them. Thankfully, the feedback we receive on our vehicles from them is very complimentary.

Our donors are so passionate and take so much ownership of what we do, it is important that we can say to them, to the patients and to the general public that we are a very professional organisation.

FN: How do you ensure vehicles are cleaned regularly?

LB: As an organisation we are classed as a  pharmaceutical manufacturer so we are governed by the Good Manufacturing Practice guidelines. Auditors will come in to make sure we are maintaining good practice in all areas, whether that is the laboratories, donors at the village hall or the operation and cleanliness of our vehicles.

Our policy says each vehicle must be cleaned inside and out every seven days. Drivers have to note this on their daily sheet and that gets coded into a central system which is monitored by regional managers.

They also go to our senior management team, which allows it to review and challenge what’s going on, and if there are issues of resource or sickness, we get the opportunity to put that right so we can maintain those high standards we set ourselves.

FN: How have you ensured driver engagement and buy-in?

LB: When I joined 14 years ago we had 15 main centres around the country and each location had its own specifications for vehicles. We set up a vehicle working party and the drivers were involved in providing the specification so the vehicles were fit for purpose. I’m really pleased and proud that these guys took ownership and got the specifications spot-on, because the test of time has shown not much has needed to be changed. The feedback I get is that the drivers are proud to be seen in these vehicles, that they are a joy to drive because they know that, whatever vehicle they jump into, the controls are in the same place and the equipment is where it should be because it’s all standardised.

FN: How do you monitor and control vehicle damage?

LB: We have HGVs that are subject to operator licence regulations so these are legally required to have safety checks and defect reporting. We don’t differentiate between these and a panel van, a 7.5-tonne van or a bluelight car. Our drivers have to do a walk around check and defect report on every vehicle. All those reports go to the local manager and then they will evaluate that vehicle. We don’t jump on every single scratch or bump, but if the vehicle starts to look in any way tatty, then we get it refurbished. We do have escalation policies whereby if we do have drivers that have a number of incidents then we have a chat with them and maybe give them a driver assessment, but it’s very rare this happens.

FN: How does your permit to drive scheme work?

LB: We instigated a permit to drive scheme about eight or nine years ago in which we note what type of vehicle the driver is eligible to drive. Unless they have a valid permit to drive, they are not allowed to drive a vehicle. When they sign up to a permit to drive, they are also signing up to a pledge that they are going to drive safely, sensibly and with regard to the organisation. It just gives an extra element to the conscience of the drivers that they are saying they will behave in a courteous and respectful manner. It’s an intangible thing to measure, but we believe it works and adds another element for drivers making a personal commitment to the organisation.

Safety is another key area of focus for NHSBT, says Bannon. “Our transport fleet travels 5.5 million miles a year and in 2012/13 the at-fault incidents against the mileage was something ridiculously low, around 0.0000059 incidents per mile,” he says. “We do have a very low incident rate, but you get to the point when you’re thinking, ‘Can we achieve zero incidents?’”

Telematics has been installed into its vehicles in the past three months and Bannon now has access to information he couldn’t see before.

“We’re going to look at the issue of speeding. Duty of care says that if we have this information we have to acknowledge it and act on it if necessary,” adds Bannon.

“One of the ways that we’re looking to act on it is to use the information for driver education: a carrot rather than a stick approach. We’re looking at introducing a speed awareness course.”

He says NHSBT is also looking at in-cab cameras to see if they could reduce the incident rate further. “I’m not sure how they may reduce accidents, but they would give us information about what actually happened.”