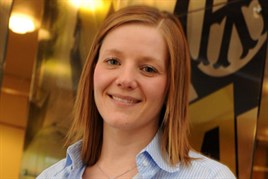 A fleet of incredible diversity was how one Fleet News Awards judge described the AA operation.

If asked, most people would no doubt call to mind the company’s high-profile recovery vehicles, but fleet manager Sarah Dopson’s responsibilities are far more wide ranging.

Her fleet is the seventh biggest in the Fleet200. It numbers nearly 5,000 cars and more than 3,500 vans and trucks which she divides into four categories: roadside recovery, the sub-op fleet (including fuel assist and home assist vehicles), company cars and the driving schools.

Each operates its own fleet policy including different replacement cycles.

At one end of the scale are the AA Driving School and BSM, where cars are kept for an average of eight months and 17,500 miles.

The AA and Saga company cars, and the AA’s patrol motorbikes, are retained for a conventional three years/60,000 miles.

It’s been an eventful 18 months for Dopson.

From 2010 to 2011, her total fleet size grew by more than 2,500 vehicles as she became responsible for the AA’s parent Acromas Holdings’ company vehicles as well as BSM after the acquisition at the end of January 2011.

The fleet personifies complexity, but the job is made easier by Dopson’s mature relationship with  suppliers. She treats them “as part of my team”, which means an open book approach to costs.

“I don’t believe in a philosophy of going through the contract line-by-line. It’s give and take; you can’t just beat suppliers down,” she explains.

Dopson has been with the AA fleet for 11 years, originally as part of Centrica PLC. When the business was sold in 2004 she became fleet manager for cars and the AA Driving School.

In 2007, when the business merged with Saga, she took control of the commercial fleet.

Dopson’s team of six controls every aspect of the fleet. She does all the contract negotiations and manages the procurement plan.

Fleet News: When the AA acquired the BSM business it was losing money. How did you help turn it around?

Sarah Dopson: One of the major issues was the fleet. BSM had a vehicle contract which committed it to a fixed volume of vehicles annually, which was far more than it needed.

It also had a sales agency element to instructors and pupils which didn’t work, separate commissioning and de-commissioning centres, inflexible vehicle logistics and a national pool fleet.

Now we have key-to-key home delivery for cars, no volume commitment agreement, a centralised pool fleet and well-managed commissioning and decommissioning process.

We have also signed a three-year contact with GM for the BSM vehicle provision.

We have made significant savings within the first operating year on fleet and BSM was pleased to announce that after losing money for more than five years it is now financially stable, which gives us a firm base to grow the business.