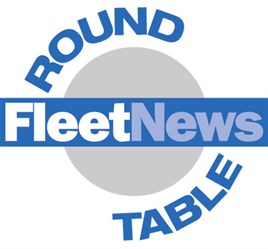 Cost management may have taken centre stage during the downturn, but fleets are still keeping a tight rein on risk, recognising the benefits it can bring.

Not surprisingly, driver training was seen as the first crucial step to managing risk and, while it required a willingness to invest, fleets understood the benefits of reduced fuel, insurance and SMR costs.

The training offers drivers a National Vocational Qualification (NVQ), helping them to achieve a greater buy-in from employees by giving them a tangible benefit.

“On the car side we also have a driver monitor programme to ensure a level of training for those employees as well,” said Wright.

“Safety is closely related to cost and avoiding the costs involved in repairing vehicles is a major consideration when we self-insure.

"And any way we can reduce our insurance costs is a massive step forward.”

Mears Group has taken similar steps in terms of risk management and recognises the obvious benefit it brings.

Fleet manager Jo Hammonds said: “We considered just ‘straight’ driver training for commercial and light commercial vehicles, but we did not find that to be hugely beneficial.

“As a result, we’ve linked up with a provider that can do a training programme that can give the driver a qualification.”

The course not only equips the employee with the skills to drive the vehicle in a safe and efficient manner, it also teaches them how to maintain the vehicle and how to load and unload it safely.

He continued: “There is a cost involved, but you are getting some benefit back and the driver will end up with a recognised qualification at the end of the process.”

Wright added: “You’ve got to give the driver something back to get them interested and keep them motivated.”

However, while training may initially reap rewards for the company and driver involved, the concern is that when it ends any benefits gained can start to diminish over time.

Wright explained that to counter the problem AAH Pharmaceuticals is monitoring any incidents with its accident management company so that it can intervene quickly and provide additional training where it may be required.

He added: “Training isn’t a one-day job, it’s a cultural change, but the more you can give your drivers the better chance you have of achieving sustainable change.”

However, embarking on a driver training programme crucially requires boardroom buy-in to cover the costs incurred.

“Getting a business to invest in driver training is the biggest challenge for anybody in fleet,” said Ian Green, group and fleet manager at Peverel.

Case studies that give real-world examples of companies that have invested in driver training and driven down costs can add weight to the fleet manager’s argument, as can benchmarking one fleet against another which is similar in size and make-up.

But what was also clear was the need to tackle all aspects of driver training, rather than tinkering around the edges by just providing desktop training, for example.

Peter Bonney, fleet co-ordinator for the Salvation Army, said: “If you’re going to embark on a training programme for your drivers, you’ve got to take a holistic approach.”