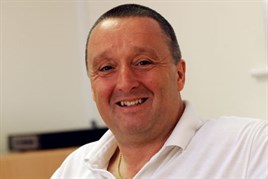 Andrew Bennett could be accused of being behind the times with his traditional approach to fleet management.

But he believes his back-to-basics Excel spreadsheets and filing system are just as effective as technologically-advanced solutions.

For evidence, he points to the company’s insurance premiums, which have reduced by £65 per car over the past two years through a combination of increased competition for his fleet as well as a more savvy operation over choosing which repairs to make a claims for.

Bennett graduated from Glasgow University Veterinary School in 1988 and began his career at the Broadway Veterinary clinic in Peterborough which, after a short stint at another surgery in Essex, he bought in 1991.

It became Best Friends which now has 32 branches and more than 150 employees with specialists in orthopaedics, tissue surgery, cardiology and health care offering a 24-hour emergency service, 365 days a year for animals.

The veterinary industry has historically provided cars and accommodation to its surgeons, but Bennett knew little about how to set up policies for company car drivers when he started his business.

For the past 15 years, Best Friends has had a solus deal with Nissan, and its relationship with Smiths, the franchised dealership in Peterborough, has been a crucial part of the fleet’s efficiency.

The dealership takes care of all service, maintenance and repair work as well as the de-fleet process, with the vehicles going back on the forecourt for sale or sent to auction.

“I think we do our fleet reasonably well considering we are a small fleet,” says Bennett.

“We have the basics covered. Nissan looks after me and Best Friends extremely well.”

Only veterinary surgeons and area managers are eligible for a company car, while there are a few vans for builders who do refurbishment and maintenance work across the 32 sites.

The day-to-day management of the fleet is split between Gill O’Hara, the group co-ordinator who consolidates vehicle reports, checks servicing schedules and books servicing and repairs, and Mark
Lindley, HR and safety manager, who maintains staff records including driving licences.

The fleet predominantly consists of Micras which the veterinary surgeons drive. Before the recession the cars used to be changed every year.

However, this was seen as too extravagant making the cars seem more like a perk so now cars are kept up to six years and a maximum of 100,000 miles, the point where he says higher servicing and repair bills would have a greater impact on costs.

Vans tend to be operated on a longer cycle depending on the condition of the vehicle.